The 6 Most Haunted Places in The West Midlands

The West Midlands is steeped in history that goes back millennia! It is no wonder that there are so many myths, legends and mysterious happenings in the area.

Let’s take a closer look at what we believe to be the 6 most haunted places in the West Midlands: 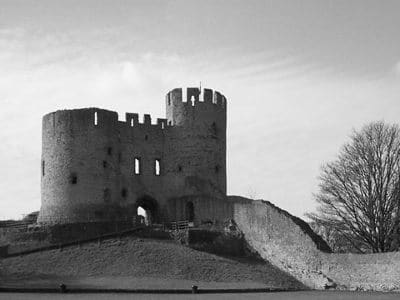 The ruins of Dudley Castle can be dated back to 1070 and what is left is a Grade 1 listed building. It has a rich and colourful history, and in 1937 the remains of the castle were incorporated into Dudley Zoo. The castle is considered to be one of the most haunted places in the West Midlands.

One of the most infamous ghosts at the castle is said to be the Grey Lady. Many people believe that this is the spirit of one Dorothy Beaumont who died in the castle during childbirth. Her ghostly form is often seen in the Castle Keep and the pub at the castle is even named in her honour – the Grey Lady Tavern.  However, it is the chapel undercroft that is said to be the most haunted area in the castle. Visitors frequently report strange sounds, shadowy figures and getting pushed and prodded by unseen entities.

Other ghosts that frequent the castle include a pair of phantom legs seen by a stone coffin in the Ancient Room and a young drummer boy killed at the castle during the English Civil War.

West Bromwich Manor House is a medieval Grade I listed building that was constructed in the latter part of the 13th century by the de Marnham Family. In its heyday, the manor was the central hub of the agricultural estate. It would originally have consisted of living quarters, agricultural barns and sheds, but it was added to a fair amount over the years and has seen a variety of uses in that time. In 1880 it was converted into tenements, but by 1950 it was more or less derelict. West Bromwich Corporation saved the property and renovated it before renting it out to Ansells Brewery in 1961 to serve as a restaurant. It is now in the hands of Sandwell Council who are in the process of restoring it to its former glory and amidst these renovations, there have been tales of hauntings.

Eyewitnesses have seen the spectre of a black-bearded man who simply stands to stare out of the windows of the manor house’s chapel when walking past the building and he has certainly scared a few people! There is also talk of a medieval era ghost who seems to frequent the Ladies toilets, but the most commonly sighted spirit in West Bromwich Manor House is linked to one of the building’s rooms which was actually sealed up for many years. Once the room was opened back up, the ghostly apparition of a young girl has been seen in the room on many occasions. She has been sighted semi-regularly although up until recently she hadn’t been reported for almost 30 years. Black-Eyed Children are phenomena that are reported all over the world, but Cannock Chase seems to be the only place where the sightings happen fairly consistently in daylight. 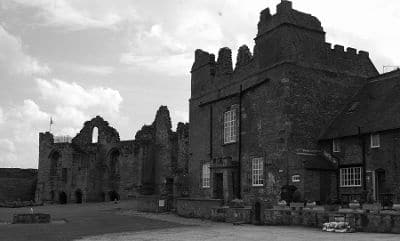 When people think about the haunted West Midlands, many people will immediately think of Tutbury Castle. The castle dates back to around 1071 and it is famous for being where Mary Queen of Scots was held captive not just once but on four separate occasions. She is supposed to be one of the many ghosts that are said to haunt the castle along with a white lady, a couple of children and a suit of armour!

Let’s start with that spooky suit of armour! The ghostly figure of a man in a complete suit of armour has been spotted outside John of Gaunt’s Gateway on a number of occasions and sometimes he is heard shouting ‘get thee hence’! The white lady is seen around the North Tower and often shows up in photographs. Next up we have a little girl known as Ellie who is thought to be around 7 years old. She appears in the King’s Bedroom and is said to tug on visitors’ fingers and even try to remove their rings.

Of course, the one ghost that everyone wants to know all about is Mary Queen of Scots! It seems strange that her spirit would hang around here given that she hated Tutbury Castle due to the fact that it served as her prison on several occasions. However, she has been sighted in the castle on a number of occasions. She was spotted in 1984 by a marine, walking quickly across the grass in the castle gardens and in 2004 a group of 40 men saw her in a full white Elizabethan gown looking down at them from the top of the South Tower. She is most frequently spotted between 10.15 pm and 11 pm for some reason and often by the most credible of witnesses including military personnel, archaeologists and sworn sceptics! 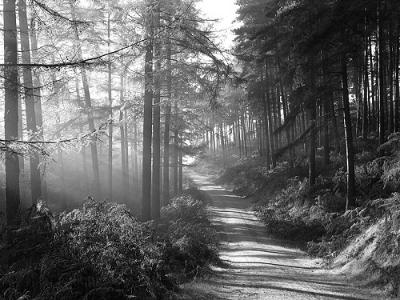 If you are interested in the paranormal, then you probably have already heard of Cannock Chase, after all, it is one of the most haunted places in the West Midlands. This is because Cannock Chase is home to the famous black-eyed girl. She is described as being short with coal-black eyes and her head tilted at an unnatural angle. She is believed to be the victim of a diphtheria outbreak in the area during the 1800s 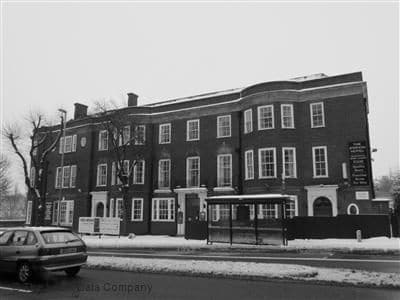 The Station Hotel in Dudley dates all the way back to 1863. Originally, the hotel sat opposite the Opera House and then when that was burned to the ground, Dudley Hippodrome was built on the site. The Station Hotel was a popular place for performing artists to spend the night. As you can see the building is rich with history – there was even at least one documented murder! In the nineties, the hotel manager murdered a maid and hid her corpse in a beer barrel! No wonder the hotel is haunted!

The cellar seems to be something of a focal point for the paranormal activity. A lady in a Victorian dress is often spotted down there and hotel staff say that they are spooked on a fairly regular basis by the beer barrels moving of their own accord! Things are not any quieter upstairs! An elderly male spirit is often seen sitting at one of the tables in the hotel dining room and rooms 213 through 217 are said to be haunted by a spectral woman in white with room 214 is the most infamous! However, all of this pales in comparison to the most terrifying paranormal activity of all – an unknown entity in the hotel dining room (not the elderly gentleman) that regularly throws knives at hotel staff!

Drakelow Tunnels, or Drakelow Underground Dispersal Factory as it is sometimes known, were originally excavated during World War II. It was built as a shadow factory for Rover who was supplying the RAF with engines during the war and also served as a backup factory for the car manufacturer in the event that any of their main factories were ever destroyed. In the fifties, the tunnels were put to use as storage for the ministry of supply until 1958 when they were used as a regional seat of government. In time, the site was sold to private owners circa 1993, with the plan to convert them for residential and/or commercial properties. However, this was met with strong opposition from the Preservation Trust who believed that the tunnels should be preserved as a place of historical significance.

It is believed that at least 6 people died during the construction of the tunnels and it stands to reason that most of the paranormal activity that occurs here is attributed to those people. One of these spirits is known by the name ‘Oswald’ and he is said to be very mischievous! He likes to pull hair, move objects and touch people all throughout the tunnels.

There is also much darker activity here and it has been rumoured that during the decommissioning of the site, the tunnels may have been used as a place for Satanic rituals and worship. This is thought to have opened up a door to another realm and visiting mediums have warned of a demonic presence.

Other Haunted Places in the West Midlands: