As with many castles, hauntings go hand in hand. Tutbury is no different in that aspect. It’s believed to be haunted by Mary Queen of Scots, an apparition in a full suit of armour, a white lady, a little boy, and a small girl.

The Man in Armour

The ghostly figure of a man in a full suit of armour has been seen on many occasions. He has been seen outside of John of Gaunt’s Gateway and on one occasion was heard shouting “Get thee hence!”. He was last seen around four years ago during the day by one of the visitors, who reported hearing him say, “get over the fence!”. Although re-enactments are commonplace at Tutbury, the visitor pointed out that none were scheduled for that day, so nobody would have been dressed like that. Could this have been the mysterious man in armour?

The most famous of all the ghosts most certainly is Mary. She despised Tutbury as it was often the prison she suffered worst of all. In 2004 she was seen by 40 men, standing at the top of the South Tower peering down at them. She was dressed in a full white Elizabethan gown. When they saw her, the men laughed as they thought a staff member had put on the dress as a joke. However, it was pointed out that nobody on staff has a white gown, so it would have been impossible for the figure they had seen to be a staff member. The men were profoundly disturbed by this experience, and what makes this a significant report is the fact that so many saw her.

In 1984, a serving marine witnessed her, walking at a breakneck pace across the grass.

There have been several sightings of Mary recently, particularly during a 10.15 p.m. – 11.00 p.m. window. One summer, she was seen by several senior members of staff, who are quick to brush off anything paranormal about the castle. Not only that, that same summer, archaeologists who were taking part in an extensive 5-year dig at the castle witnessed her as well. There’s also been a figure dressed in black, seen looking through the window of the Great Hall, often by people leaving the castle in their cars.

On the grassy bank, a white human-shaped mist is often seen around the North Tower. Pictures of her are taken regularly.

It’s believed Ellie is a child of 7 years. However, she has the appearance of a 5-year-old. She has often been felt and experienced in the King’s Bedroom. People have reported her pulling fingers, holding hands, removing rings, and causing an electric pulse in the arm.

A little boy wearing a white shirt has been seen sitting on the stairs of the Great Hall. His lifelike appearance has led visitors to believe he’s a real boy.

Film & TV crews often report batteries suddenly draining in their cameras and equipment. Blue lights have been witnessed sparking and moving around some of the rooms. People have often seen lights circling people, mainly Leslie Smith (the Curator), when playing Mary Queen of Scots in the Great Hall. Thousands have also pictured orbs.

History shows Tutbury Castle has stood since 1071, around the time the Normans began building many castles across the country to establish their authority over the people. Since its construction, it has played a significant part in the history of England, both in peace and war!

Perhaps the most famous of all the historical facts relating to Tutbury is the imprisonment of Mary Queen of Scots. She was held captive here on four separate occasions, and it was here where the plot that inevitably led to her death was conceived.

The de Ferrers family lived here when the castle was used as a wapentake. The castle was later the seat of the earls and dukes of Lancaster. During this time, Tutbury was one of the great centres of power. It was a popular destination for royalty, including many English Kings. It was also the home of the great John of Gaunt, 2nd Duke of Lancaster, whose descendants included many Kings, such as Henry IV, his son, Henry V, his grandson, and his great-grandson, Henry VI. During his life, John was one of the richest men of his era and one of the wealthiest men to have ever lived. Considering inflation, he would be worth £69 billion in today’s economy.

It has suffered several sieges in the past, which resulted in the castle being destroyed and rebuilt many times. After holding out for Charles I during the Civil War, it was to suffer one last blow in 1647, when Parliament ordered the castle to be destroyed. However, the castle wasn’t destroyed, and the remains are what you can see today.

Related pages: The 5 Most Haunted Places in Staffordshire 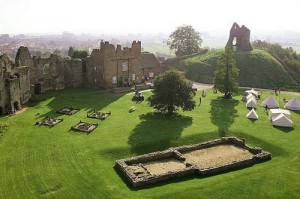 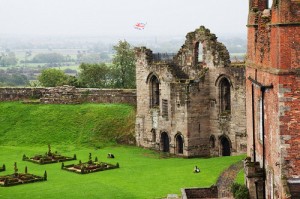 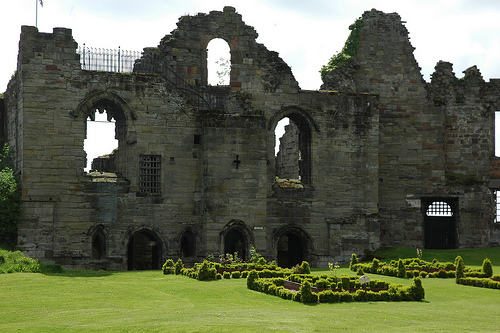 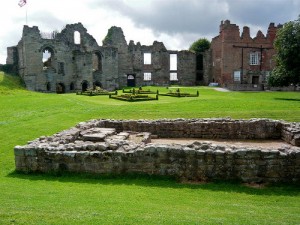