This is a real hive of activity if the reports are anything to go by. Most Haunted investigated here and uncovered several interesting occurrences.

A mischievous spirit is said to pinch staff and visitors bottoms, and there have also been reports of visitors being touched, particularly near the stairs between the Bower and Solar rooms. A lady in a period dress has also been seen to walk the stairs. People have reported smelling burning wood, and orbs have been regularly caught on camera.

A small boy with long black curly hair known as Tommy has been felt in the Solar room by mediums. The presence of a young girl has also been touched on. People who have been in the withdrawing room have seen figures dressed in soldier uniform walking past the windows outside. They’re thought to be Royalists soldiers who passed through here during the Civil War.

The church plays host to a grey lady who has been seen sitting in one of the front paws and a spirit who has been seen kneeling at the altar. George Marsh, a local curate, was tried in the courtroom here and was sentenced to death at the stake. His footprint is said to be left in the flagstone on the way up to the room where he was held. One of the residents removed this, but it was reported that there was an uproar of poltergeist activity, and it was placed back facing the wrong way. People have refused to enter the room because of the feeling of a malevolent spirit lurking around there.

The most recent report of the paranormal was that of a short figure with black hair and old clothes being seen crouched down near a tour guide in the Tea Room. The guide later looked at the Foxe’s Book of English Martyrs’ and was shocked to see how similar George Marsh was.

On many occasions, the shop manager in the Hall has been looking into a particular mirror only to see a tall man with bushy white hair dressed in black standing in the doorway and sometimes near the stairs. When the house was a residential home, security guards regularly reported horses galloping outside the front of the house.

There has been a building here on this land since the early 13th Century. The significant families that have been constant throughout history with this property were the Radcliffes, Ainsworths, and Bartons.

Little is known about the Radcliffes and Bartons. However, the Radcliffes were present at Agincourt and the War of the Roses – on the Lancastrian side.

In 1801 Richard Ainsworth purchased the Smithills Hall. The Ainsworths were successful bleachers and were made very wealthy during the Industrial Revolution.

Richard’s grandson inherited Smithills in 1870 and hired the architect George Davey to remodel the 16th Century parts of the building and add further wings to the already vast property.

Nigel Ainsworth inherited the Hall in 1926, and it was he who sold the Hall onto the Bolton Council in 1938 for the princely sum of £70,000. The oldest part of the home was opened as a museum in 1963, and the rest of the property was used as a residential home and day centre.

Today the Hall has many uses, including a museum, restaurant, wedding venue,  and home to the paranormal. 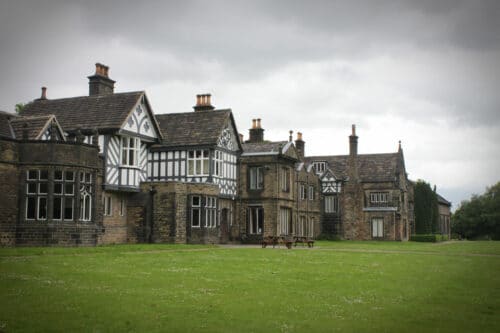 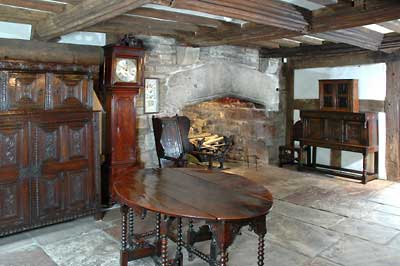 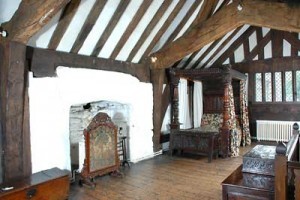 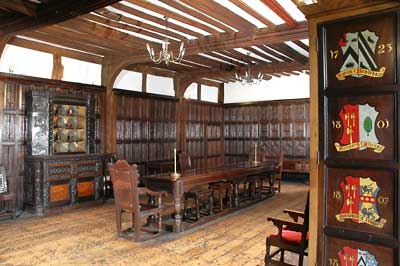 Smithills Hall is open to the public year-round, Wednesday, Thursday, Friday 10am to 4pm and Sunday 12pm to 4pm.

You can tour the hall for free or book one of the excellent guided tours priced at £5 for adults and £4 for concessions.