The delightful Dalston Hall is steeped in centuries of history having been built over 500 years ago. The mansion is home to many ghosts, one in particular is said to be that of Lady Jane. You may see her walking around in Tudor attire in the gallery above the manorial hall. Other reported sightings include the Handyman, sad Emily, and an unknown young girl…

There have been various stories of barrels moving in the cellar and sightings of workmen, even ghostly workmen handing tools to real workmen, but these can be put down to The Handyman below.

Two psychics have independently described an entity that is non-human and appears to them as black fog. It appears to have something protruding from its forehead, which has been described by one psychic as a hat, though the other disagreed. They did agree that it could move fast, move through floors, and had long fingers with long weird fingernails and liked to loom over people to scare them. In fact, it turned out to be a big bully and though it got a kick out of scaring people, couldn’t really harm them.

The Handyman lives in the cellar with Mr Fingernails, though whether they get on is unknown. He is described as having tweed or check trousers, being big and physical. He enjoyed his job with the barrels so much he never wanted to leave. It is a physical job but he’s proud of being the breadwinner and a real man. Or was he?. He has a significant armband on his right arm which is to do with his job – it may be a badge of rank. He also has a horse with long hair on its fetlocks so I guess he’s some kind of drayman.

Girl Being Dragged By Hair:

This poor girl who is described as having a pale face, possibly powdered was seen being dragged by her hair, beaten up, raped and possibly thrown out of the window to her death, by a burly man dressed in leather. We have no idea of the period for this but it could be the 1500s. The psychics felt she was a courtesan or ‘floozie’. This scene happened in the corridor outside Rooms 4,5 and 6.

This poor girl stands by the window in Room 4 gazing south. Three psychics have independently felt great sadness here and two of them reported the sensation that the girl had looked out of the window thousands of times. She is described as having a headdress, like a bonnet, but more in the style of a headband with flowers and white cotton frills. It holds her head back. Her waist is drawn in tightly as if by stays. She has a ring on her finger, which she fingers. It is felt that perhaps she is pining for a man who never returned. An older lady comes in to check if she is all right.

The Dogs and Party:

There is a party going on in the Baronial Hall with fat dogs and people and high-pitched pipe music – possibly medieval. A woman also haunts the grille at the bottom of the tower that leads into the hall, and there are strong feelings that there is a void under the hall floor (now bricked up) and Mr Fingernails comes up from this. The party may be the same one from which the girl dragged by her hair (above) was taken.

Three Women and a Young Girl:

On the stairs, there are three young women and a small blonde girl. They watch people going up and down, but what they are really doing, and why is it a mystery?…

Dalston Hall is a luxurious 15th Century Mansion with a fascinating history. Guests can expect a venue with a difference, and as witnessed by the GMTV Haunted team, a few ghosts! The hotel offers a peaceful and tranquil setting to guests, and the perfect retreat in the beautiful countryside on the northern edge of the Lake District, ideally placed for the national treasure Hadrian’s Wall.

The hotel has recently undergone considerable refurbishment involving the ground floor public areas being restyled but still keeping the original character of this 15th Century family Mansion. The bedrooms have also been restyled to an elegant character but each has its own unique luxurious style.

Why not enjoy a day at the races, and visit Carlisle Race Course, which is only a short distance from Dalston Hall Hotel. Or, take advantage of the Caldew Golf Course next door to Dalston Hall, perfect for business and conference guests wishing to relax. We’re located only three miles south of Carlisle on the B5299 in the village of Dalston, so Carlisle Cathedral and Castle, and attractions such as the superb Tullie House Art Gallery and Museum are easily accessible.

Dalston Hall was built over 600 years ago, and guests will be charmed by our nighttime floodlight towers and the stone and orangey-red sandstone. The hotel is approached up a drive-through tree. Watch out for the ghost of the Victorian handyman as you drive up at night! He has been spotted on the grounds. We pride ourselves on the highest standards of service we offer, and we continue to ensure these standards of excellence through our staff training in service and attitude. Nothing is of too much or to little trouble.

Carlisle is one of England’s most historic cities. It is situated within a few miles of the Scottish border and, at one time, was the focus of many disputes and battles. As well as the modern city, boasting a new university, the castle and cathedral are the centre-pieces to this attractive city. There are many cafes and restaurants as well as the famous Lanes shopping centre and Tullie House Museum.

The Lake District is a relatively small area of some 885 square miles. A short drive from Dalston will take you to Caldbeck in the northern fells group. The drive to Keswick, Ullswater, Windermere and even Wastwater is only a little further. Historic monuments, fantastic activities and excellent cuisine abound. The area is a mecca for walkers and climbers of all standards.

The Scottish Borders historically bore the brunt of the conflicts with England, both during declared wars such as the Wars of Scottish Independence, and armed raids which took place in the times of the Border Reivers. Thus, across the region are to be seen the ruins of many castles, abbeys and even towns. Days can be spent exploring the villages and towns through an area of diverse landscape. From the beaches of Galloway to the Southern Uplands and onwards to Berwick and the east coast there is no shortage of things to do on day trips from Dalston.

You will find something to suit every taste and budget in Hadrian’s Wall Country. Steeped in history there are 14 major Roman sites, forts and museums and countless milecastles and turrets to explore, as well as many great non-Roman places on offer. Explore the stunning landscape of the World Heritage Site on foot, or cycle, at your own ease or accompanied by one of our recommended itineraries and take in the fantastic atmosphere of the bustling cities, market towns and quaint villages you will find along the way. 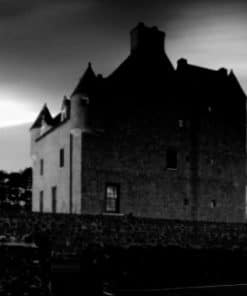 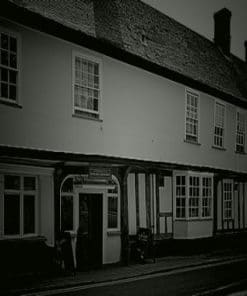