As one would come to expect from a site that has over 1000 years of history, there are a number of reports of paranormal goings-on at Muncaster Castle.

If you were to ask someone from Ravenglass about the ghosts at Muncaster, they’d likely go on to tell you about Tom Skelton, aka Tom Fool.

Tom was a jester, and he was held in high regard around Muncaster Castle during the late 16th and early 17th century, up until his death sometime in 1600. He was a spiteful character, though, who would direct people towards the quicksand when they were looking for directions if he didn’t like the look of them.

He was also believed to be behind the beheading of a local carpenter, whose only crime was to fall in love with Sir Ferdinand Penningtons daughter, Helwise. The murder was thought to be under Sir Pennington’s orders, and Tom, who was keen to increase his status, was eager to oblige.

The current owners of the castle believe Tom is still residing in the castle, and they attribute most of the strange happenings to him, especially the more sinister activities. He’s often felt or heard, but he’s never seen.

The White Lady of Muncaster Castle

The White Lady, aka the Muncaster Boggle, is another prominent ghost. It’s thought to be the spirit of Mary Bragg, who was a housekeeper in Ravenglass during the early 1800s. She fell in love with a footman at Muncaster Castle, but unfortunately for her, so was one of the housemaids.

Mary would meet regularly with the footman, but on one particular night, she was approached by two men who told her that her lover was ill-stricken and requested her at his bedside.

She never did make it, though, as the two men reportedly took her to the side of the road and murdered her. Her body was found weeks later floating down the Esk River. It was in such a bad state from the eels in the river, finding a cause of death was impossible.

The most haunted area in the castle is the Tapestry Room. Over the years, there have been many reports, the most frequent being the sound of a baby crying and soft singing, believed to be a mother/nanny consoling an upset child/baby, as the room was once the nursery.

Other reports include a rattling of the door handle in the middle of the night, the door opening, footsteps, dragging sounds, dark masses appearing, the feeling of someone sitting down on the bed, unexplained temperature drops, and an overwhelming sense of someone else being in the room.

Muncaster Castle offers up to 8 people (recommended 6 for comfort) a unique opportunity to stay in the Tapestry Room overnight. You will be entertained first of all with a historical tour of the castle, learning about all the tales and legends surrounding the castle, as well as an introduction to its ghostly residents.

Then the following morning, you will be treated to a full English Breakfast in Creeping Kate’s Kitchen.

A deposit to secure the date of £100 will be required at the time of booking and the balance four weeks before arrival.

Booking is subject to terms and conditions, and all participants need to be 18 years old or over.

Related pages: The Most Haunted Places in Cumbria

Alan de Penitone was granted ownership of the lands in 1208, but it wasn’t until 1258 that the castle was built, with Gamel de Mulcastre behind it. As with most historic castles, construction would continue throughout the centuries, with additions and renovations carried out every century since.

In 1464 Sir John Pennington gave Henry VI shelter after he was found wandering after the defeat at the Battle of Hexham at the hands of John Neville and his men.

Three centuries later, John, Lord Muncaster, would commemorate this moment by erecting a tower (now known as Chapels) in the location that the shepherds found the fugitive King.

On his departure, King Henry left his drinking bowl as a sign of gratitude for Sir John’s hospitality.

King Henry told Sir John that as long as the bowl remained quite whole and unbroken, the Penington family would continue to live and thrive in the castle. The bowl is still intact today and is known as the ‘Luck of Muncaster’.

During the 17th and 18th centuries, the family continued to marry successfully. This led to the fifth Baronet becoming the first Baron of Muncaster in 1783. He is responsible for the planting of the large hardwood trees you see today, as well as the present library.

While serving in America, he was caught up in a duel with a man he killed. The quarrel was over the humming of a tune no less! General Lowther Penington was to succeed him as his brother, who was well known to be a hot head in his youth.

In 1862 shortly before his death, his grandson Gamel Augustus would instruct the famous architect Anthony Salvin to update the house. Salvin would build over the courtyard built by the first Lord Muncaster, converting it to the Drawing Room as you see today.

In 1917 the last fifth and last Lord Muncaster (Gamel’s brother) died without an heir, so the estate passed on to his mother’s side of the family, the Ramsdens, who has played a significant part in the history of Yorkshire. 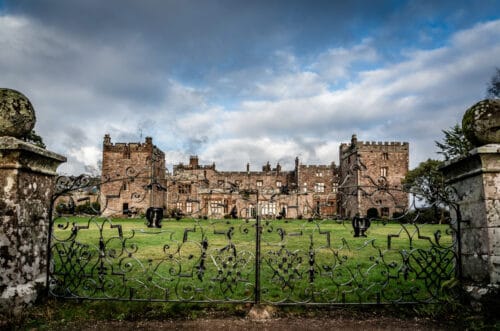 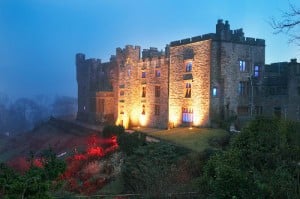 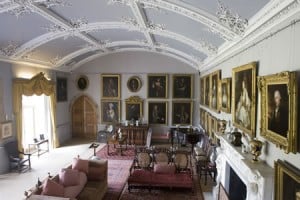 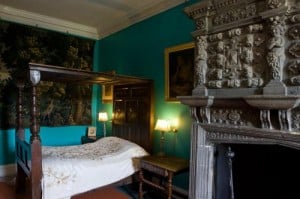 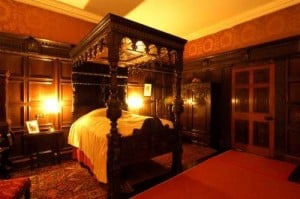 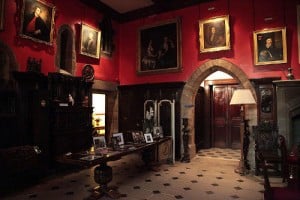 If you want to explore the spooky side of Muncaster Castle, you can join a ghost tour if you book a stay in the castle’s most haunted area, the Tapestry Room. Groups of 8 or less can stay here overnight for just £450.