Like most 800+ year old buildings, Ordsall Hall has its fair share of hauntings. Ordsall Hall’s most famous ghost is the White Lady. She has been reported to walk around the halls and the Star Chamber holding a candle.  The White Lady’s true identity remains in question until now, although there have been many suggestions for who she could have been in life.

Some people believe that she is Queen Elizabeth I’s maid of honour, while others think that she is Margaret Radclyffe, who died in 1599, just a few days after her brother’s death.  There are also stories that the White Lady is the ghost of a jilted bride who was left waiting on the altar for her groom. She was so grief-stricken that she was said to have jumped from the Great Hall to her death.

Then again, she could be Viviana Radclyffe. It is believed that the infamous Guy Fawkes fell in love with her when he was plotting the Gunpowder Plot in Ordsall Hall. An episode of the popular television program Most Haunted was filmed in the Hall in 2004.

Sir John Radclyffe is another former resident who haunts the Hall. His ghost is known to be rather fond of the ladies, having made some pretty bold advances in the past.

In the star chamber, women often report the feeling of unseen hands touching and pushing them and gentle caressing of their faces.

In the attic paranormal investigators often report the feeling of a menacing entity, with people being pushed, unexplained temperature drops, and feelings of being watched.

The ghost of a little girl called Cecily appears when children are present, or parties are going on. The sweet smell of roses often accompanies her presence.

Related pages: The Most Haunted Places in Manchester

The oldest parts of the Hall were built in the 15th century. However, a dwelling has been on the site for more than 800 years. Mentioned in records dating back to 1177, ‘Ordeshala’ paid two marks towards an aid, a feudal due or tax.

The original Hall was owned by David de Hulton, and it was built in 1251. The Hall came into the ownership of the Radclyffe family in 1335. However, Sir John Radclyffe waited until 1354 to establish his inheritance. As described in 1351, the manor had 120 acres of land, 12 acres of wood, and 12 acres of meadow.

In the 1340s, Sir John Radclyffe campaigned in France with Edward III. He was well rewarded for his service, and he was allowed by the King to take with him some Flemish weavers back to his estate. He built cottages for them to live in, and he asked them to instruct the local weavers because, by then, the weaving skills of the English were thought to be of poor quality.

In 1512 the current Hall was built by Sir Alexander Radclyffe, the High Sheriff of Lancashire.

The Hall remained in the Radclyffe family until financial trouble hit Sir Alexander, and the English Civil War broke out. With Sir Alexander supporting the Royalist cause, he was imprisoned, leaving his son and heir, John, in charge of the running of the estate, before the financial impact forced him to sell to Colonel John Birch in 1662.

The Hall was sold to the Oldfield family of Leftwich, near Northwich, in the late 1600s, then later in the early 1700s to John Stock. After Stock’s death, the Hall was sold by his son’s to Samuel Hill of Shenstone, Staffordshire. Following Hill’s death two years later in 1758, the Hall was passed to Hill’s nephew, Samuel Egerton of Tatton.

It would undergo several renovations and changes of use under the ownership of the Egerton’s until 1959, when it was sold to the Salford Corporation. After many years of restoration work, the Hall was opened as a museum in 1972. 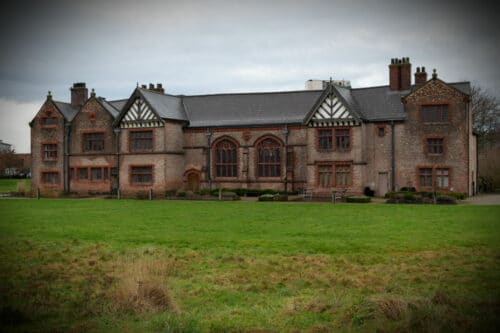 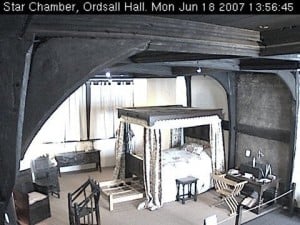 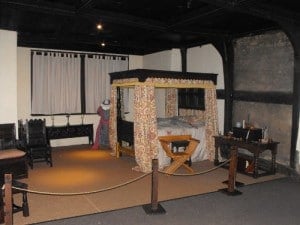 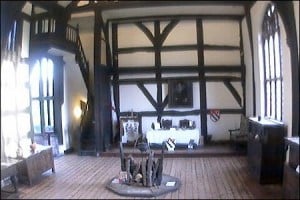 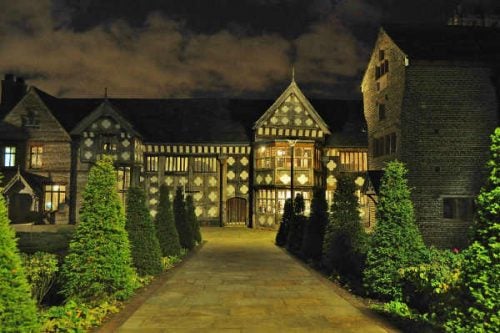 Ordsall Hall is open to the public and free to visit throughout the year, with many things to see and do, including guided tours, gardens, cafes, and more.

You don’t need to book in advance, but there are limits on the number of people in rooms at any given time.