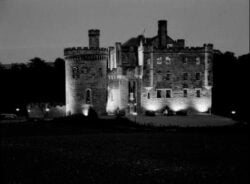 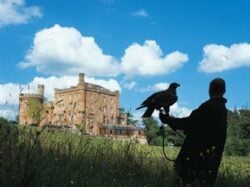 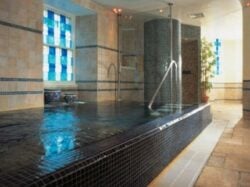 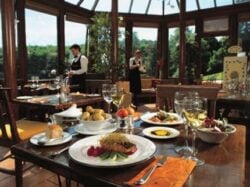 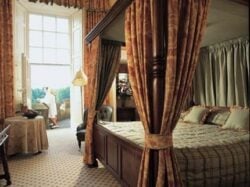 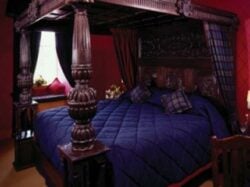 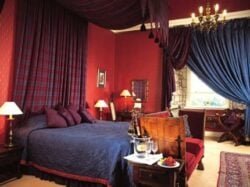 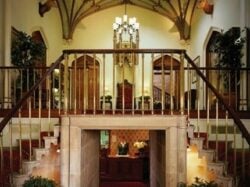 Dalhousie Castle and Spa is a stunningly luxurious and traditional hotel, packed to the rafters with period features, antiques and relics. It’s a very elegant building with a long and varied history – and a number of ghostly spectres…

Dating way back to the 13th century, this castle has seen many people passing through its doors. Regarded as one of Edinburgh’s most haunted places, it’s alleged to be haunted by a number of ghosts, most notably that of Sir Alexander Ramsay. He was starved to death in 1342 in Hermitage Castle by William Douglas and has been seen roaming the halls and grounds of the hotel since then. Another of the ghosts is that of Lady Catherine, known as the ‘Grey Lady’, often seen around the turrets and in the dungeon of the castle.

Because the ghostly activity is so rife at the hotel, ghost tours now happen at Dalhousie castle on a regular basis, allowing individuals to see some of the spooky sights for themselves – but guests who have no part in the ghost tours have also experienced spooky happenings, including unexplained noises, movement of objects and footsteps in the night. See other haunted hotels in Edinburgh.

Originally built in the 13th century, only the vaults and thick walls at the foundation level remain of the original castle. Much of the present structure was built in 1450, although many extensions and alterations have occurred over the following centuries. Entry into the castle used to only be via a drawbridge over a moat, but when the castle was turned into a hotel, the moat was re-excavated.

Dalhousie hotel offers 29 luxury bedrooms, all decorated in traditional Scottish fabrics such as tweed, tartan and twill. All of the rooms contain period furniture, soft carpets and antique rugs to really enhance the sense of grandeur and history that you get from the hotel. 20 of the rooms are themed – 2 themed suites, 9 themed four-posters, 7 themed twins/doubles and 2 executive themed doubles. There are also 9 castle-standard bedrooms, but these are also individually designed and decorated.

You have two eating options at the hotel, one of which is a hugely atmospheric restaurant located in the dungeons, complete with stonework, metal armour and weaponry and shadows across the walls. Here you will find fine Scottish cuisine that really makes the most of local produce. You could also eat in the Orangery Restaurant, which offers a more informal eating experience with sweeping views over the River Esk. There’s plenty to do at the hotel, too – try a relaxing treatment in the spa or have a go in the Hydro Pool. You could also try one of their falconry experiences or take your hand to falconry on their five-day falconry training course, or why not have a go at archery?

The hotel has a wedding license as well as an exclusive use option, whereby you can use the whole castle in private. Whatever you choose to do at the castle, you’re sure to have a fantastically relaxing stay here.

If you get bored of having treatments in the spa or enjoying some of the sports activities that the hotel has available, you could take a walk on one of the three trails around the castle, ranging from half an hour to three hours. Explore some of the cultural experiences that Scotland has to offer, such as theatres, museums and art galleries, or indulge your inner shopaholic and go shopping in of the many boutiques Scotland has to offer.

Related Pages: The Most Haunted Pubs in Edinburgh 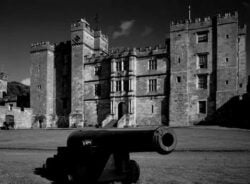 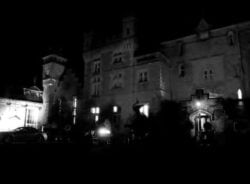 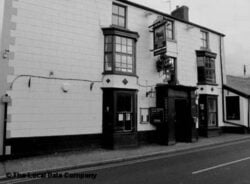 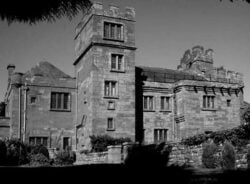 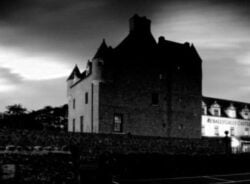