The Ghosts of Glamis Castle

Many reported ghosts haunt Glamis Castle, however, it’s widely believed that there are at least nine ghosts in total that call the castle home. How accurate this spectral headcount is is open for debate of course.

What’s for sure however is the fact Glamis Castle is considered one of the most haunted places in Scotland. Here are some of the more famous ghosts associated with Glamis.

The Woman without a Tongue

Perhaps the most reported, indeed the most chilling, is the ghost of the woman with no tongue. She has been seen wandering around the grounds pointing to her badly wounded face.

She has also been seen looking out from a barred window within the castle. It is not clear who this spirit might be or what may have happened to her.

The Grey Lady Ghost of Glamis

Believed to be the ghost of Lady Glamis (Janet Douglas), who was burned at the stake for being a supposed witch in 1537.

Her first husband was John Lyon (Lord Glamis), with whom she had a son also named John. She was accused of poisoning him upon his death in 1528, but she was cleared of the crime and was free to marry her second husband, Archibald Campbell of Skipness.

However, in July 1537, she was accused of conspiring to poison King James V of Scotland and communicating with her brothers, who were part of several conspiracies against the King.

Although the allegations were false, she was sent to Edinburgh Castle dungeon with her husband (who escaped but was later killed).

James could not find any evidence to convict her, so he tortured her family and servants in a bid to “find the truth”. Janet was later convicted and burned at the stake on 17 July 1537 at Castle Hill, Edinburgh.

In addition to haunting Glamis Castle, visitors to Edinburgh Castle may meet her ghost, as she’s known to visit the site of her death too.

The ghost of a young servant boy has been seen sitting on the stone seat by the door of the Queen’s room on several occasions. He’s seen as a full-bodied apparition but has never been heard or seen anywhere else in the Castle.

One of the more infamous ghosts of Glamis Castle is that of Alexander Lindsay, 4th Earl of Crawford, also known as Earl Beardie.

He was supposedly a cruel and twisted man who drank heavily. His presence has been seen, heard, and felt all around the castle. Reports of children awakening in the middle of the night only to see a dark figure standing over their beds have been noted.

Many believe he’s in a secret room in the castle gambling with the Devil for all eternity.

The legend goes, he was visiting the castle one Sunday night, and upon returning to his room, he was shouting in a drunken rage for someone to come and play cards with him.

Nobody wanted to take him up on his offer on a Sabbath, so he finally raged he’d play the Devil himself.

Shortly after, there was a knock at the door, it was a tall gentleman in a long dark coat, and he asked if Earl Beardie still needed someone to play cards with him. The Earl agreed to play the man, and they retired to a room in the castle, slammed the door shut, and proceeded to play cards into the night.

There was lots of swearing and shouting coming from the room, which could be heard throughout the castle.

One of the servants looked through the keyhole out of curiosity to see what all the commotion was about, only to be blinded in one eye by a bright beam of light shining through.

The Earl heard the servant outside the door and rounded on him for spying. When he headed back to the room, the man believed to be the Devil had gone, along with the Earl’s soul.

He’s said to be still playing cards, apparently in a secret room in the castle. His shouts have been reported throughout the castle to this day.

The legend surrounding the secret rooms in Glamis Castle and just what lay in them has intrigued people for generations.

In addition to the tale of Earl Beardie playing cards in a secret room, there are two other stories in particular that have been repeated.

During a Clan conflict in 1486, the Ogilvy Clan fled to Glamis Castle to seek refuge from the Lindsay Clan’s aggression against them. Lord Glamis welcomed them and told them to hide in a secret chamber. However, as a friend to the Lindsays, the Earl sealed the door and left the Ogilvy’s to die.

It wasn’t until years later that the skeletons of the Ogilvy’s were discovered after noises were heard coming from the now sealed room. To this day, visitors often feel extremely uneasy in this room.

The Monster of Glamis

Legend has it that the Strathmore’s (great-great-grandparents to Queen Elizabeth II) firstborn son, Thomas Bowes-Lyon was the “Monster of Glamis”. Born badly deformed on 21st October 1821, records show he was declared dead on the same day.

However, many people believe he didn’t die, and he in fact lived out his days in isolation at Glamis, the family keeping him out of sight because of his appearance, removing him as the heir.

He was only allowed out at night for fresh air and to walk along the roof, parapets, and the grounds. His ghost now haunts the section of the parapets known as “The Mad Earl’s Walk.”

After his supposed death sometime in the 1920s, his rooms were walled off, still undiscovered to this day. 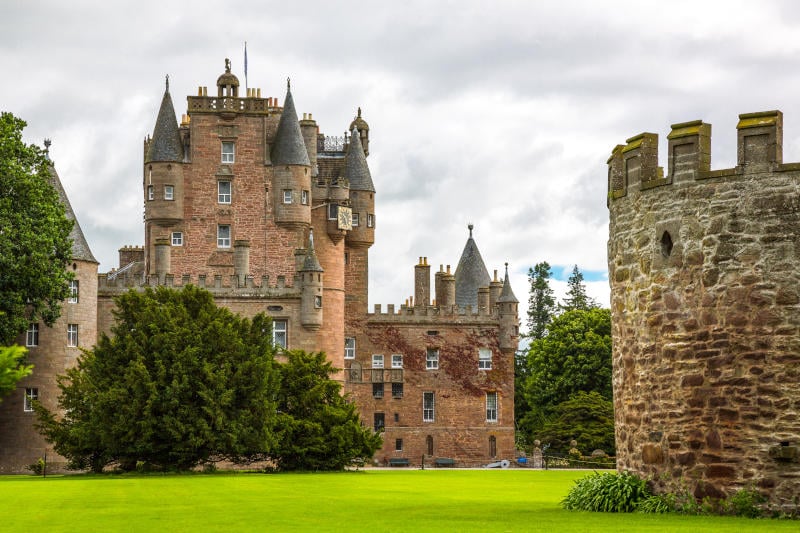 The castle, like many others, has undertaken many renovations and additions throughout the centuries. When Mary Queen of Scots visited the castle in 1562, the East Wing was dominated by the Main Tower erected in 1435. At this time, the castle was enclosed with a fortified courtyard.

During the 17th Century, several additions were made to the castle. The West Wing was erected, and a small north-east wing was added to house the chapel. The walls surrounding the castle and surrounding buildings were all removed during this time and were replaced by elaborate sculptures and a courtyard.

In the mid-1700s, the grounds in front of the castle were landscaped, and the line of trees that you see today leading up to the castle were planted. Various renovations and additions continued throughout the mid to late 1700s. In 1775, the castle grounds were redeveloped into open parklands by leading British landscape architect Capability Brown.

No major renovations to the castle have occurred since the pitched roof of the East Wing was replaced with castellations in the late 1700s and reconstruction of the West Wing in a similar style in 1800. 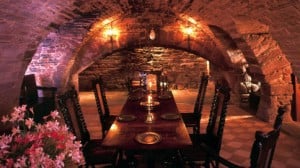 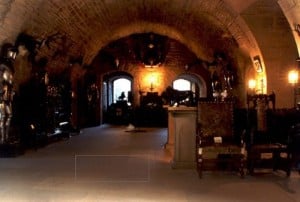 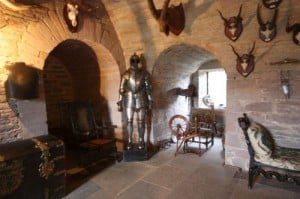 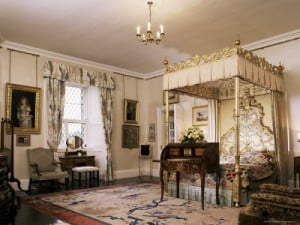 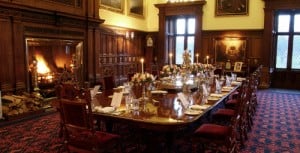 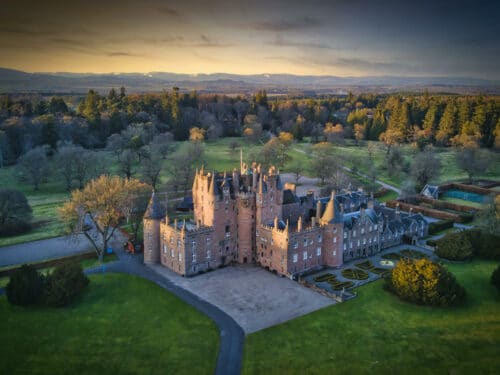 Castle tours run at 30-minute intervals from 10 am to 4 pm and must be Pre-booked via the Glamis castle website.

You can visit the Gardens, castle grounds, and enjoy one of the many walks on offer, and stop for a bite to eat at the Glamis Castle Kitchen to refuel.