Borthwick Castle is a breathtakingly beautiful hotel and wedding venue. Built nearly 600 years ago, Borthwick has had its fair share of drama and has a gruesome history as well as a number of ghostly residents…

Because Borthwick castle is an old, old building with a long and involved history, it has been home to many distinguished guests over the years, including Mary Queen of Scots. Mary sought sanctuary at Borthwick with her husband in 1567 when she learnt that the Scottish noblemen wanted to capture them, and although 1,000 men surrounded the castle she escaped through a window dressed as a pageboy. Many people say Mary still comes back to the castle and she has been seen wandering the halls on a number of occasions.

Paranormal investigations at the castle have also shown there to be much activity, including disembodied voices, clicking and banging noises, light anomalies, apparitions and members of the team feeling sick and nauseous. Its activity has many believing it to be Edinburgh’s most haunted hotel.

Betsa Marsh, writing for British Heritage Magazine, said this about the hotel, “The Red Room has spooked so many people that the owners called in an Edinburgh priest to exorcise its lingering spirits. Legend says that a young servant girl bore an illegitimate Borthwick son in the room. Mother and baby, potential threats to the title, were quickly put to the sword. In other era, the Borthwick family chancellor used this room, and the niches for his safes remain in the stone wall to this day. According to gossip, the Borthwicks discovered their chancellor was embezzling money from the family coffers. Eschewing the nicety of a performance review, they intercepted the chancellor on his way home from Edinburgh one evening and cancelled his contract by burning him to death. The ghosts of the young servant girl and the fired chancellor still wander the stony spiral staircases of Borthwick, some people say, and even the most stalwart visitors admit to feeling invisible presences in the Great Hall.”

The castle was first built in 1430 by Lord Borthwick, because of a charter to build the castle that was awarded to William de Borthwick for his part in bringing the King home to Scotland after 18 years of being imprisoned in England. It was designed to be a stronghold so that whoever was inside could oversee large areas and withstand attack from invaders, but it was also designed so that offensive attacks could be launched from inside the castle, with 100 feet walls that were 20 feet thick at the bottom.

The castle was neglected a little until World War II when it was considered strong enough to store records and antiques, and then in the 1970s electricity and plumbing were introduced and central heating was installed. The castle has been run as a hotel since 1973.

The hotel offers a really unique travelling experience, and has buckets of medieval charm that will lighten the heart of even the most seasoned of travellers. All of the bedrooms are tastefully and thoughtfully decorated in a period style and are furnished with many antiques, including a number of four poster beds. Many of the bedrooms have been styled in a certain theme and have been named after one of the dignified guests that stayed in the castle way back when, although there are also a number of standard rooms if you have a slightly lower budget.

The restaurant at the hotel is also an unforgettable experience and with high vaulted ceilings and tables lit by candlelight, the atmospheric setting lends itself well to any meal, large or small. The hotel offers a set menu for £45.00 per adult and £12.50 per child, although an a la carte menu is also offered. There are a number of public rooms that are available at the castle, with space for meetings, conferences and castles – so whatever your reason for staying at this atmospheric place, you’ll find that it’s the perfect setting for any occasion.

Borthwick is a fantastic place to stay if you enjoy walking, as it is surrounded by stunning scenery. However, you are only half an hour’s drive away from Edinburgh which is full of shops, bars, restaurants and plenty to see and do. Borthwick is also only 15 minutes away from several golf courses, and clay pigeon shooting, horse riding, fishing and game shooting are also available locally to the castle.

Full Scottish breakfast available for a supplement of £9.00 per person.

Related: The Most Haunted Places in Edinburgh 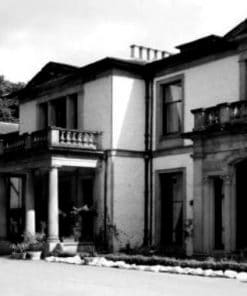 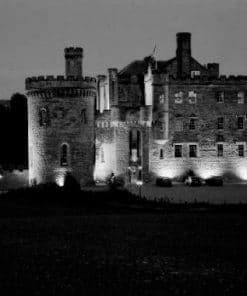 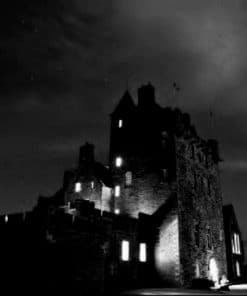