The Ghosts of Edinburgh Vaults

There have been countless paranormal experiences in the vaults, so much so that TV shows such as Ghost Adventures and Most Haunted have filmed episodes here. One of the most frequent experiences is the cold gusts of air that surprise guests even on the very low levels of the vaults. There are no windows or open doors down here.

Another common experience is hearing voices, sometimes whispering in your ear. People often see and sense a disembodied presence.

Perhaps the most menacing ghost of Edinburgh Vaults is Mr Boots. He’s been described as an unkempt man who wears high boots (hence the name). Mr Boots likes to lurk at the back of the vaults throwing rocks at unsuspecting visitors, and has been known to push people over. People have heard his high boots walking on the cobbles and his voice echoing from a chamber in the distance.

Another ghost who likes to interact with visitors is Jack. If you’re in the wine vault, he may grab your hand.

As Edinburgh grew larger during the late 1800s, two large bridges were created to connect Edinburgh Castle to the lands to the north and the south of the city. The city’s South Bridge was a monumental yet fundamentally flawed endeavour to span Cowgate Ravine and connect the old town to the newer section of Edinburgh.

The building of the south bridge commenced in 1785 and, when finished, consisted of 19 arches spanning 1,000 feet wide.

By the 19th Century, the city was booming financially. Tradespeople and merchants would set up shop along the bridge to target the increase in traffic over the bridge. Below the top level of the bridge were the tradesmen workshops, and below those were living quarters for the people that worked there. In total, there were around 120 rooms.

The construction of the bridge was rushed, and as a result, the surface wasn’t sealed correctly. This caused floods to occur regularly, which drove all the tradesmen out of the area. As the industrial revolution took hold of Britain, Edinburgh’s South Bridge developed into a slum, with the city’s poor taking refuge here. The conditions were deplorable, but the poor people of Edinburgh had little choice. It quickly became Edinburgh’s red-light district. Prostitution, murder and rape were rife, as disease and crime plagued the vaults. 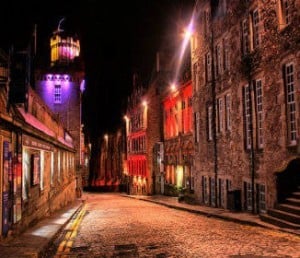 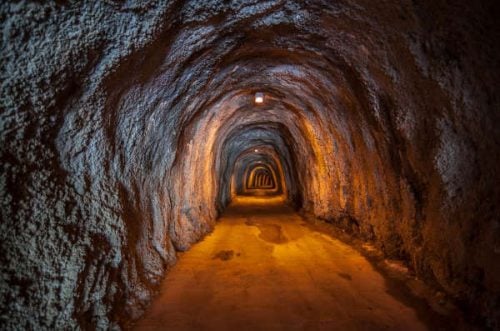 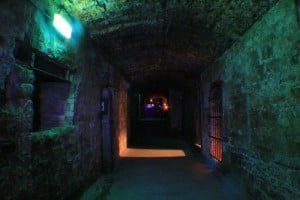 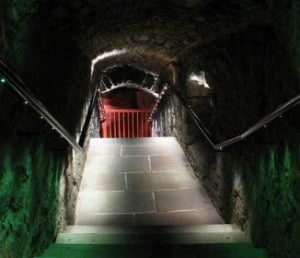 You can tour the vaults beneath Oldtown Edinburgh through Mercat Tours. They offer a variety of tour options, including, yes, you guessed it, a ghost tour of the vaults.