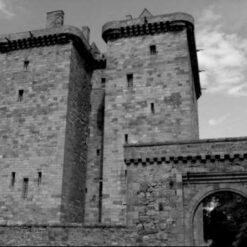 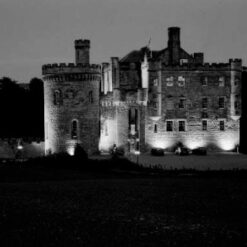 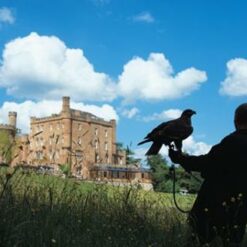 Edinburgh, Scotland’s capital is home to a rich array of ghostly goings on. Paupers, peasants and nobility rub paranormal shoulders with each other on these intriguing streets.

South Bridge Vaults which are a hidden under the city’s bustling streets were originally storage areas for local businesses but following a series of floods, the vaults were taken over by some of area’s poorest residents as pubs, brothels and even slum housing. The vaults became synonymous with some of the city’s worst crimes, including murder. The famous bodysnatchers, Burke and Hare are said to have trawled the vaults for victims of these crimes and would sell the bodies to schools of medicine.

There is said to be a demon trapped within one of the chambers and this eerie destination is one of the most popular spots for ghost hunting in Edinburgh.

Edinburgh Castle does not escape ghostly phenomenon either. Ghostly bagpipes have been reported by visitors and one prisoner, who escaped in a wheelbarrow of dung, is sniffed out by many of those who venture down to the dungeons.

Mary King’s Close, situated just off of the Royal Mile, was used as a quarantine area for plague victims. At some point the street was built over, but when residents eventually returned to the close, many incidents of paranormal activity was reported and still is today by those who visit, including ghostly sightings and voices.

One of Edinburgh’s best known hauntings is that of Greyfriars Bobby, the dog that is said to have never left his masters side and following his owner’s death, the dog remained by his graveside until Bobby, himself passed away. There is a monument to Bobby but some visitors claim to see his ghost in Greyfriars Kirkyard to this day.

The Banshee Labyrinth claims to be Edinburgh’s most haunted pub where workman heard a woman screaming and drinkers have reported their glasses flying off the tables, hurtling through the air and hitting the wall.

Once you’ve located your ideal haunted hotel, Edinburgh offers a wealth of fantastic museums, monuments and experiences to make your stay one that you’ll never forget.

In addition, Edinburgh offers wonderful eateries, the most ancient and quirky of pubs – check out The Devil’s Advocate, situated down an ancient medieval close opposite St. Giles Church or the jaw dropping grandeur of The Dome.

Easily accessible by major motorways and rail links Edinburgh should be on every ghost hunter’s bucket list.

We feature just some of the most haunted hotels in Edinburgh. If you know of a haunted hotel in Edinburgh that we’ve missed, we’d welcome your suggestion. Just click on the ‘Contact Us’ link in the footer at the bottom of the website.