The Ghosts of Mary King's Close

Lying deep beneath the streets of Edinburgh’s Old Town lies a dark maze of closes known as Mary King’s Close. It’s named after 17th century Edinburgh merchant Mary King (a past resident of the close).

Mary King’s Close consists of several underground closes that would have originally been very narrow walkways with dwellings on either side, sometimes rising to 7 storeys. People lived and worked here, with the poorer residents living on the bottom floors and the wealthy living on the top floors.

The outbreak of the Plague

With no sewage system in Edinburgh in the 17th century, people would have to go and do their business in a bucket (each household had one).

At a specific time each day, people would listen for the cry of “Gardy Loo!” which would signal to the residents that it’s time to throw the waste in the buckets into the street to be collected.

If you ever tour Mary King’s Close, you’ll notice that each side of the road has channels for the waste to run down the street towards what was known as Nor’ Loch (a heavily polluted lake located where the Princess Street Gardens now stands).

You can imagine the smell and disease having this rotting excrement so close to homes would cause. This was one of the reasons why in the mid-1600s, the plague ravaged Edinburgh, particularly Mary King’s close.

Mary King’s Close During the Plague

Contrary to popular belief, the close wasn’t sealed with plague victims inside in 1645. Those healthy enough and those who wanted to move were relocated to Burgh Muir.

The people who chose to stay during the outbreak continued to go on about their lives and run their businesses. Those suffering from the plague would hang white flags outside their homes, which would signal they needed food and coal, then delivered by council workers and volunteers.

The plague doctor, George Rae, would visit the close wearing his bizarre crow beaked mask, dressed head to toe in leather. The mask had a purpose, as at the end of the beak, Rae would add strong-smelling herbs and flowers, which were believed to stop the airborne miasmas, which were thought to carry the plague. However, the disease-ridden fleas were to blame, and the leather stopped them from biting his skin.

To save a plague victim, Rae would slice open the boils letting the puss drain away. Then he would cauterise the wound with a red hot poker. Whilst horrific, the technique went on to save many lives.

Along with other plague doctors, Rae was promised a financial reward for conducting such dangerous work by the city council. However, not believing they’d survive, their hands were left in their pockets when it came time to reward Rae. It’s believed Rae lived out his days, never having been fully compensated for his heroic efforts.

Mary King’s Close After the Plague

Due to the building of the Royal Exchange in the 18th century, part of the close was demolished and buried. Later it was completely closed off to the public, with only a few small businesses still operating. One of which was the Cheney family’s saw business, which was in operation right up until 1902.

Once they left, it was sealed and forgotten for years until it was rediscovered during roadworks above, when workers punched through the road into the sealed close below.

Mary King’s Close was then used as a bomb shelter during World War II, laying relatively unused again until the 1990s, when it was reopened as the tourist attraction you see today.

A well-respected lawyer, Thomas Coltheart and his family were one of those that refused to leave. It is reported they were almost driven mad by images of disembodied limbs, a bodiless phantom of a child and the ghost of a gruesome-looking dog that would curl up on a chair.

One of the most famous and haunted places in Scotland, the close has become well known worldwide for its wide variety of ghostly phenomena. Many visitors have reported seeing apparitions of those that once lived and died there.

A well known Japanese medium visited the close when it was reopened to the public, and she contacted a little girl. The medium felt a tug on her coat as she left one of the rooms. As she looked back, she saw a small girl crying in the corner. The little girl said she died during the sickness of 1645, and the troubled child talked of a doll she had lost, and she was lonely without it. Moved, the medium left her a doll, and ever since, visitors often leave dolls and gifts in the corner of the room where the girl is seen. 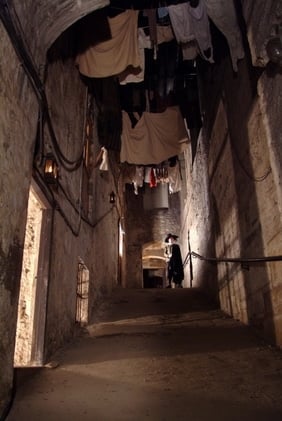 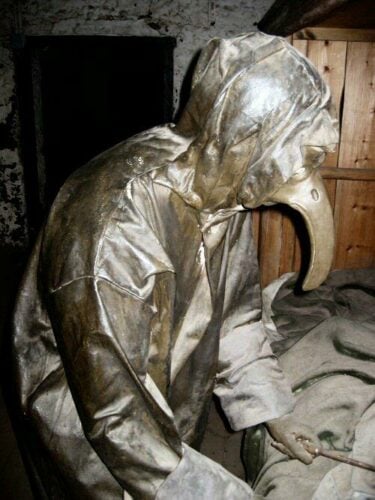 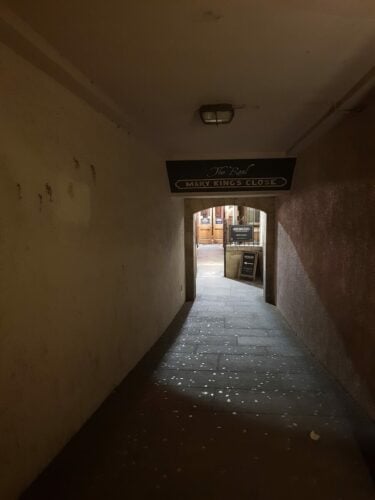 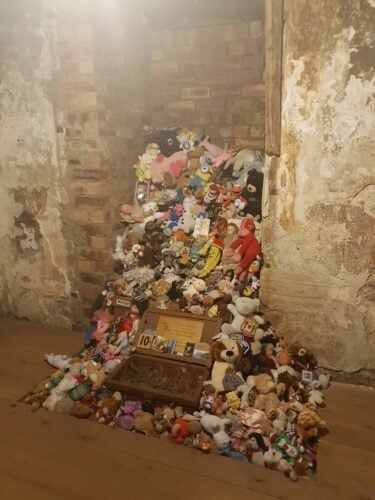 The Real Mary King’s Close is located on High Street, 2 Warriston’s Close beneath the Royal Mile.

High Street is also referred to as the Royal Mile, and Mary King’s Close sits underneath the City Chambers, across the street from St. Giles Cathedral.

Mary King’s Close is open from 9:30 am to 9:30 pm seven days a week. Hours vary in the winter, so check the current timetable on the official website before you visit.

The entrance to Mary King’s Close is on the Royal Mile, at 2 Warriston’s Close. It’s open daily, and tours are from 10:30 am – 5:00 pm. You will want to pre-book them, however, as they’re very popular.