Prestbury is the closest challenger to Pluckley’s crown as the most haunted village in England. There are no fewer than a dozen ghosts that haunt its idyllic streets, and perhaps the most frequent sighting is of the black Abbot.

The most famous ghost in Prestbury is the Black Abbot. The Black Abbot is regularly seen in the church and the churchyard. He is most often seen during Christmas and Easter and treads the same path every time.

He materializes just before crossing the churchyard and then disappears through the wall on High Street. He used to walk the aisle in St. Mary’s Church, but after it was exorcised, he would only appear in the Churchyard.

Another famous ghost is the charging horseman.  He has been riding his white horse, especially at Easter and Christmas. He would gallop his way through the Shaw Green Lane and the Burgage.  He was rumoured to have been killed by a Lancastrian arrow on May 4, 1471, while on his way to the Edward IV camp during the War of the Roses.

It was said that early in the 20th century, a skeleton with an arrowhead was found in the area. To this day, people think that it was the horseman.

Another ghostly horseman is the Headless Horseman. He rides through Mill Street, and according to local legends, he was a royal dispatch rider who was on his way from Sudeley Castle to Gloucester. He was knocked off the horse by a thin wire. He was executed by beheading after the interrogation of The Roundheads of Prestbury.

The Sundial Cottage is haunted by a young girl who loves to play the spinet. She has been seen on numerous occasions, and her music has been heard by a family during World War II when they took refuge in the cottage.

At the Plough Inn, sounds of horse’s hooves can be heard, and herders have had difficulty getting their sheep, dogs and horses past the inn.

Prestbury means “Priests fortified place” from the Anglo-Saxon words preost meaning priest and burh meaning a fortified manor. The village was mentioned as Preosdabyrig in 899-904. It also has an appearance on the Doomsday Book of 1086.

During the 18th and 19th centuries, Prestbury was a popular resort for people visiting Cheltenham.  The Grotto Tea Gardens, a resort with a summerhouse, offered guests a fine place to drink tea and have dinner.

Prestbury has a distinctive look that is unmatched by other villages in the area. Its walls coloured with soft honey, timber-framed buildings and Cotswold or thatched stone tiled roofs lend it a unique look. The village is surrounded by Cleve Hill, a place that offers stunning views of Cheltenham. 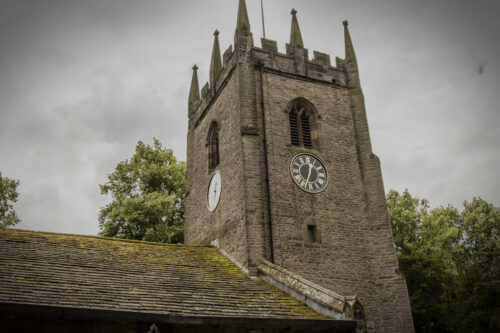 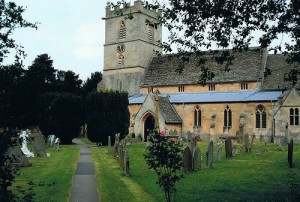 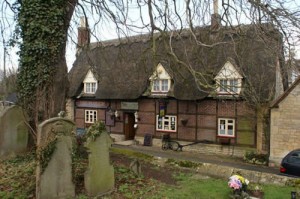 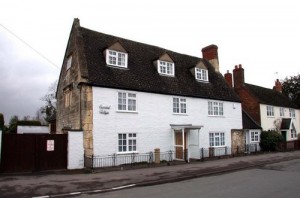 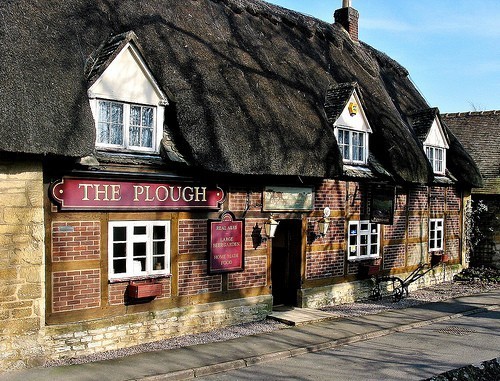 There are many haunted spots around the village you can visit. As well as the number of old pubs and restaurants you can frequent, the village also hosts the Cheltenham Festival every year.

See the link below for a list of haunted locations and a self-guided ghost walk you can do at your leisure.