Pluckley, Kent - The Most Haunted Village in England

Featured in the Guinness Book of World Records, Pluckley is reportedly the most haunted village in Britain. With no fewer than fourteen ghosts in such a small concentrated area, it most certainly could be!

Some of the paranormal investigative programs which have come to Pluckley Village to film are Ghost Hunters International, Strange but True and Most Haunted.

The Ghosts of Pluckley Village

Pluckley has been named the most haunted village in Britain by the Guinness World Records. According to records, the surrounding area has about twelve to fourteen ghosts.

Pluckley’s reputation as the most haunted village in England has drawn various paranormal television programs, as well as paranormal investigators for several years.

Some of the ghosts that haunt this village include:-

One of the most popular Pluckley ghosts is the screaming man. He is believed to have worked in the village brickwork and was unfortunate to have fallen to his death.

The highwayman was also said to have been run through with a sword and was pinned to a tree in what is now known as Fright Corner. He now appears to locals and visitors as a shadowy figure.

On other occasions, the phantom of an elderly woman can be seen. It is believed that she accidentally set herself on fire while sleeping.

There is also the story of the schoolmaster who was found by the children hanging in his room. He took his own life in the 1800s, and today he can be seen on the grounds wearing his favourite old coat and stripy trousers.

The “walker” is blamed for the poltergeist activity, and he is said to frequent the farmhouse. People have also reported the haunting smell of burning wool or yarn.

Lastly, there is The Red Lady, who was reputedly a member of the ancient Dering Family. She is said to haunt St. Nicholas, and her legend overlaps with that of the White Lady.

The Black Horse Pub, on The St, is an old cosy pub that dates back over 300 years. Being situated in the most haunted village in the country, there’s no surprise when people are told it’s haunted.

Glasses are known to move, and unseen hands throw cutlery. Dogs suddenly stop to stare and bark at empty spaces and refuse to go near one particular room upstairs. 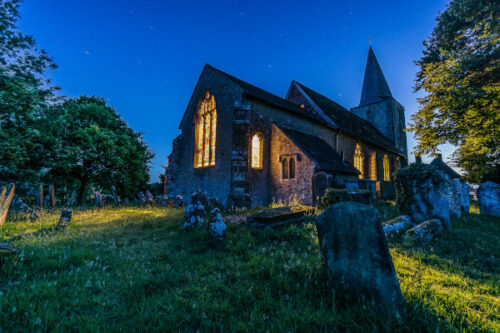 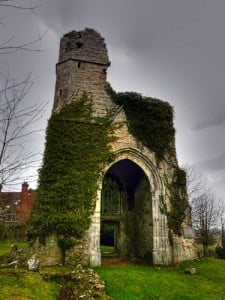 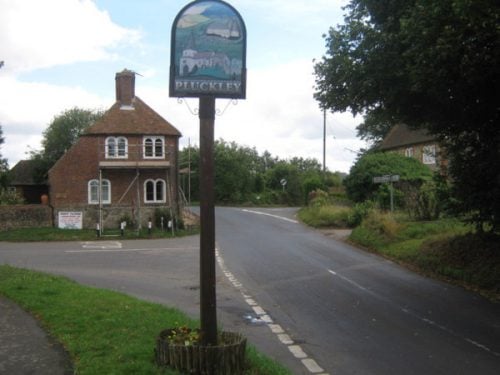 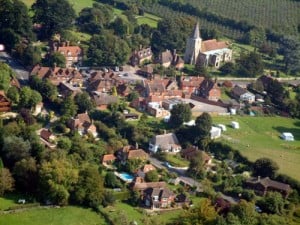 There are many famous haunted hotspots around the village. You’d be hard-pressed to find a location in the village that hasn’t got a ghost story or two to share.

Pluckley is ideal for a stroll around, looking at the various haunted hotspots. You can stop off at the Black Swan Inn in between your ghost hunting endeavours, which also has reports of paranormal activity.