The Ghosts of Coalhouse Fort

Coalhouse Point was once the site of an artillery battery. However, today nothing survives of that building. With the recommendations of the Royal Commission on the Defence of the United Kingdom, the Point was rebuilt in the 1860s. It was completed in 1864 and became a coastal defence. The fort served as defence through two world wars and was purchased in 1962 by Thurrock Council.

During the Second World War, the rooms in the fort had instruments used to monitor the magnetic field of ships as they went on their journey. Monitoring was used to determine the effectiveness of the degaussing equipment of each vessel.

Some part of Coalhouse Fort is surrounded by a body of water and some dry ditch, which helped immensely in defence during the Victorian era. In 1949, the fort was leased to the Bata Shoe Company. It was used by the company for storage and was finally purchased by Thurrock Council in 1962. The land of the surrounding area has been cleared and turned into a public park; however, the fort was kept closed. Today, a pathway has been made which connects Coalhouse and Tilbury Fort. The path passes along Tilbury Power Station.

Coalhouse Fort is a place rife with paranormal activity. Several witnesses have said that they have seen strange apparitions and entities. Eerie voices, children’s laughter, heavy footsteps following people in the tunnels and the sound of something heavy dragging along the floor can be heard.

People who have come from all over the country and stayed at the fort have seen dark figures walking towards them and then disappearing right in front of them. Others have said that they have been touched and even attacked by unseen hands and forces.

There is also poltergeist activity in the fort. Things would get thrown around, and chairs would also be moved. Stones and light bulbs are also thrown across rooms and at people. The most active location in the fort is the washroom. It is said that there is an evil presence there known by the workers as Harry.  Harry has been known to throw chairs across large open spaces and sometimes at visitors. The more a person stays in the washroom, the more agitated and violent Harry becomes.

Related Pages: The Most Haunted Places in Essex 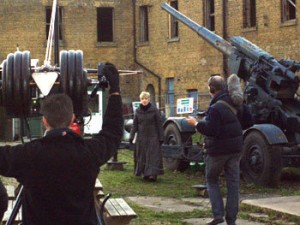 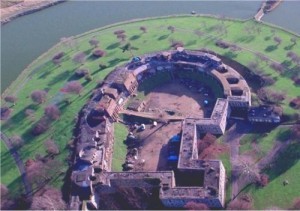 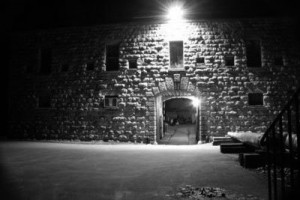 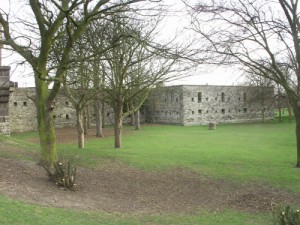 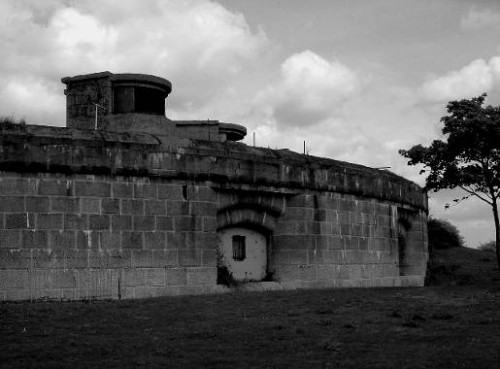 The Coalhouse Fort park is open daily, with a range of features, including a free car park, picnic areas, toilets with disabled facilities, a children’s play area, and the Engine Room Cafe.

The fort itself is currently closed (as of Nov 2021), as the Coalhouse Fort Project was disbanded in 2020. Thurrock Council is showing no signs of funding the restoration at this time.