5 Most Haunted Places in Essex

Essex is home to multiple castles, churches, and manors which the tourism board use as a major marketing point. The county also has a couple of new towns, such as Harlow and Basildon, which were built following the destruction caused by World War Two.

What is lesser known about Essex is that the county is also the scene of countless ghost stories and is said to be haunted by various phantoms and spirits, many of whom dwell within the aforementioned castles, churches, and manors. We have gathered just a few of those places in this article.

Here are five of the most haunted places in Essex. 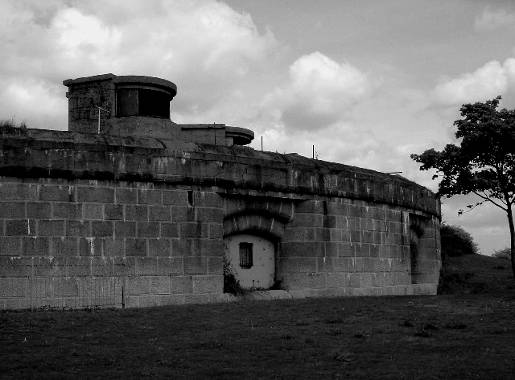 Chose any artillery fort you want and you’re probably going to find one or two ghost stories associated with it. However, you’re unlikely to find one as steeped in paranormal activity as Coalhouse Fort.

The fort was originally built during the 1860s and was utilised during World War One and World War Two before being used for storage (all noble uses). Coalhouse Fort was eventually sold to Thurrock Council in 1962.

The majority of the supernatural occurrences at Colahouse Fort have been reported in the tunnels beneath the building, and many visitors have heard the disembodied voices of men, seemingly in the middle of a tense poker game, along with the laughter of children. There have also been sightings of dark figures lurking at the end of hallways, usually accompanied by a mysterious cloud of smoke.

The washrooms at Coalhouse Fort have also been the site of much paranormal activity and are said to be haunted by the spirit of a man, who has been nicknamed “Harry”.

Harry seems to teeter between the status of irritable spirit and full-on poltergeist and has reportedly been responsible for visitors being pushed or grabbed while walking through the building, as well as numerous exploding lightbulbs. 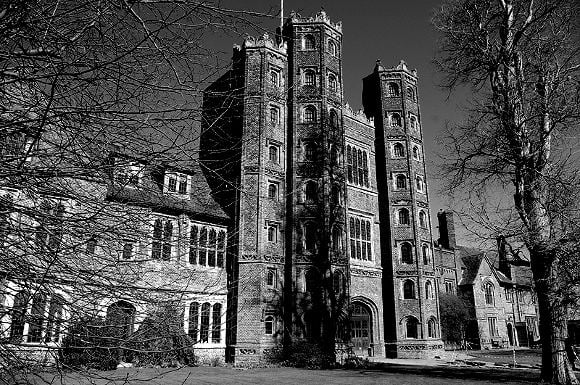 While it is not the oldest building on this list, Layer Marney Tower is considered by many to be one of the most haunted locations in Essex, perhaps even in the entire United Kingdom.

Building began in 1523 under the orders of Lord Henry Marney, who wanted to have a home that would reflect his status and personality. Unfortunately for Marney, he passed away before it was completed.

After Lord Marney’s death, the tower became something of a hot potato and saw many owners, one of whom frequently entertained Queen Elizabeth I. The home was very nearly destroyed in The Great Earthquake of 1884 but somehow managed to stay standing.

Reports of spirits at Layer Marney Tower are copious, and it is said that Lord Henry Marney himself still walks the grounds, mourning the fact that the tower was not completed to his specifications. Often times, Marney is seen in full armour or riding on horseback, ready to do battle with an enemy who will never come.

The apparition of a gardener has been seen tending to an area where the bodies of two children were discovered many years ago, though it is not clear what his connection to the deceased is.

An Australian woman who stayed for a couple of nights at the tower complained that she would wake up to find herself being harassed by a pair of floating hands, not attached to anything or anyone. This persisted until she discovered that the activity would stop if she left the door to her room open. 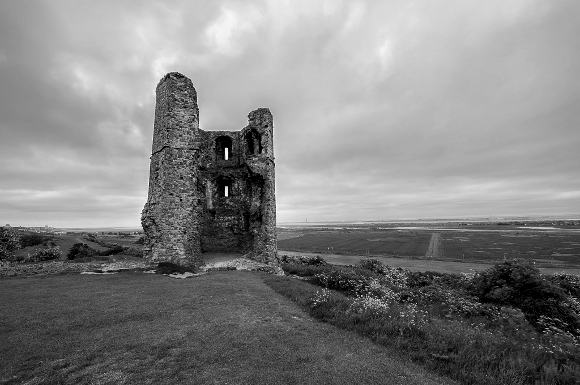 Much of the paranormal activity in Hadleigh Castle has been captured on camera by some of Britain’s most eager paranormal investigators. However, the ghostly goings-on at the castle was reported long before the advent of such technology.

Hadleigh Castle was built early in the 13th Century but quickly fell victim to poor planning. Having been built on unsteady ground, Hadleigh Castle rapidly began to deteriorate and was probably in a pretty bad way by the time it was sold for £700.

The new owner of Hadleigh Castle did little to care for it and the building was in ruins by the 19th Century, during which time it is believed the infamous highwayman Dick Turpin – who seems to pop up in a lot of ghost stories around the UK – used it as a hideout.

Hadleigh Castle is said to be haunted by the ghost of a haggard old lady, who was encountered one morning by a milkmaid named Sally. The ghostly figure demanded Sally return to the castle at midnight to meet her again. However, the young woman couldn’t bring herself to venture to the building in the dead of night, which is more than understandable.

Unfortunately for Sally, she encountered the maniacal woman a second time the next morning. Furious that the milkmaid had stood her up the previous night, the witch struck her on the head, almost dislocating her neck in the process. From then on, Sally became known to the locals as “Wry Neck Sal”.

To this day, it is said that the withered hag can still be heard cackling during the night, and few have been brave enough to venture to the ruins after dusk.

The Kelvedon Hatch Bunker was built in 1952, with the intention of housing civilians along with members of the military in the event of a nuclear attack. However, such an attack never occurred and the bunker was deemed unessential in the early nineties. Since then, Kelvedon Hatch Bunker has been opened as a tourist attraction and allows visitors from around the world a fascinating insight into military life during the Cold War.

Along with history buffs, Kelvedon Hatch Bunker is frequently visited by paranormal enthusiasts and those hoping to get a glimpse of the location’s infamous ghosts.

Kelvedon Hatch Bunker seemed bound for tragedy from the get-go, and it is believed that an ancient burial ground was unearthed during construction.

It is also said that the site foreman was buried in a pool of cement following an accident that occurred after his staff had gone home. Nobody was ever recovered, so if the foreman was indeed drowned in concrete, his corpse still lies beneath the bunker.

There has been much poltergeist activity reported at the bunker, with many visitors hearing growls which cannot be traced to any known animal in Essex. The sound of thundering footsteps and loud bangs are also a frequent occurrence, as are stones being hurled at guests.

One of the most terrifying incidences of poltergeist behaviour occurred during a ghost hunt at the site several years ago. In the middle of the investigation, when the building was covered in darkness but for the light of the teams’ torches, the bunker’s generator suddenly sprung into action. This was particularly frightening as the generator had been turned off for years. 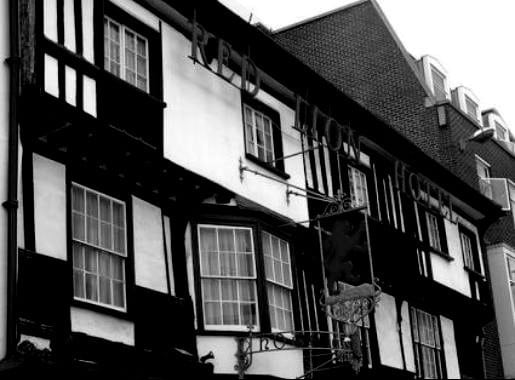 Located in Colchester, The Red Lion Hotel is one of the oldest inns in the oldest recorded town in Britain. Being as old as it is, the hotel has had plenty of time to be the scene of tragic events, and in 1638 it was the site of one of Colchester’s most infamous crimes.

A woman by the name of Alice Katherine Miller was working as a chambermaid in the hotel when she entered into an affair with a wealthy businessman, who promised her all sorts of riches and wonders if she were to run away with him. However, after he discovered that Alice was pregnant with his child, his attitude towards the woman shifted dramatically. Not willing to dedicate his remaining years and fortune to a child, the man took matters into his own hands and shoved the expectant mother from one of the hotel windows.

Alice fell to her death, but her ghost has since been seen wandering the halls of The Red Lion Hotel. Sightings of the chambermaid’s ghost can be traced as far back as 200 years, when the owner of the hotel, exasperated with guests complaining about unexplained events, bricked up the door to what had been Alice’s room.

The owner had hoped that by doing this he would prevent any further appearances from the ghost, but it is clear that it did not do the trick. Visitors to The Red Lion Hotel still report witnessing the ghost of a woman roaming the hotel, and she most frequently appears in rooms 5, 6, and 10.

Other Haunted Places in Essex: