Woodchester Mansion is a Gothic and Victorian mansion house in Woodchester Park in Nympsfield, Gloucestershire, England.  It used to be known as Spring Park. During the middle of construction, the building was abandoned.

This Gothic mansion is said to be the home of many ghosts. Although it appears complete from the outside, the floors, plaster and rooms are missing on the inside.  It has been like so since the 1870s.

The haunted reputation of Woodchester Mansion has led it to be featured in several paranormal television programs. It was featured on TV’s Most Haunted Live in 2003 and then again in 2005. It has also been featured on Ghost Hunters International and several more paranormal TV shows. Several sightings have been reported over the last two hundred years.

In 1902, a vicar was reported to have seen a strange apparition at the mansion’s gates.  A phantom horseman has also been seen on the mansion’s drive. It is said that the mansion itself is the epicentre of all the haunting happening in the area. There is the Tall Man of the Chapel which has been seen many times and the elemental in the house’s cellar. The mansion is said to be the home of some of the scariest ghosts in the United Kingdom.

Visitors have collapsed and have been attacked by the ghostly dwellers of the mansion. There is a floating head that has been seen by many visitors in one of the bathrooms. There is also the spectre of the old woman who likes to attack female visitors by grabbing them in the dark. It is said that the reason why the mansion is haunted is that it stands on the site of the three previous buildings which are also haunted.

The mansion has its own chapel, and satanic rituals have been reported in the chapel. People have reported hearing a woman singing an Irish folk song in the scullery. The ghost of a young girl has been seen several times playing and running up and down the stairs of the mansion’s first floor.

If you want to see a majestic mansion and encounter ghostly dwellers that don’t want to leave and especially don’t like visitors, you should visit the Woodchester Mansion.

Related pages: The Most Haunted Places in Gloucestershire | The Ghosts of Bristol

Woodchester Mansion was created by William Leigh. William Leigh bought the Woodchester Park estate for £100,000. He demolished Springfield Park to give way to the mansion. Spring Park used to be home to the Ducie Family.

After having been transferred from one owner to another, the mansion’s ownership was finally granted to George Huntley.

It is said that the expense of the park nearly bankrupted George Huntley. To this day this glorious 19th-century Gothic masterpiece stands incomplete, in the largely the same state as it was when it was abandoned in the 1870s. However, work has recently begun on the restoration by the Woodchester Mansion Trust.

Today the mansion is open to the public for tours, special events, and filming. It made a recent appearance on the Netflix show, The Crown, as the exterior location for both the late Duke of Edinburgh’s and Prince Charles’s school, Gordonstoun. 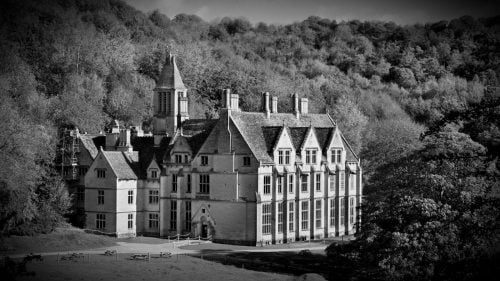 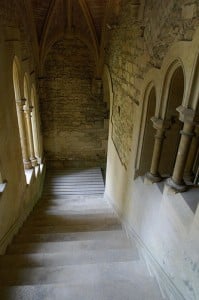 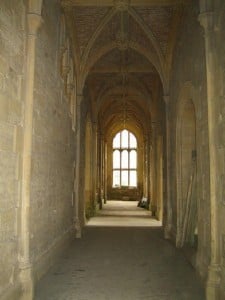 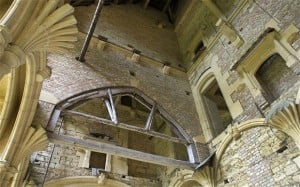 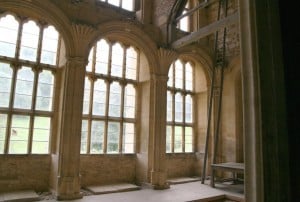 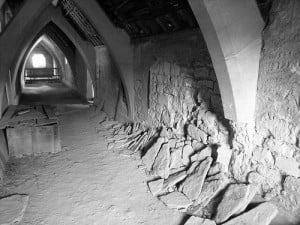 Woodchester Mansion is open to the public from the start of April to the end of October.

Admission to Woodchester Mansion is £8.50 for adults, £7.50 concession, and children under 16 go free.

Guided tours of Woodchester Mansion are available at no additional cost, on selected open days (11:45am and 2:30pm).