7 Most Haunted Places in Gloucestershire

Gloucestershire is an ancient county located in South West England and defined by its quintessential British scenery. The county town is, as you might have guessed, the city of Gloucester, which is home to an estimated 800,000 people. The county encapsulates other noteworthy towns, such as Stroud, Tewkesbury, and Cheltenham, which is home to the world-famous Cheltenham horse racing festival.

Gloucestershire welcomes thousands of tourists every year, among them horse racing fanatics, history buffs, and those hell-bent on seeing a ghost. That’s right, the picture-perfect county is not without its share of tragedy and bloodshed. Like any ancient settlement, Gloucestershire is rich in ghost stories and offers dozens of locations for ghost hunters to find what they crave.

Here are seven of the most haunted places in Gloucestershire:

This entry does not relate to Tweenbrook Avenue as a whole, but rather to a single house located on the quaint family-friendly street.

Reports of a haunting at this particular house go back to the 1970s when a young family were driven from the home after a paranormal presence made it unsafe for them to remain. As the story goes, the family were hounded by images of an old lady from the moment they took up residence in the building. She was encountered as a simple shadow figure at first, but as time progressed, she began to take the form of a full human being and the paranormal activity worsened. At one point, the woman was encountered under the entrance to the attic and asked the homeowner to pray for her.

The final straw came when the owners of the house found their six-year-old child standing by an open window, which had been nailed shut just a couple of minutes prior. The boy, unable to understand why his parents were so panicked, explained that “the lady” wanted him to go with her. 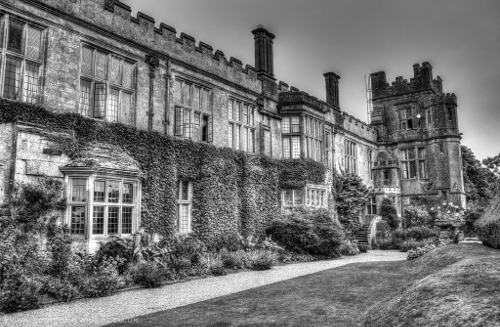 Present-day Sudeley Castle was constructed in 1442 and is believed to have been built on the remains of a 12th Century castle. It has played host to a variety of historical figures over the centuries, having been in the possession of the Crown on a number of occasions. In 1535, King Henry VIII visited the castle with his second wife, Anne Boleyn.

Today Sudeley Castle is owned by the Cubitt family, who never have to worry about their home falling into a state of disrepair. This is due to the well-meaning spirit of Janet, who worked as a maid at the castle during the 19th Century. As well as ensuring the house stayed in perfect order, Janet was entrusted with the task of keeping unruly teenage boys away from the daughters of the castle owner. By all accounts, Janet took her job very seriously and would sit at the top of the staircase leading to the girls’ bedrooms into the wee hours of the morning to ensure no youthful manservant got his hands on the young women.

Despite the fact the girls in question have long since left Sudeley Castle, Janet is still dedicated to her role of keeping them safe and is frequently seen standing – or more aptly, sitting – guard at the top of the castle staircase. Those who have encountered her over the years claimed she was aware of their presence and frantically shooed them away, waving a feather duster to make her more intimidating. 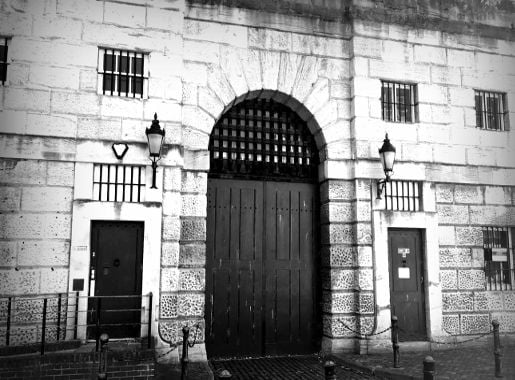 HM Prison Gloucester was a Category B prison which opened its doors in 1791 and held some of the United Kingdom’s most notorious criminals right up to its closure in 2013. That’s more than 200 years of suffering and condensed evil, much of which was absorbed by the prison walls. After the prison was closed, Gloucester officials began discussing the possibility of reopening it as a tourist attraction geared towards the many paranormal experts who visit Gloucestershire regularly for its many other haunted locations. And why not? After all, HM Prison Gloucester is one of the most paranormally active prisons in the world.

HM Prison is said to be haunted by the ghost of a woman named Jenny, who was murdered on the site in the 15th Century, long before the prison was constructed. During the prison’s years in use, Jenny appeared to both inmates and guards, apparently attempting to indicate the spot where she lost her life. In 1969, some prisoners in Cell 25 held a séance with the intention to communicate with Jenny, which ended with books and flowerpots being thrown around the room by an unseen force.

Several days after this unnerving event, the occupant of Cell 25 was relaxing in his cell – at least, as much as one can relax while locked up in a Category B prison – when a disembodied hand suddenly appeared in his room. The hand pointed directly at the prisoner before fading away. 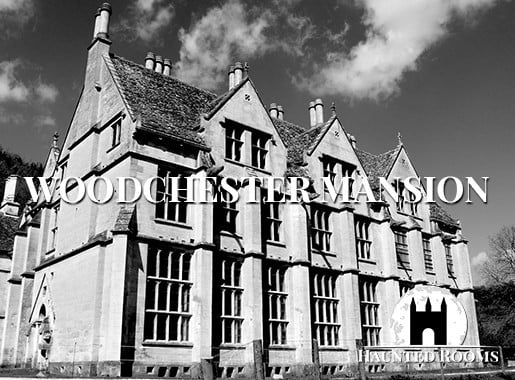 In 1840, the Second Earl of Ducie chose Woodchester Mansion as the site of an outrageously decadent party to celebrate his being made a duke. However, the festivities came to an abrupt halt when the Duke went to take his place at the head of the dining table only to find his seat occupied by the ghost of his father. This event so disturbed the Duke that he ran from Woodchester Mansion and refused to return.

This was the first of many spooky goings-on at Woodchester Mansion. To this day, visitors liken entering the building to stepping into a time machine, and scores of people who have been inside for extended periods of time claim to have experienced at least one unexplainable event.

A chapel located on the grounds is said to be particularly active and the apparition of a stubby little man is frequently spotted standing in the doorway, perhaps protecting it from an unseen entity. Many who have entered the chapel have complained about being struck by flying pebbles, which the little man may or may not be responsible for.

The kitchen is also said to be alive with the dead. The disembodied voice of a female singing traditional Irish tunes has been reported with some degree of frequency, as has the spirit of a man crouching in the corner, hiding from unknown forces.

Learn more about the ghosts that haunt Woodchester Mansion 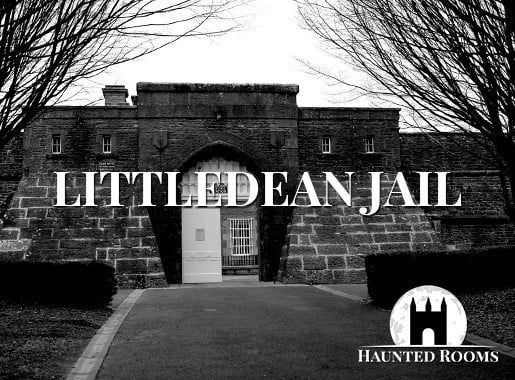 The first person to be incarcerated in Littledean Jail was one Joseph Marshall, a 19-year-old who was convicted of stealing a spade. He was the first of thousands to be brutally punished for his crime and was followed by scores of men, women, and, yes, children. There were even some baby’s born inside the prison wall, though few of them survived.

Today, Littledean Jail is open to the public as a tourist attraction, welcoming in equal number history fanatics and paranormal enthusiasts. The latter descend upon the jailhouse in droves as it is said to be the permanent residence of dozens of tortured souls, unable to escape the building which they were confined to for the final years of their tragic lives.

The sound of children interacting with one another is frequently heard by visitors to the site, and some have even seen the ghostly toddlers passing the long hours of eternity in the lower corridor.

It is not unusual to see a man in a green uniform loitering outside what was once the prison courtroom. Once he has completed his ghostly business outside the room, he is reported to spring into action and return to the courtroom, passing through the wall with ease. 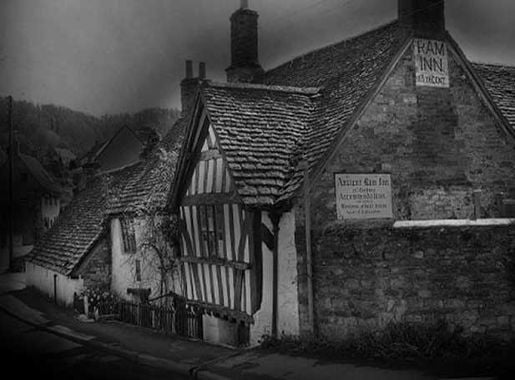 The Ancient Ram Inn in Wotton-On-Edge dates all the way back to the 12th Century and is said to have been built on an ancient pagan burial ground (that old trope).

Some even say the ground on which the inn rests was used by ancient civilisations to carry out sacrifices, often of children, for the various gods of the day. These claims are strongly supported by the seemingly never-ending stream of paranormal activity which takes place at the inn and has left many visitors-on-edge.

One of the most famous ghosts of The Ancient Ram Inn has been Christened Rosie by staff and frequent guests. Rosie is believed to be the spirit of a young girl who was murdered at the site at some point throughout its sinister history.

Guests have reported running into her in the corridors of the hotel and even more, claim to have been awoken by her cries in the middle of the night. Owners of the inn have left old toys throughout the building in an attempt to pacify the infant spirit, but she continues to appear to terrified holidaymakers.

The inn is also said to be haunted by an incubus, which, for those fortunate enough to not know, is a male sex demon. The supposed incubus has been blamed for multiple attacks on female guests over the years.

Women who have stayed in one of the rooms haunted by the incubus report being pushed to the bed by an unseen entity and forcibly pinned to the mattress for what felt like an eternity.

Read more about the spirits that haunt the Ancient Ram Inn 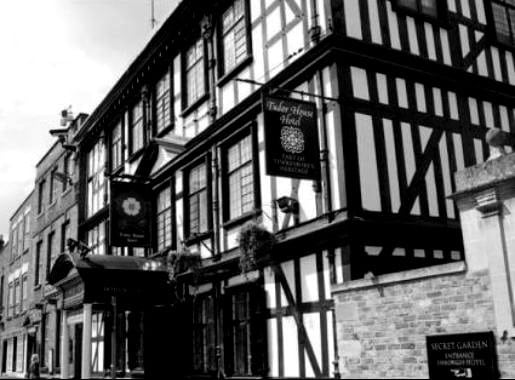 The Tudor House Hotel is a 16th Century building located in Tewkesbury which boasts – though that may not be the right word – a long and oftentimes twisted history. Following its construction in 1540, it was passed around among various wealthy educated types and even briefly served as a courtroom for travelling magistrates. It was not until 1926 that the building was converted into a hotel, so it had already seen a great deal of misery by the time it welcomed its first guest.

Among the many ghosts of Tudor House Hotel is The White Lady, who is reported to aimlessly glide through the corridors, much like a goldfish in a bowl. This perpetual wanderer is said to be the ghost of a young woman who once earned her living as a maid. During her time as a maid at Tudor House, she was subjected to cruel and traumatising treatment at the hands of her mistress, which eventually lead her to fling herself from an upper-level window.

Guests of the hotel are regularly awoken in the dead of night by the sound of drumming. Upon calling the front desk to complain, they are shocked to learn that what they are hearing is the centuries-old drumming of a long-departed drummer boy.

Other Haunted Places in Gloucestershire:

Related Pages: The Most Haunted Places in Bristol