The Ghosts of Berkeley Castle

Berkeley is probably more remembered for the place where Edward II was murdered. He was deposed by his wife, Queen Isabella and her lover Roger Mortimer. At first, he was imprisoned in the castles’ dungeons, where it was thought he’d die through disease. However, he did recover, and it was after this the Queen ordered him to death, instructing his gaolers to dispose of her husband as they saw fit.

In the most gruesome death of any King, Edward was pinned down on a table, and a funnel was thrust into his rectum. Through this was pushed a red hot poker right into his bowels. The room in which this act occurred can still be visited in the Castle today.

As Edward II was made to go through such agony before he died, it is said that his screams can be heard throughout the Castle on the anniversary of his death.

Berkeley Castle, overlooking the village of Berkeley in Gloucestershire was built in the 12th century and has been the proud home to the same family for over 900 years.

The first castle built here was a motte-and-bailey, built around 1097 shortly after the Norman Conquest. This was then held by three generations of the Berkeley family until it was demolished to make way for the current castle midway through the 12th century.

This glorious Castle has seen a fair share of history pass through its halls that’s for certain. It was where Edward II was killed, where the Barons of the West gathered before the signing of the Magna Carta, and where Elizabeth I had holidays hunting and playing bowls.

There haven’t been many significant renovations to the way the Castle looked when it was initially built. Unlike many other castles during the Victorian and Georgian periods, Berkeley was reasonably untouched and still has the original Medieval-Gothic style to which it was intended. 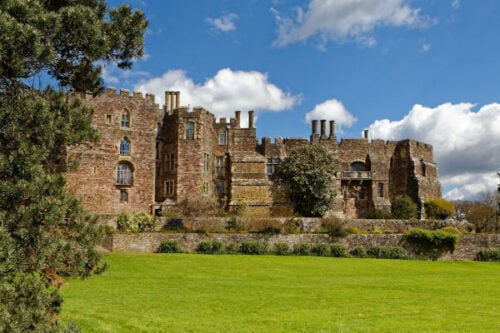 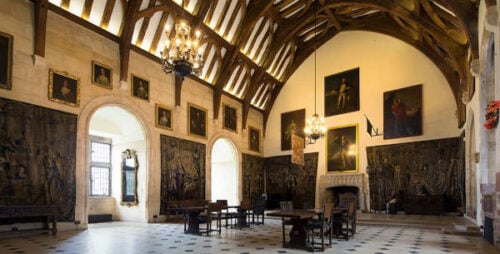 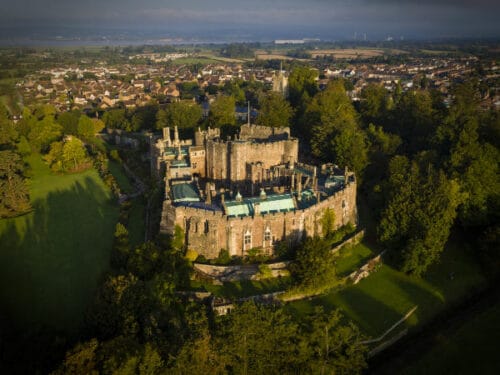 The Castle is open to visitors throughout Spring-Summer, and Autumn until 31st October. During this time, they’re open Sunday through Wednesday, 11:00am – 4:30pm.