The Old Bell Hotel at Malmesbury is the oldest hotel in Britain – but it’s also stunningly pretty and is very typical of the surrounding area, the Cotswolds. But as most old buildings do, the Old Bell Hotel has a few secrets – a mysterious Grey Lady and numerous spooky goings-on.

The hotel stands next to the ruined abbey at Malmesbury, and it is believed that the east wing of the hotel was built on part of the abbey churchyard. It’s also thought that there are several sarcophagi concealed beneath the hotel bar – which could go some way to explaining why the east wing and bar of the hotel see so much spooky activity.

One of the most commonly seen ghosts at the hotel is that of the Grey Lady, who is often seen in the James Ody room by residents and staff alike. She is described as often looking forlorn and melancholy and glides silently around the hotel. There’s also a spooky myth associated with the Grey Lady – it’s said that if the words “Grey Lady” are spoken out loud three times within the James Ody room, then she will appear.

Guests in The Danvers Room have reported having their belongings thrown across the room by an unseen entity, and having their bedclothes removed in the middle of the night, whilst guests in the Foe Room were locked from their room when a heavy wardrobe was pushed up against the door from the inside.

Night staff at the hotel have also reported hearing odd sounds and feeling cold spots on their shift.

The Old Bell Hotel stands on foundations that date back to 1220, allowing it to claim that it is the oldest hotel in Britain. It’s situated right next to the historic abbey, with parts of the hotel having been built on the old abbey churchyard. Over the years, there have been many additions to the hotel, giving the hotel a variety of styles, from Medieval and Edwardian in the main house to Japanese in the coach house.

The Old Bell Hotel has a luxurious range of 33 en-suite bedrooms to choose from – some are located in the traditional stone building at the front of the house, whilst others are located in the more modern coach house. The rooms at the front of the hotel offer views across the Cotswolds, as well as period features such as roll-top baths and rooms set in the eaves, whilst the rooms in the coach house are modern and comfortable and are a little cheaper in price, for those on a budget.

Rooms are also available with a view towards the abbey – particularly stunning at night. There are sitting rooms complete with squashy, comfortable sofas, flat-screen televisions, open fires, free broadband and DVD players throughout the hotel. The hotel also offers free membership to a gym facility just two minutes’ walk away from the hotel – this membership includes a cardio room, sauna and Jacuzzi.

Weddings and conferences can also be catered for at the hotel. The restaurant at the hotel, headed by Richard Synan, who studied under Mark Sergeant at Gordon Ramsay at Claridge’s, offers inventive French cuisine and a fantastic tasting menu. For lighter meals, there’s also a brasserie that offers more traditional English food and an extensive wine and ales menu.

There is plenty to see and do in the Cotswolds, and many activities right on the doorstep of the Old Bell Hotel. Abbey House Gardens are a fantastic sight – but be aware you might spy a Naked Gardener or two! Malmesbury Abbey and Malmesbury River walks are also perfect activities for all of the family. There’s also a local museum as well as a gym with a sauna and Jacuzzi. 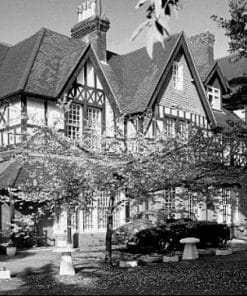 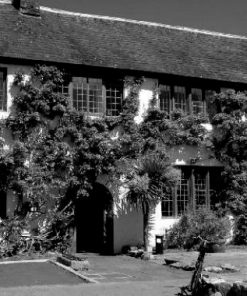 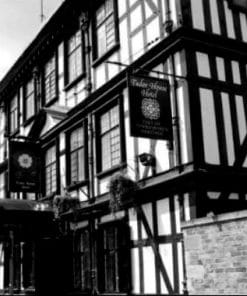 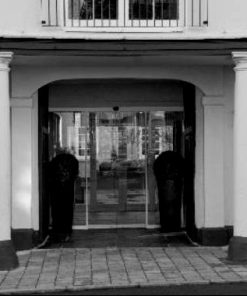