Its wide variety of haunted happenings, and the frequency in which they occur, has led to the castle being a number one hotspot for ghost hunters nationwide.

The sound of a crying baby is often heard in this room. During recent renovations to the ceiling of this room, the wrapped-up corpse of a baby fell from the rafters, leading many to believe it’s this baby that can be heard so often.

Another ghost that is often witnessed is a person in a full suit of armour in the area where the castle’s keep once stood. The true to life apparition is often seen, armour shining in the light of the moon, before suddenly disappearing in the blink of an eye.

Strange sounds such as marbles dropping, humming, and scuttling noises are often heard in this room. The appearance of a dark mass figure-like shape has also been witnessed standing in the doorway, and people have reported being violently pushed.

Poltergeist activity has been reported in this area, moving furniture considerably. Voices and footsteps are also heard, and unseen hands grab people. Another frequent report here is the sound of growling.

Dark figures are seen in this room also, often standing in the doorway, blocking people’s escape route! Strange flashes of light and red orbs are often seen. People have reported the sensation of being touched when no one else is around, and beds have also been known to move and people witnessing indentations on their beds as if someone is sitting down.

The sudden feeling of lightheadedness and strangulation has been reported in this room, and strange unexplained rustling noises and overbearing putrid smells come as fast as they go. The door has been known to swing open of its own accord violently, and beds have been seen to vibrate.

In this area, a gentleman staying at the castle reported the feeling of being pinned down on his bed, with him unable to move. A misty and sometimes dark show has been seen standing near the fireplace, and it’s also been seen near the doorway. A strange dragging sound is often heard, as well as the sound of a crying child.

This room contains what is known as ‘the scary bed’. Guests have been awoken by what seems like an angry spirit. It doesn’t appear to like people staying in this bed, as it violently tugs on the bedsheets. Some people have also reported being awoken by a woman screaming.

The state apartment is one of the oldest remaining parts of the castle. It has since been split into individual areas, including Isobel’s room and a long corridor. Footsteps at the side of the beds in this room are a frequent report from guests and the sound of a curtain closing in the room, even though they are already closed. The sound of footsteps is also heard on the corridor outside the room and the sound of scratching coming from the door and the walls. There have also been loud bangs on the walls reported too.

People believe that the spirit behind these noises is that of a young girl that has been seen at the end of the corridor, dressed in white. One guest has witnessed this girl walk through a wall. A dark shadowy entity has also been seen to walk across the state apartments room, the sound of violins being heard and the sound of disembodied voices seemingly arguing.

St Briavels Castle is a Norman castle originally built between 1075 and 1129 and was first used as an administrative office for the area of the Forest of Dean.

King John used the castle as a hunting lodge in the early 13th century, later becoming the primary place where quarrels (used for crossbows) were manufactured. The castle then transferred hands among senior nobility throughout the 14th and 15th centuries, ultimately declining in importance and appearance over the next century.

The castle was then primarily used as a court and debtors’ prison in the 18th and 19th centuries. However, following local riots, its use as a prison was ceased.

The castle was completely renovated during the 20th century. It was then taken over and used as a youth hostel from 1948, which remains today. 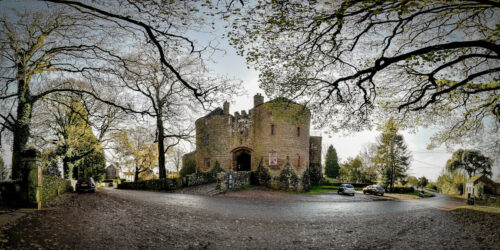 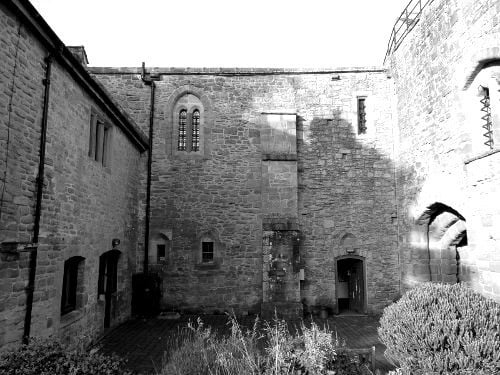 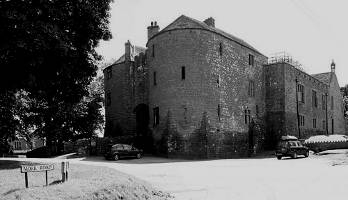