Malahide Castle is a medieval castle located 9 miles north of central Dublin. It has been in the Talbot family’s possession for almost 800 years and is regarded as one of if not the most haunted castle in Ireland.

The castle’s long and sometimes tumultuous 800-year history has contributed much to its haunted reputation. Many unseen spirits are felt in the castle’s many rooms. It is said that Malahide castle has at least five ghosts.

One of the castle’s most popular spectres is the son of the Baron of Galtrim, Lord Galtrim or Sir Walter Hussey. He was killed in battle during his wedding day in the 15th century. He is said to wander the castle at night, groaning in pain while pointing to the spear wound on his side. He is a heartbroken ghost because his bride-to-be married his rival immediately after his death.

There is also Lady Maud Plunkett. She appears to castle workers and guests as she did on the day of her marriage to a Lord Chief Justice. She would chase her husband’s ghost through the corridors of the castle.

Puck is the ghost of a jester who fell in love with a woman named Lady Elenora Fitzgerald. She was detained at the castle by Henry VIII for inciting rebellions. One snowy night in December, Puck, the jester, was found with a stab to the heart, still wearing his jester suit and cap.

Before his death, he swore that he would haunt the castle until a master with a bride from the people would rule the castle. However, he promised not to harm any male Talbot who slept in the castle. Numerous castle visitors have reported seeing the jester’s face on some photos taken in the castle.

The White Lady is also a very popular ghost in Malahide Castle. The White Lady is a painting of a very beautiful but unknown lady hung in the castle’s Great Wall. She would leave her painting at times and wander through the castle grounds at night.  Over many years, she has been seen by a lot of people.

Lastly, there is the ghost of Miles Corbet. Miles Corbett was given the castle and the surrounding property by Oliver Cromwell. During the Restoration, Miles was made to pay for the crimes he had committed during his time at the castle, and he was hanged.

It is reported that his ghost would appear as a whole soldier in armour and then suddenly fall into pieces.

The lands and the harbour where Malahide Castle can be found was granted to Richard Talbot, a knight who went with Henry II to Ireland back in 1185. The castle’s oldest part dates back to the 12th century, and it was the home of the Talbot family for almost eight hundred years.

However, from 1649 to 1660, the property was granted by Oliver Cromwell to Miles Corbet after the conquest of Ireland. After Cromwell’s death, Corbet was hanged. The castle’s ownership was then returned to the Talbots, and during the reign of Edward IV, there were various additions, including two towers.

The castle has a very long and sometimes dark history. During the Battle of Boyne, fourteen family members sat down for breakfast together, and by dinner, they were all dead. In the 1920s, the private papers of James Boswell were discovered inside the castle. They were then sold to an American collector named Ralph H. Isham by the great-great-grandson of Boswell, Lord Talbot of Malahide.

Lord Milo Talbot, the seventh baron, inherited the castle and Demesne. After he died in 1973, the castle ownership was passed to his sister, Rose. She sold the castle to the Irish estate in 1975 to help fund the taxes. Most of the castle’s contents were sold to the public, but some were retrieved. 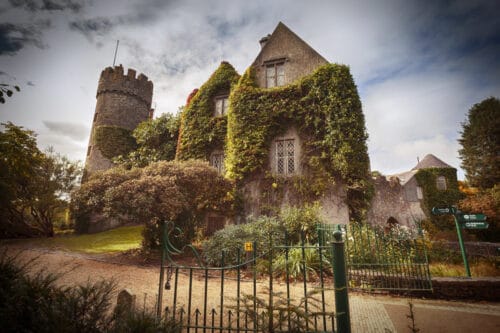 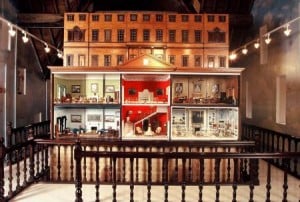 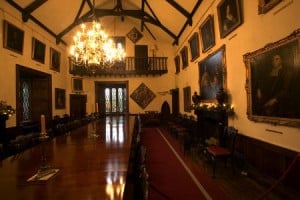 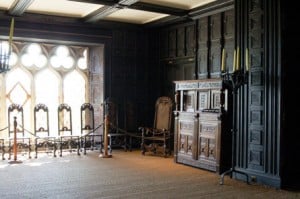 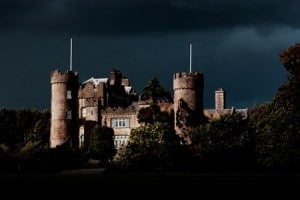 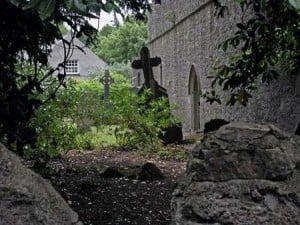 All castle tour tickets include entry into the botanical gardens, butterfly house and fairy trail.