As with any place that has bare witness to misery, tragedy, and torment, the energy is believed to resonate for years later. This is believed to be the case with Ruthin Gaol. The reports of paranormal activity are rife and are often reported by staff and guests alike throughout the day as well as night.

The spirit of the only person executed at the jail is reportedly the main culprit for many of the hauntings. William Hughes is believed to haunt the condemned man’s cell. In the room, there is a scene set of his last night in the cell before his execution the following morning. There’s a motion sensor that sets off a commentary upon walking into this cell, and on many occasions, the commentary has set off when nobody is in the cell or anywhere near it. This has been witnessed during the day as well as the night.

William has also been reported to be particularly drawn to women, with many reporting being touched or a sense of someone near them.

There is also another William reported to haunt the jail, a William Kerr, an ex-prison guard who simply vanished one day during his rounds. It’s believed the inmates did away with him after being put through years of mistreatment by him.

Another report here is of a young girl’s laughter being heard resonating throughout the jail. Many mediums have said that they believe the spirit of a happy young girl still resides at Ruthin.

Other reports include the feeling of being followed, touched, and disembodied voices.

Built on the site of Bridewell, a former 17th-century house of correction, the building started on Ruthin Gaol in 1775, with just four cells. By 1837 it held 37 inmates, and following the prisons act of 1865, a four-storey wing was built, mirroring the style of London’s Pentonville Prison. Ruthin became HM Prison Ruthin in 1878 and housed prisoners from counties Denbighshire, Flintshire, and Merionethshire.

There has been just one recorded execution at Ruthin. In 1903, William Hughes was hanged for the murder of his wife. Another character that stands out in Ruthin’s long history, is John Jones aka Coch Bach y Bala, a thief and a poacher, well known throughout many prisons in Wales and England. He managed to escape Ruthin Gaol twice throughout his incarceration. In 1879 he managed to walk straight out of the prison with a number of others whilst the guards were preoccupied with their suppers. A £5 reward was offered for any information that would lead to his capture, and as a result, he was captured shortly after his escape.

His second escape was a little more daring, tunnelling out of his cell and escaping out of a window using bedsheets tied together to make a rope. 7 days on the run and living rough, he was eventually hunted down, and following a quick pursuit, one of the people chasing him shot John in the leg. He died from the wound shortly after, and the man who fired the shot was charged, however, the charges were subsequently dropped later.

The building ceased being a prison in 1916, with prisoners and staff re-locating to Shrewsbury. Denbighshire council purchased the building in 1926 and used it for offices, the country archives, and a library. Throughout World War II, a munitions factory operated there, before being handed back to the county council. They then used the building as a headquarters for the Denbighshire Library Service. 2002 was the next big change when it was renovated and re-launched as a museum. 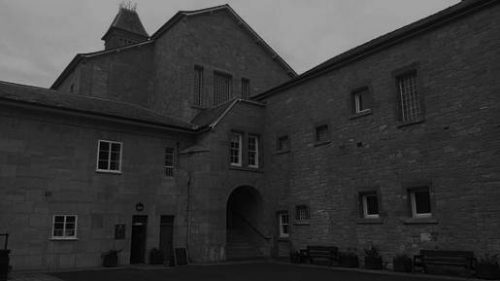 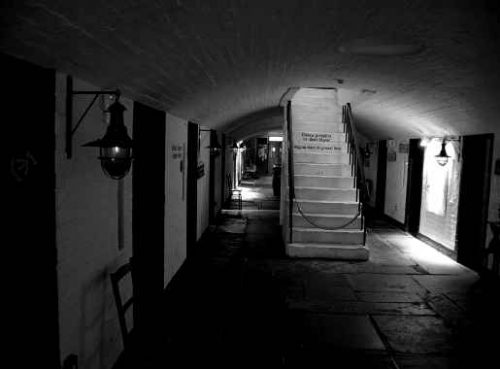 No booking is required in advance, the museum is open 7 days a week from 10am – 5pm.

For more info on visiting Ruthin Gaol Museum, please see the link below.