The Ghosts of Beaumaris Castle

Beaumaris Castle is a medieval fortification located in Anglesey, North Wales. It’s said to be one of the most haunted castles in the country, but who or what haunts this beautiful stone fortification?

Building commenced on Beaumaris Castle in 1295, after the Welsh Revolt, led by Madog ap Llywelynbut. Now a UNESCO World Heritage Site, the stunning Beaumaris Castle is possibly the most sophisticated example of medieval military architecture in Britain.

The castle was the last to be built by King Edward I in Wales. It was raised on an entirely new site of “fair marsh”, and it was named Beau Mareys, which is the Norman/French translation.

The castle employed over two thousand men to help build it, and it was moving at an astonishing pace. However, in 1298 funds had dried up as the King was beginning to get more involved in Gascony and Scotland. Although additional building work was carried out over the centuries, Beaumaris is very much an unfinished masterpiece, having never been finished to the original designs.

Strange chanting in the chapel area has been caught on recorders on many occasions. Reports of distressed screams have also been heard. Could this be the ghosts of past stonemasons? Nobody knows! People consistently report feelings of being watched in the long corridors, and an overbearing sense of loneliness is felt throughout. 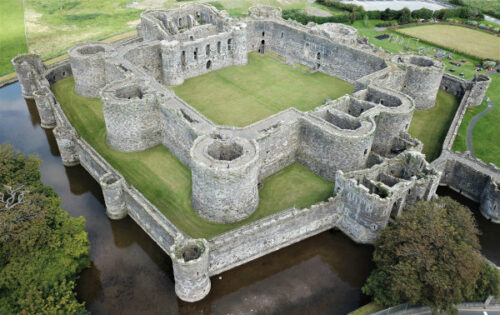 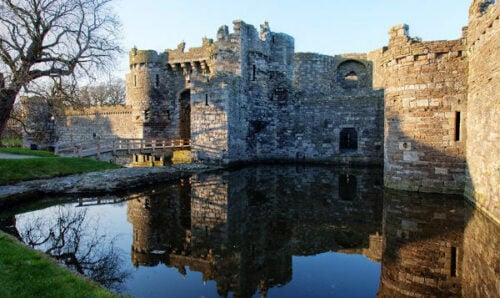 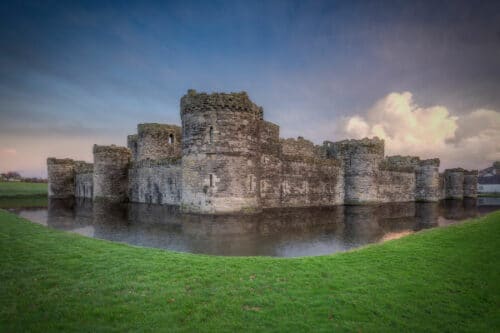