Leap Castle is a partially ruined castle located 6km north of the town of Roscrea, Ireland. It’s reportedly one of the world’s most haunted castles and has long history of legends and hauntings.

Numerous people were imprisoned and executed in the castle, and it is said that it is one of the reasons why the castle is haunted. One of the most terrifying beings which reside in the castle has been called “It”. “It” is a small creature, about the size of a sheep and has a decaying face. It is believed that when “It” appears, it is accompanied by the smell of sulphur and the smell of a decaying corpse.

There is also the Elemental. Elementals are believed to occur mainly in the countryside, where they have attached themselves to a particular place.

When the castle’s ownership was transferred to the Darbys, Mildred Darby dabbled in the occult as it was the fashion during the day. It is widely believed that Mildred’s dabbling in the occult resulted in the awakening of the elemental.

Mildred Darby even wrote about her frightening ordeal back in 1909. She was standing in the gallery when she felt somebody put a hand on her shoulder.  When she looked, she saw a thing about the size of the sheep with a gaunt inhuman face.  It has black cavities for the eyes, and it has the smell of a decomposing corpse. The Darbys remained in the castle until 1922.

Shadows are also seen wandering the Priest’s House. The Priest’s House has been an empty shell since the burning in 1922. A burly man has been seen pushing a heavy barrel up the stairs, and when he gets to the top, the barrel rolls down, and then the man and the barrel disappear.

There is also the Murder Hole Room called the Muckle Hole Room. There is a bloodstain on the floor of the room, and it is said to be that of the man who was stabbed to death by his brother. The brothers quarrelled for ownership of the castle.

Two young girls have been seen and heard playing in Leap Castle. Castle visitors often see them playing in the hall and running up and down the stairs. They are called Emily and Charlotte. Emily died at the age of 11 when she fell from the battlements. Many people have seen her ghost falling from the castle and disappearing before hitting the ground. The Charlottes has been seen dragging her deformed legs behind her.

Leap Castle is located in the town of Roscrea. The castle was built in the 15th century. The O’Bannon family built it for the ruling clan of the O’Carrolls. The Earl of Kildare once tried to seize the castle in 1513 but was unsuccessful. He attacked the castle again after three years, partially demolishing it. The O’Carrolls got the castle back in 1557.

The castle has a long and bloody history. There was a fierce rivalry in the O’Carroll clan, and there was a bitter fight against brothers. One of the brothers was a priest, and while he was holding a mass for some of the family, the other brother burst in through the door and plunged a sword into his brother. The priest died, and the chapel is now called “The Bloody Chapel”.

Castle ownership fell into the hands of the Darby family through marriage. According to history, one theorised motivation for burning the castle during the Irish Civil War is that the rents were raised because of the extensions and repairs being done on the castle. Much of the surrounding land of the castle was also sold.

During the castle’s renovation, workers found a dungeon where people were locked away to die. At the bottom of the shaft were spikes. When the dungeon was cleaned out, there were three cartloads of human bones. A pocket watch was also found in the dungeon. Today, the dungeon is now covered to keep people away from it.

Sean Ryan has owned the castle since 1991, and he is undergoing several restorations works to bring back the castle’s glory. 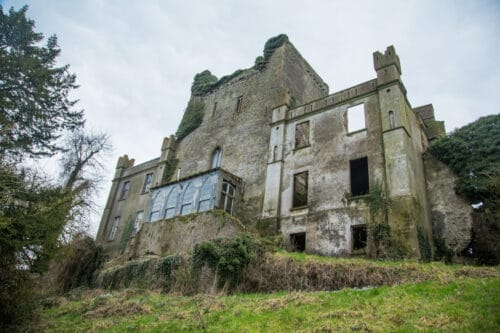 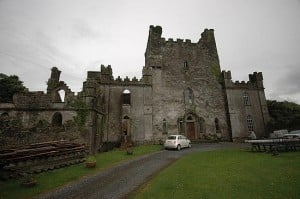 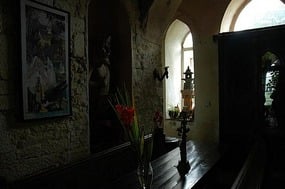 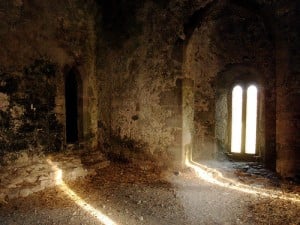 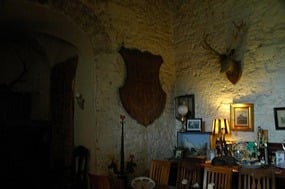 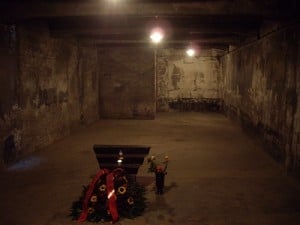 You can arrange a tour at Leap Castle, though it is property. You should pre-arrange any visit with the castle before turning up.