Kilmainham Gaol is a former prison in Dublin, Ireland. Opening in 1796, it has housed some of Ireland’s most notorious criminals over the last 200 years.

This eerie dark jail is Ireland’s largest unoccupied prison. If you walk around the prison cells and echoing corridors, you can get a vivid idea of what the people imprisoned here endured between 1796, when it was first opened, and 1924 when the jail closed.

Many of the criminals who were confined here died, and perhaps the most eventful was the execution of those responsible for the uprising in Ireland in 1916. Pearce, Connolly, and their co-conspirators were executed here, and a plaque in the courtyard remembers those that bravely faced the firing squads.

Today the gaol is a museum, but many of its previous inmates remain.

The Ghosts of Kilmainham Gaol

Poltergeist activity, dark entities, apparitions, and disembodied voices combine to make Kilmainham Gaol one of the most haunted locations in Ireland.

One of the first reported hauntings of Kilmainham Gaol dates back to the 1960s when the jail was undergoing renovation, ready to open as the museum you see today.

During these renovations, the governor, Dan McGill, was stationed at the jail with his family in the old warden’s quarters. Late one night, he was looking out over the courtyard when he noticed the lights to the chapel were on.

He ventured out to investigate and found nothing unusual, so he turned the lights off and made his way back to his quarters. To his amazement, after taking just a few steps, he turned around to see the lights were switched back on. This reportedly happened several times throughout the night.

Several mediums have also reported an evil entity in the chapel during their visits.

Perhaps the most shocking ghostly experience happened during the same period as Dan’s. Whilst a painter was working in the dungeon, he was suddenly hit with an unseen force that pushed him right across the room, pinning him against the wall. Having to fight to get free, the man was terrified, leaving all his equipment there, he never returned.

Another common occurrence during restoration work was the distinct sound of footsteps running up to the workers then stopping next to them. Numerous people experienced this. They felt a sudden icy chill come over them when they looked up. The trudging of boots as if a soldiers parade was going on was a regular occurrence too.

Visitors to this day are still experiencing some creepy paranormal activity. They often report people in period dress to the tour guides, only to learn they’re apparitions!

The chapel area gives guides and visitors the creeps, with people often reporting they feel as if an evil presence is watching them.

Other strange occurrences include sudden cold spots, strange noises, disembodied voices, and cell doors slamming shut. There have also been instances of visitors/tour guides being pushed by an unseen force! 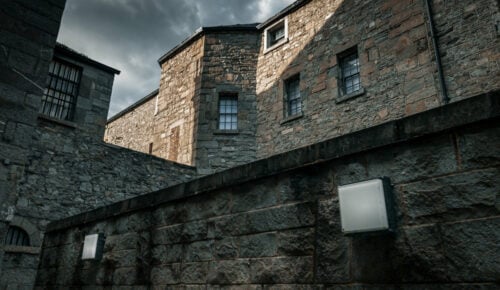 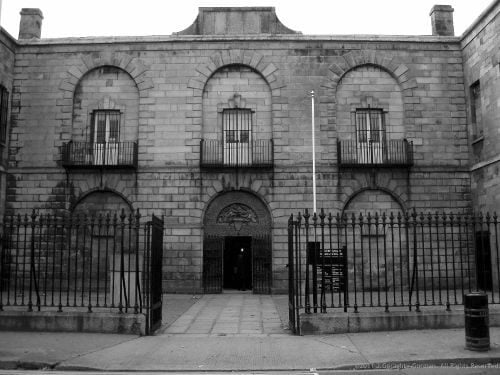 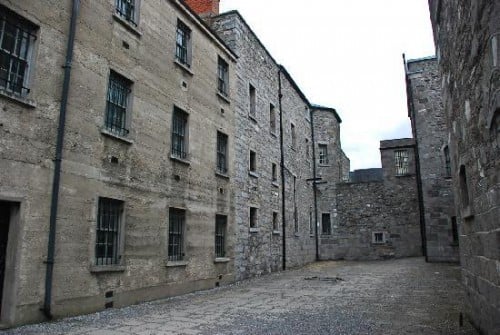 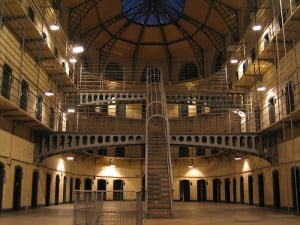