The Lancaster Grand Theatre in Lancashire is one of Britain’s oldest continuously operating theatres, having been open since 1782. Opening during the reign of George III, the theatre entertained the gentry of Lancaster and surrounding areas for over 100 years.

Believed to be haunted by a number of spirits of performers long since passed, the most prominent ghost is that of Sarah Siddons, who was known for playing the role of Lady Macbeth at the theatre in 1795. 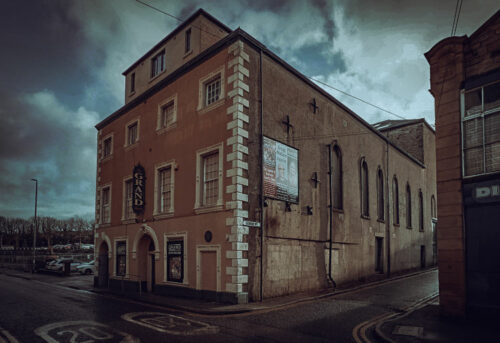 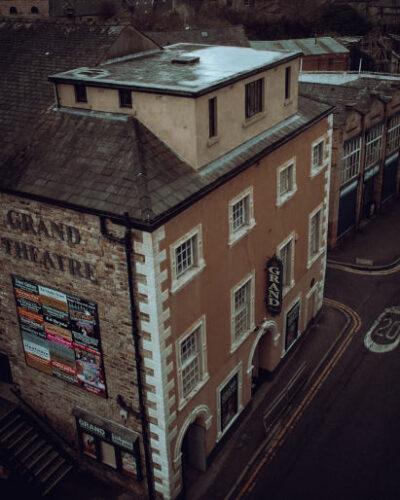 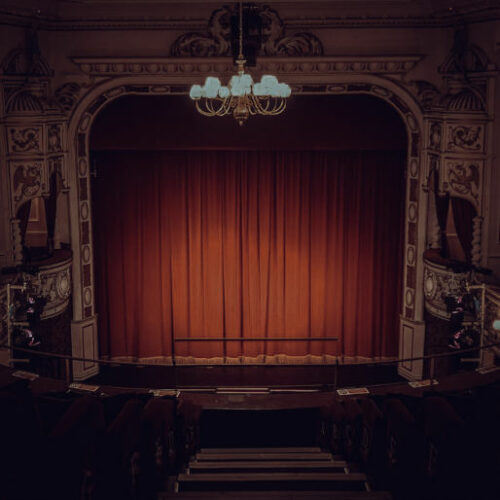 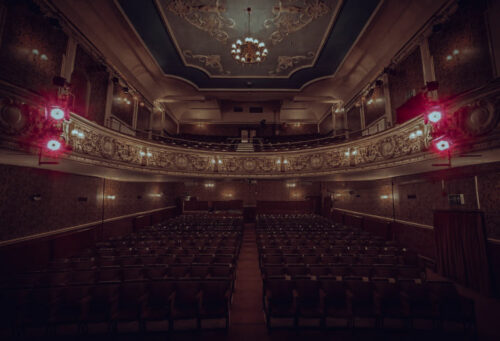 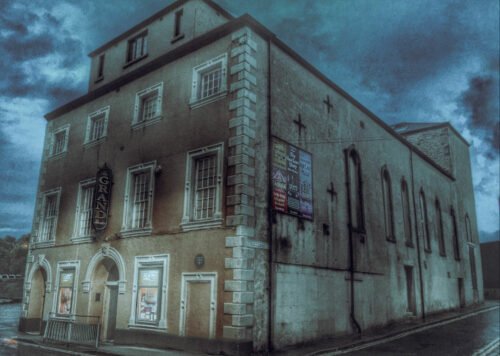 The hauntings of the Grand Theatre in Lancaster have been a source of intrigue to people for generations, with a number of past performers believed to reside here.

This unassuming Georgian theatre admittedly doesn’t look grand from the outside, however, once you step through the doors into the auditorium, you can’t help but feel the anticipation of all that has gone before.

One of the most common sightings is of the Grey Lady, believed to be Sarah Siddons (the Sister-in-Law of Charles Edward Whitlock, who built the theatre in 1781 together with his associate, Joseph Austin).

Sarah was a Welsh actress and was the most well-respected tragedienne of the 18th century. She was most famous for her portrayal of the Shakespearean character, Lady Macbeth, a role that she made her own, and a role she performed at the Grand Theatre, Lancaster, in 1795.

Sarah has been witnessed on many occasions, sitting in the stalls passing in front of the auditorium, or walking across the stage. Actors, staff and visitors have all made reports of being watched from the stalls, but nobody is ever found.

As well as Sarah, a former male actor known as Harald is believed to haunt the theatre. His spirit has been picked up by investigators on numerous occasions.

The backstage area and dressing rooms have a reputation for making people feel very uncomfortable, with several people forced to leave the area, and some refusing to even go back there at all. Disembodied footsteps are often heard in this area, as well as the stage.

It’ll take a brave soul to carry out a lone vigil in one of the dressing rooms, where past investigations have resulted in people being touched in response to their questions.

Do you have what it takes to join us on a real ghost hunt experience at one of the most haunted theatres in the country?

Haunted Rooms events are real paranormal investigations, we leave out the fluff, we do not have actors, and we don’t fake activity.

Our team can’t wait to welcome you to this incredible building and to share a night of ghost hunting that you’ll remember forever.

The Grade II listed, Lancaster Grand Theatre is a relatively new location to Haunted Rooms, though it’s not a new location for paranormal investigators. Since the 1800’s there have been reports of paranormal occurrings here.

Built in 1781, by Charles Edward Whitlock (a dentist), and Joseph Austin (an actor), it was known simply as “The Theatre, Lancaster”, upon its opening in June 1782.

It was one of the first permanent theatres in Britain, and although there have been numerous alterations to the building in its 200+ years existence, the majority of the original stone has survived.

Upon its opening, it played host to plays such as Hamlet and The Belle’s Stratagem, and later, Macbeth, receiving plaudits from the gentry from Lancaster and Lancashire.

By the 1830s the building was less used for professional performances and more for formal lectures, and meetings for the Temperance society.

In 1843 the theatre was sold to Edmund Sharpe, an architect from Cheshire. He made alterations and added an extension and reopened the building in 1849 as a music hall, as well as a museum for the local Literary and Natural History Society.

In 1908, a fire badly damaged the theatre and the work Matcham had done. Extensive work was required to restore the interior. Nevertheless, this was all replaced within a year, designed by architect Albert Winstanley, reopening at The Grand Theatre.

The theatre has a 457 seat capacity and is currently owned by the Lancaster Footlights. They started performing at the theatre in the 1920s and purchased the building in 1951 to save it from demolition.

It now plays host to both professional and amateur shows, and plans are in place for several building upgrades, ensuring it’s a part of Lancaster’s entertainment scene for many more years to come.

The event is not a sleepover, so it’s recommended you book accommodation nearby if you’re travelling from further away. There are a number of good options for you to choose from being in the city centre.

You will have the chance to look around the theatre before the event to familiarise yourself with its layout. Shortly before the event kicks off, we’ll run you through a quick induction and safety briefing, followed by a short talk and introduction from our team. You’ll then split into smaller groups with your family and/or friends if you’ve come together, and we’ll begin our vigils for the night!

Located in Lancaster city centre, the Grand Theatre has a good choice of hotels to choose from to suit all budgets.