8 Most Haunted Places in Blackpool

The seaside resort of Blackpool is a popular tourist attraction, but the bright lights and amusement arcades are hiding a much darker side. Blackpool is also incredibly haunted.

Let’s take a closer look at 8 of the most haunted places in Blackpool:

There are few spots that are as creepy as old cemeteries and Blackpool’s Carleton Cemetery is certainly no exception. There are a number of very well known people who are buried in Carleton Cemetery including former Coronation Street actress Violet Carson, band player Reginald Dixon, comedian Jimmy Clitheroe and football star Stanley Mortenson. However, those are not what or who the cemetery has become known for! The most famous residents of this final resting place are actually the ghosts!

One of the most frequently reported apparitions is reported close to the cemetery gates and is said to be a female entity with a green coloured face! Some have suggested that she is the spirit of a widow who was beaten to death close to the gates. There have also been reports of an old man with sunken eyes, long dark hair, a prominent chin and a hooked nose standing just outside of the cemetery gates. One of the reports comes from a taxi driver who said that the apparition appeared in front of the cab causing his terrified passenger to jump out and run away as fast as he was able! 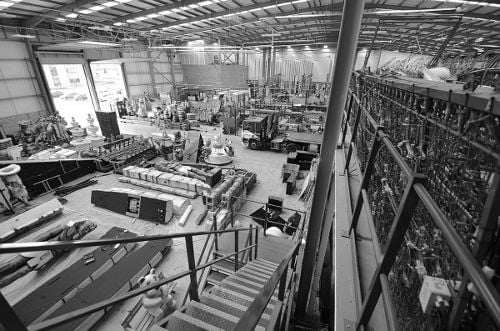 One of the things that Blackpool is most famous for is, of course, the annual Blackpool Illuminations. When the lights come down at the end of the season, they are taken away and stored in the Blackpool Illuminations Depot which also happens to be one of the most haunted places in Blackpool. The building is very old and at one time it served as a donkey stable. These days, the staff working the night shift frequently have supernatural experiences including cold spots, strange noises and a very heavy, depressing presence. Paranormal investigators who have visited the building have identified this spirit as a man named Ted who owned a boat, but ended up drowning at sea! 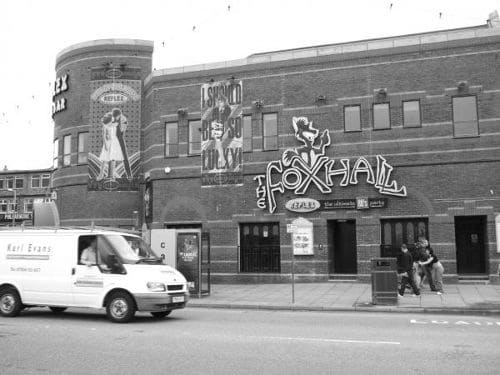 The Foxhall is a public house that sits on Blackpool Promenade. It was once a 17th-century refuge for priests. Each of the three floors had 4 or 5 rooms each with its own private chapel. The thick walls of the building were dotted with secret passages and priest holes. Today it is believed that The Foxhall is haunted by a number of different spirits including aristocracy, smugglers and priests. 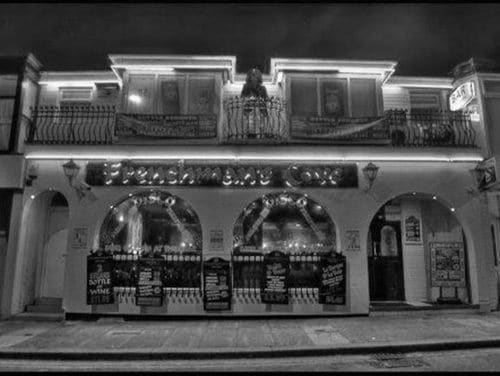 Frenchman’s Cove on South King Street was at one time a tobacco warehouse, but it now houses a restaurant. The owner and his staff have reported feeling as though someone or something is watching them as they work. The current owner, Billy Johnson has discovered archive materials which identify the ghost haunting his building as a lady named Laura Schoons who was originally from Scarborough. 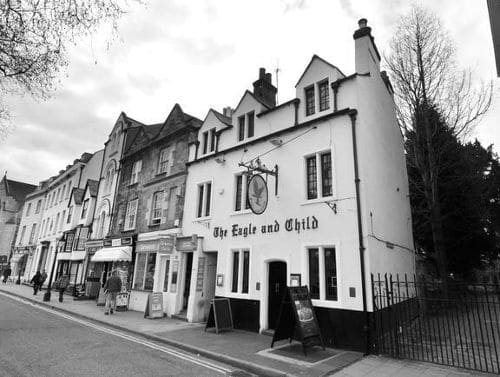 The Eagle and Child pub has plenty of poltergeist activity going on including glasses being thrown around and various things being moved around in the bar area. One of the culprits is said to be a man named Murph, a former highway robber who is said to roam around after midnight. He is frequently said to be heard moaning and muttering. There is also said to be the spirit of a young girl who died in the building still lingering around as well. 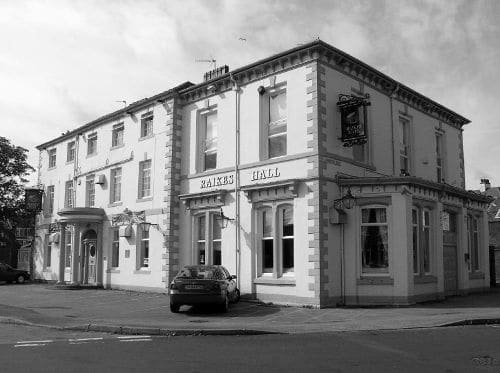 Raikes Hall has served many purposes over the course of its history. It has formerly been a convent, a private dwelling and even a public house. These days it is a stylish bar, but it hasn’t quite let go of its past thanks to the spirit of a drowned woman who is said to haunt the building. 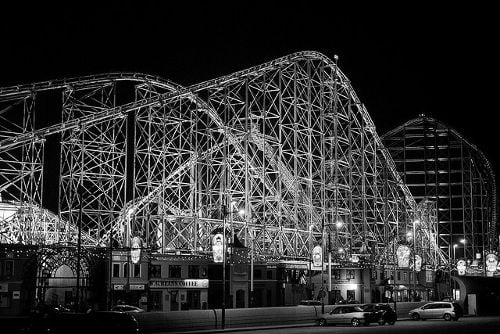 Blackpool Pleasure Beach is well known for being one of the United Kingdom’s most visited attractions. Millions of visitors arrive every year to experience the bright lights, the exciting rides and the various other attractions that the Pleasure Beach has to offer. However, some visitors are thrill-seekers of a very different kind, they are coming here in the hopes that they will have the opportunity to encounter the dead!

One of the most famous Blackpool ghosts is Cloggy, who ironically enough is said to haunt the Ghost Train attraction! He is apparently the spirit of a former train operator who was known for wearing clogs! Visitors and members of staff alike have reported hearing Cloggy walking around the Ghost Train. Everyone knows that it’s him because of the distinctive sound of walking in clogs!

However, Cloggy is by no means the only ghost that is said to be hanging around Blackpool Pleasure Beach. There have also been regular sightings of a male figure in the cellar who is described as looking very much like Karl Marx, the 19th-century German philosopher. There have also been reports of shadow people moving around the entire area and of a female apparition walking through the wall of one of the bars! It is also common for pictures to move on the walls, lights to be switched on or off and for a lady singing to be heard when nobody is around. Recently, there have also been sightings of a young girl of around 9 years of age appearing and disappearing in Sir Hiram Maxim’s Gift Shop and she is often held responsible for objects mysteriously being moved around the shop!

The ice skating rink at Blackpool Pleasure Beach is also particularly haunted. Staff often hear the sound of someone ice skating on the rink when nobody is there and they also report equipment and lighting being shut off and tools moving on their own! Doors will regularly slam shut with no explanation and staff will often feel a very uncomfortable presence near them that makes them feel very uneasy! 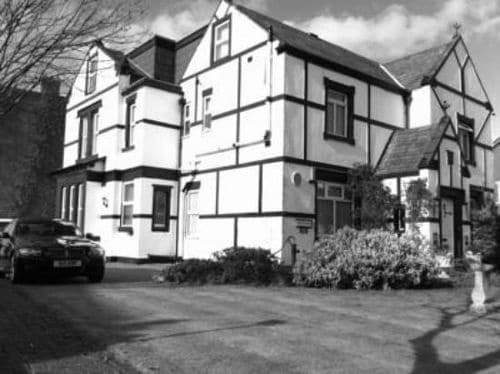 Blackpool’s Old Coach House is said to be the oldest building In the South Shore area and at one time it served as a vicarage. It is now operated as a bed and breakfast, but the owners are frequently told by their guests that there is a male figure wearing a cap and a black cloak who rather disconcertingly stares at them while they sit trying to enjoy their meals. He certainly is not the only spirit in the building though, as there have also been reports of a female entity. The female spirit is known as Shirley and she too haunts the dining area, although rather than staring at diners she is simply said to be keeping watch over the room. The owners have yet to encounter either of the spirits, but the guests see them with some amount of frequency.