The Enfield poltergeist – the name given to the story of the paranormal phenomena that occurred at an entirely normal council house in Enfield, North London, is one of Britain’s most beloved and well-known ghost stories. It’s also been the centre of a major Hollywood feature film, The Conjuring 2, as well as a Sky series titled The Enfield Haunting – both with star-studded casts.

The story of the Enfield poltergeist house has divided many, with a number of respected members of paranormal societies believing the account of the Hodgson family to be entirely true, although many sceptics think that there are many elements of the story that earmark it as being a hoax. Although we may not ever know for sure what happened, the poltergeist in Enfield is still one of the most fascinating ghost stories in modern British history.

Where it All Began 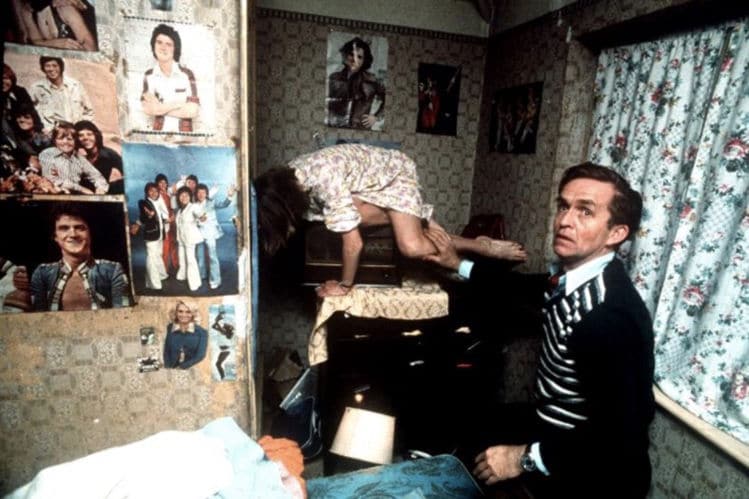 The Enfield poltergeist story began in 1977 and centred on the Hodgson family, mainly on the youngest daughter, Janet. Mother Peggy, daughters Margaret, 13 and Janet, 11 and sons Johnny, 10, and Billy, 7, were living in a semi-detached council house in Enfield. It was an entirely normal, non-descript house. We normally hear of tales of ghostly encounters in grander settings: hotels, castles and ancient buildings, so the haunted house in Enfield resonated with families across Britain because it was real; it was close to home, it felt like it could happen to us.

The first event in the haunting is disputed, but it’s thought to be either the beds moving around Janet and Margaret’s room, or, the chest of drawers moving forwards and then moving backwards. In both cases, Peggy told the children to stop messing around, and didn’t believe that anything was happening until she moved the chest of drawers back into place, only to see it move once again. With that, she became frightened and ran to the neighbour’s house: the neighbours then accompanied them back to the house, only to hear further unexplained noises, such as knocks and banging noises from various places in the house, with no particular source. The police were called and they too heard the noises but could not trace their source.

The Poltergeist in Enfield: Captured on Film 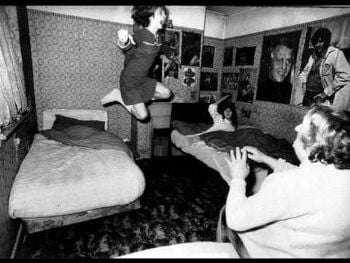 One of the many reasons that the haunted house in Enfield became such a worldwide sensation was because many of the paranormal events that took place inside the home were captured on film. Once the police were called, many more events began to take place: items were regularly thrown around, Janet, the youngest daughter spoke in strange voices and snarls and she was thrown around her bedroom.

One image shows her, midair, in a seemingly impossible leap. Maurice Grosse and Guy Playfair, two of the investigators in the case, from the Society for Physical Research, maintain that they believe the haunting was genuine and caught many of the now-infamous images on film.

Much of the equipment used in their investigation was often found to be malfunctioning upon entering the Hodgson household, despite working perfectly well beforehand, although Janet was found to have hidden a tape-recorder and was video-taped bending spoons on another occasion.

They believe that much of the activity surrounding the Enfield ghost was genuine, although they do suspect that some of the occurrences were exaggerated by Janet for increased attention by reporters. As an example, Playfair said that Bill, one of the voices Janet became most well-known for, had some similar vocal tics and habits to Janet, such as changing the topic of conversation often. Whilst this doesn’t necessarily mean that Bill wasn’t “real”, it does raise questions: why would Bill speak in such a similar manner to Janet?

The Truth About Janet

Most investigators believe that the story begins and ends with Janet. The newspapers wrote about the Enfield ghost and the Enfield poltergeist; many also wrote scathing stories about Janet: Janet, the young girl at the very heart of the story. Whether or not she was lying about some or all of the activity, we’ll never know, but there is little doubt in most people’s minds that at least some of the phenomena – at least in the beginning – was real.

Perhaps Janet started to appreciate the increased attention that she, a middle child in a working-class family was finally starting to get, for perhaps the very first time, and so she started to exaggerate some of the activities going on around her in order to gain more notoriety, exposure and attention. Or, perhaps Janet’s story simply echoes other poltergeist stories: typically, poltergeist encounters occur around young women, before they enter puberty. Janet was at exactly the right age for such an encounter and for all we know some of her behaviours, such as bending spoons and hiding a tape-recorder, may have been encouraged by said poltergeist.

Where do the Warrens Fit in? 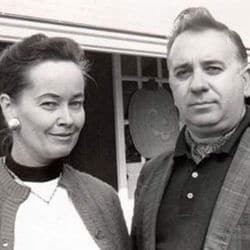 The Warren investigators were well-known paranormal investigators in the 1960s and 1970s and in fact, they may well be better-known today following the three blockbuster films based on their story: The Conjuring, The Conjuring 2 (Enfield Poltergeist Film) and Annabelle.

The Conjuring 2 true story differs from the film quite a bit. The Conjuring 2 showed the Warrens as being incredibly involved in the case of the Enfield poltergeist house, but this may be more than a little bit misleading. In fact, Guy Playfair, one of the investigators in the case, said that the Warrens turned up to the Enfield house uninvited and actually stayed for just one day.

Ed Warren also reportedly told Playfair that a lot of money could be made from the case, which could indicate why the Warrens themselves turned up to do their own bit of investigation.

Perhaps the most interesting part of the whole case centres on Bill, the voice that Janet was heard to use and speak with on a number of occasions, in a gruff, low tone. Some research suggests that the idea of using a different voice or a number of different voices might have been “planted” in Janet’s head by Grosse.

Janet told reporters that Grosse had told her that the voices were needed so they could talk and immediately following, the voices came. Something unexplained about Bill however, is how Janet could have known that Bill died of a hemorrhaged in the armchair in the living room of the house, which was later confirmed by his son – that a man named Bill had died in the house, of a haemorrhage, sitting in his chair in the living room.

The Bill story is what gives the the Enfield Poltergeist case that feeling; that tips skeptics over from not being sure into being believers.

After a year and a half of activity, the phenomena at the Enfield house abruptly came to an end. No-one knew why, but these sorts of hauntings are common with poltergeists: they stop, they start, and the family gets back to normal.

During that year and a half, many phenomena occurred: furniture moving, electrical equipment malfunctioning, Janet spoke in different voices and snarls, knocks and banging sounds could be heard from around the house – and from what we can tell, the family could not find a source for any of these activities, at least in the beginning.

Whether or not the Hodgson family was telling the whole truth remains to be seen, but we still can’t come up with a reasonable explanation for the Bill story. Can you?

You’ve read up on the conjuring 2 film, please see our article on the Conjuring True Story here.