5 Most Haunted Places in London

London is the heart of the United Kingdom and a destination for travellers from all over the world. From this city have come some of history’s most important people, decisions, and works of art. But the English capital has also been the setting for thousands of ghost stories. From headless queens to phantom highway men, London is home to a score of spirits – further enhancing its reputation as a melting pot of all races. 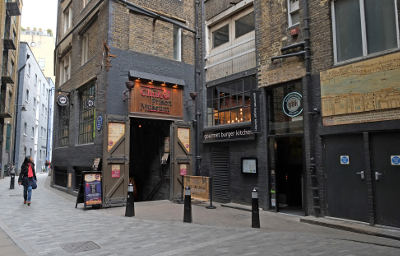 From its opening in 1144 to its closure six-hundred years later, The Clink in Central London became so synonymous with misery and suffering that its name is now used as a slang term for all prisons.

Those in positions of authority at The Clink are said to have been sadistic, sociopathic, and lacking in any empathy for their fellow man. The cruel and unusual punishments carried out in the jail were permitted by the church and included starvation, solitary confinement, and savage beatings.

It is no surprise that these “rehabilitation” methods have left many lost souls wandering the prison, still paying for their crimes.

Those who have visited The Clink have reported seeing the ghosts of both prisoners and guards, as well as hearing mysterious footsteps and slamming doors. Repeated sightings of specific spirits are rare here, but one apparition which is witnessed frequently is that of a woman, fumbling with the chains used to bind her during her life. 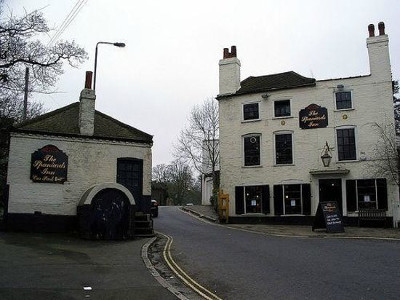 Built in 1585 and still serving thousands of eaters and drinkers every year, The Spaniard’s Inn is historic, atmospheric, and, of course, haunted.

Dick Turpin, an infamous British highwayman, is said to have spent much time in The Spaniard’s Inn, eying unsuspecting travellers and plotting his next heist. It has been said that Turpin’s ghost still haunts the inn and the surrounding area, occasionally being seen travelling to the building on horseback.

Visitors to The Spaniard’s Inn have also witnessed the ghost of a woman dressed entirely in white, though little is known about her or her relationship with the property. Perhaps she is simply one of many to have fallen in love with the quaint inn and doesn’t want to check-out just yet. Or perhaps she is one of Dick Turpin’s many victims. 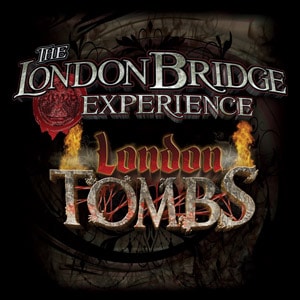 If you’re a fan of horror, you have probably already been to – or plan to go to – The London Tombs. The London Tombs are one of many attractions across England which combine a manufactured eerie atmosphere with dozens of actors masquerading as ghosts and ghouls, with the sole purpose of terrifying all who enter.

However, some reports suggest that there may be something a little more sinister going on at the attraction.

The London Tombs, which are part of The London Bridge Experience, are an optional part of the tour and open only to those who are over the age of eleven. They are built on the site of what was once a plague pit; a mass grave for those who perished during the Bubonic Plague.
Members of staff have reported seeing the dark shadow of a man moving around the building, which is particularly frightening when if you’re familiar with the tales of black shadows appearing in English villages just prior to plague outbreaks.

Staff and regular visitors are also familiar with Emily, a young woman who is frequently seen lurking within the tombs. By all accounts, Emily is aware of what is going on around her. Numerous dissatisfied tour groups have complained about a woman, who they believed to be an uninspired actor, simply staring at them during their tour and doing nothing to frighten them. If only they knew the truth.

Kids can be pretty scary even when they’re alive, so it really is no surprise that The Ragged School Museum has built up a reputation as one of the creepiest spots in all of London.

Opened in 1877, The Ragged School was intended to provide children from the impoverished Mile End with a basic education. It was closed it 1908 when the area began to improve and it was deemed no longer necessary. For the next several decades, the building was used for a variety of purposes before being opened as a museum in 1990.

Those who visit the school hoping for an insight into the Victorian education system often see a whole lot more than they bargain for. Many have reported hearing both laughter and ear-piercing cries. Some even claim to have come into contact with the spirits of the boys and girls who spent their childhood years in the stuffy classrooms of The Ragged School.

The museum has also been the site of some of the most startling poltergeist activity ever reported in London, which is really saying something.

Due to its reputation, it has been the focus of many paranormal investigations. Ghost hunters invited to inspect and explore The Ragged School Museum have encountered mysterious floating orbs and disembodied voices, some of which have even been captured on tape. 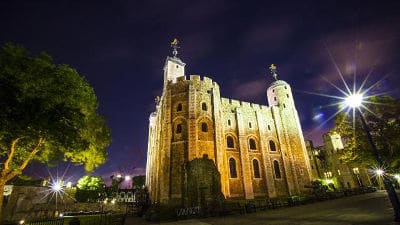 It would be remiss of us to put together a list of the most haunted places in London and not include the infamous Bloody Tower.

From 1100 to 1952, The Tower of London was used as a prison for those particularly disliked by the Royal Family. Prisoners here, as we all know, were usually beheaded – though it seems even this did not end their time confined to the building.

Visitors and employees at the tower have long reported voices and apparitions, which they attribute to the large number of ghosts believed to dwell within the tower walls.

The ghosts of historical figures such as Guy Fawkes, Lady Jane Grey, and Henry VI are said to still lurk in The Tower of London. Less famous prisoners have also gained notoriety in the afterlife for their refusal to leave the scene of their suffering

Perhaps most famous of all ghosts at The Tower of London is the ghost of Anne Boleyn, the beheaded wife of the merciless King Henry VIII. Many who claim to have seen Boleyn’s spirit say she walks with her head tucked beneath her arm. Others have spotted her from the courtyard, staring out the window of the room in which she was held captive by her maniacal husband.

Other Haunted Places in London: