The Haunted Tower of London

The Ghosts of the Tower of London

During its 900 years of existence, the Tower of London has earned the reputation of being one of the most haunted places in the UK.

Thomas A. Becket is one of the first ghosts seen in the tower. When the Inner Curtain Wall was still in construction, Thomas seemed to be very unhappy about it and reduced the wall to rubble with the strike of his cross.

The grandfather of Henry III was said to be the reason for Becket’s death, so he built a chapel in the Tower for the Archbishop. People believe that Becket was pleased with the chapel’s construction because no further interruptions were reported after the incident with the Inner Curtain Wall.

Arbella Stuart is one of the castle’s most famous ghosts. She was once seen as a potential successor to Queen Elizabeth I. It is said that her ghost stays in The Queen’s House on Tower Green.

According to records, Arbella Stuart married the nephew of Lady Jane Grey, William Seymour. The marriage was thought of as a threat to the crown, and it did not have the permission of King James I.

Arbella was put under house arrest at Lambeth while her husband William was sent to the tower. Arbella plotted to get William released to travel together to France. However, William missed the rendezvous.

Arbella set sail all alone, but she was recognised and was sent back, this time to the Tower. William, on the other hand, made it to freedom. She stayed there until she died in 1615 in The Queen’s House at the age of 39.  It is believed that she was murdered in the castle.

The most persistent of all ghosts in the Tower of London is that of no other than Queen Anne Boleyn. She was married to King Henry VIII. She was arrested and taken to Tower Green and was beheaded on the 19th of May, 1536.

Several sightings of Anne Boleyn have been reported. She appears close to the site where she was executed and has also been seen leading a procession down the aisle of a chapel. Several people have reported seeing her headless body walking the Tower’s corridors. More Anne Boleyn Ghost Sightings.

The Bloody Tower is a place that conjures up horrible images. There is the story of the two young princes, Edward V and his brother Richard, who were declared illegitimate by Parliament and sent to the tower. They were often seen playing happily around the grounds but suddenly vanished and were never seen again.

It was assumed that they were murdered by order of their uncle, the Duke of Gloucester. Two skeletons, believed to be the children, were unearthed beneath a staircase in the White Tower.

The ghosts of the children are often seen wearing nightgowns clutching each other in terror in the castle’s rooms. They are also heard throughout the Tower.

There is also the White Lady of the massive White Tower. The White Tower is one of the oldest and most foreboding buildings, and it is the eerie haunt of the White Lady. She was said to have stood once at a window waving to little children at the building on the opposite side. Her cheap perfume fills the air upon your entrance to St. John’s Chapel.

Guards of the Tower of London have reported having a terrible crushing sensation upon entering the place where King Henry’s VIII impressive suit armour is exhibited.

A guard patrolling the grounds reported a sensation of someone throwing a cloak over him. When he tried to free himself, the cloth was seized from behind and pulled tightly around his throat by his unseen attacker.

The Tower of London was built by William the Conqueror in 1078. It is a complex of multiple buildings set within two rings of walls built to keep intruders out. Kings made several expansions during the 12th and 13th centuries.

The Tower of London has played a significant role in the history of England. It has been a treasury, a public records office, an armoury, the Royal Mint’s home, and the home of the country’s crown jewels. Although there have been a lot of modifications and additions to the tower, the original layout of the building remains.

The country’s history will be incomplete if the Tower of London is not mentioned. The tower has been besieged several times. Kings and conquerors believed that to control the country, the tower must be conquered first. During the 15th century, the castle was used as a prison.

However, the peak period of the castle’s use as a prison was in the 16th and 17th centuries. Elizabeth I was one of the many prominent figures held captive in the tower. The use of the tower as a place for captives popularised the term “sent to the Tower”.

Although there has been a lot of talk and a pervading belief that the tower is a place of death and torture, only a total of seven people were executed within the tower, a figure which is low compared to other places. The executions were commonly held on the notorious Tower Hill on the castle grounds. In 400 years, 112 executions took place on Tower Hill.

John Taylor and Anthony Salvin restored the castle to what they believed was its medieval appearance. They cleared out most of the vacant post-medieval structures. During the two World Wars, the castle was again used as a prison, and 12 men were executed for espionage.

The castle was severely damaged during Blitz in the Second World War, but it was repaired and opened to the public. Today, the castle is cared for by the Historic Royal Palace, a charity, and protected as a World Heritage Site. 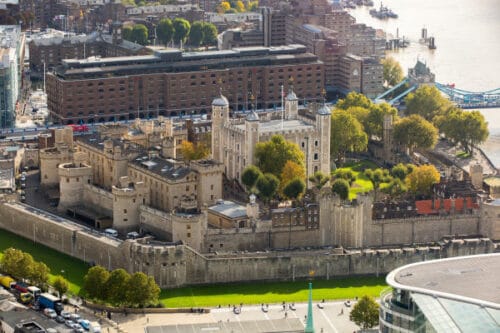 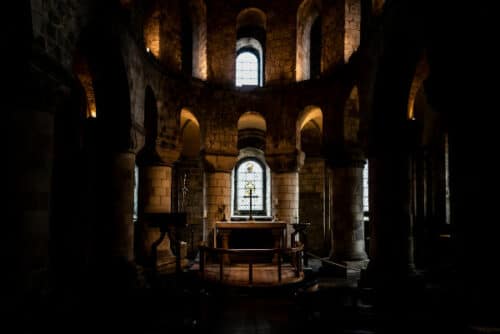 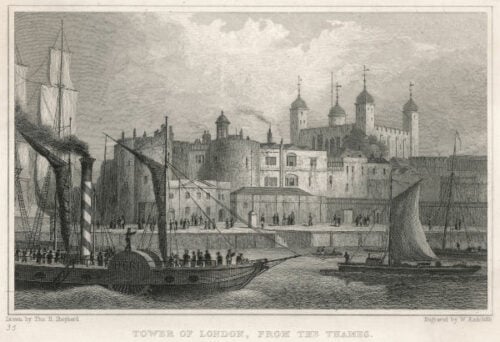 Visiting the Tower of london

We recommend pre-booking your tickets and timeslot online for the Tower of London. However, you can purchase your tickets on the day from the ticket office on Tower Hill.

The Most Haunted Hotels in London