The Ghosts of Bethnal Green Underground

During World War II, Bethnal Green Tube station was one of the few stations that were the obvious choice for shelter when air raids were being carried out. The station has 5,000 bunks, and at times it can hold 7,000 people. The station saved many lives during the Blitz; however, it also became the site of one of the worst civilian disasters of the war.

Following the heavy bombing of German forces on March 3rd 1943, Londoners flocked through the streets and into the underground shelters. When the air raid sirens sounded to announce another raid, almost 500 people were already inside the station. Further into the evening, more than 1500 people were ushered into the stations. It was also raining during that time, and the steps were wet and slippery.

It was almost 9 in the evening when air-raid sirens started to go off, and a loud whirring sound that sounded like a bomb was heard. It was in fact an imitative anti-aircraft rocket being fired. The noise was so noisy that people started to panic. In their frenzy, people began slipping on the wet steps, which caused more people to fall on top of them. One hundred seventy-three people were killed, and most of them died of asphyxiation. There were 27 men, 84 women, and 62 children that died that night.

For fear of a public backlash, the Government tried to cover up the incident, telling the public that it was a bomb that went off, instead of the terrible accident that had ensued.

The tragedy in the tube left an indelible print on the station and the people who work there. A very famous story is of a man who was working in the station and was getting ready to call it a night. The last train had departed, and all the staff had gone home, apart from him. He secured the station, turned off the lights and went back to his office to finish off some paperwork.

He had not been back in the office very long before he started hearing children sobbing. At first, he shrugged it off and carried on working, but the crying grew louder and louder. After that, he heard female voices and screams and noises he could not identify. He described the sound as similar to people who are panicking. The sounds lasted for 10-15 minutes, and he was so frightened that he ran out of the office and rushed to the top of the booking hallway to get away from it.

The same sounds have been heard by staff at night on many occasions. 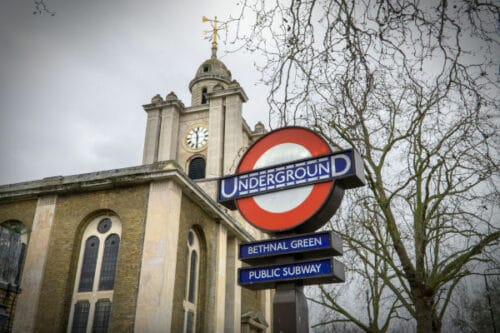 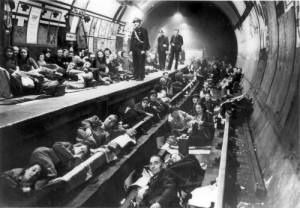 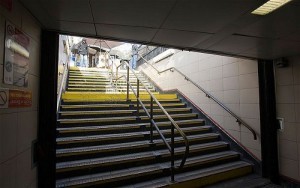 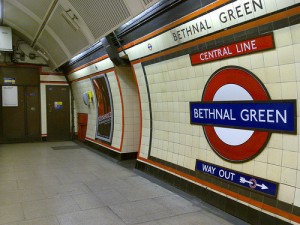 If you don’t pass through Bethnal Green on your commute, it’s worth a visit. Unveiled in 2017, was a sculpture called ‘Stairway to Heaven‘, which is a magnificent wooden staircase engraved with the names of the 173 victims of the terrible tragedy that fateful night in 1943.