Monuments to the dead in Highgate Cemetery became more and more ambitious, and families started to outdo each other desperately on providing ostentatious resting places for their loved ones. However, World War II saw the cemetery’s fortunes dwindling, and the once-proud necropolis was abandoned.

Rumours about cults meeting in the cemetery and holding ceremonies in the ruins of the cemetery started. The local newspaper, Highgate Express and Hampstead started receiving letters from frightened individuals who went through various ghostly encounters.  One man wrote that his car was broken down near the cemetery, and he was terrified to have seen an apparition with red eyes glaring at him through the cemetery’s gates.

Another man who was walking down Swains Lane was knocked on the ground by a creature that seemed to glide from the walls of the cemetery. The gruesome creature just dissolved into thin air when an approaching car shone its headlights on the man. There is also the story of a ghostly cyclist working his way up to a steep incline and frightened young mother almost out of her wits.

It was also once suggested that a vampire was on the prowl in the cemetery, and this led to a barrage of cameras, television crews and journalists coming to the cemetery. The hunt for the un-dead was underway, but unfortunately, they did not find any.

The cemetery’s history and reputation have made it one of the most visited places in the UK for people who would like to investigate or experience the paranormal.

The cemetery opened in 1839, and it was part of the plan of the Magnificent Seven cemeteries outside of London. During that time, church cemeteries could not cope with the number of dead people who needed a burial. The cemetery was initially designed by Stephen Geary.

The cemetery was originally dedicated to St. James by Right Reverend Charles Blomfield. Two acres were for Dissenters, and fifteen acres were for the use of the Church of England. The rights of burial were sold to people for a limited period or perpetuity.

Just like the other burial places included in The Magnificent Seven list, Highgate became a very fashionable place for burials. Even people who had no deceased relatives or friends in the cemetery came to visit and admire it. During Victorian times, Gothic tombs were made with wealth and pageantry. The South-facing hillside site of the cemetery is spectacular.

The grounds of the cemetery are full of wildflowers, shrubbery and trees. All of these things grew without human influence. There are also lots of animals on the grounds, such as foxes and birds. Some of the most notable parts of the cemetery are Egyptian Avenue and the Circle of Lebanon. The oldest part of the cemetery has an impressive collection of mausoleums and gravestones from the Victorian era. There are also tombs carved elaborately. Today, admission is strictly limited to tour groups. The newer sections can be toured without any escort.

The cemetery houses illustrious names which are admired the world over. Some of the famous people buried in the cemetery are Karl Marx, Feliks Topolski, Jane Arden, William Michael Rossetti, Elizabeth Siddal and Ellen Wood. 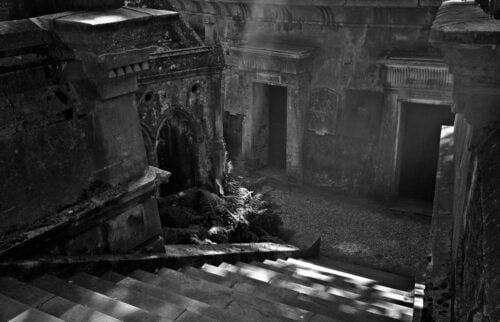 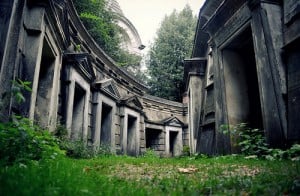 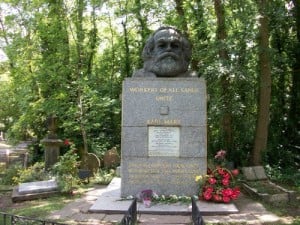 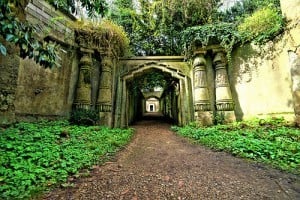 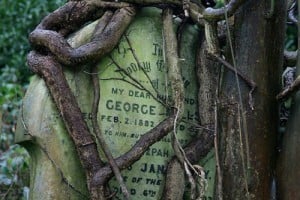 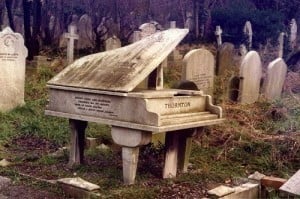 You can visit Highgate Cemetery any day of the week, from 10am to 4pm (5pm march – October).

West Cemetery is by guided tour only, though any ticket purchase also includes access to the East Cemetery. Tickets are £14.00 for Adults, Children (8-17) are £7.00, carers go free, children under 8 are not permitted on in the West Cemetery.

You can visit their website to book tickets or pay at the gate.

SOLD OUT
Out of stock