Poltergeists are some of the most disruptive spirits you’ll ever come across. In fact, a poltergeist is the German term for “noisy ghost”, which is quite an apt translation. There are numerous poltergeist stories in folklore and film and they’re well known as being some of the noisiest, most violent ghosts around, and if you’re unlucky enough to encounter one it’ll be something you’ll remember forever. Although we’re not yet sure if poltergeists are the same as ghosts, or whether they’re demons, or something else completely, one thing is for sure – they are one manifestation you want to steer clear of.

Typically, activity around poltergeists centres around individuals that are mostly around the age of puberty. They’re usually focused on one individual rather than a family, although the events do of course affect the entire household. To begin with, poltergeist hauntings may seem similar to regular hauntings, but what sets them apart is the violent and aggressive nature of the haunt. Real poltergeist activity tends to include violence against the individuals in the house, and poltergeists have been known to inflict scratches, bites and even strangulation injuries on their victims. Levitation, electrical problems and strange smells have also occurred.

The Enfield Haunting House we already wrote about, but here are 4 more real poltergeist stories that you may not have heard of.

Although poltergeist activity tends to centre on a home or on an individual within that home, poltergeists can also get “stuck” in one place. One of the most notorious poltergeist stories is that of Greyfriars Cemetery in Edinburgh, Scotland. This real-life poltergeist encounter is all down to so-called Bluidy Mckenzie, a man responsible for the death of 18,000 men who were opponents of Charles the II earning him the bloody nickname.

One of the first reported encounters of poltergeist activity in the cemetery occurred in 1999, when a man disturbed the coffin of Mckenzie to find shelter. The homeless man ended up in the tomb during a stormy night, and Mckenzie’s coffin collapsed. The homeless man quickly bolted, terrifying a man walking his dog through the cemetery – seeing a man fleeing from a tomb covered in dust.

It seems that that encounter awoke something in the tomb, because since then, there have been numerous reports of poltergeist activity in the area and at one stage, the cemetery ended up closing to public visits. A ghost tour was set up so that members of the public could enjoy this poltergeist true story for themselves, and since then, more than 170 people have apparently passed out or collapsed during the tour. More than 350 visitors have been attacked and numerous injuries including broken bones have been reported. 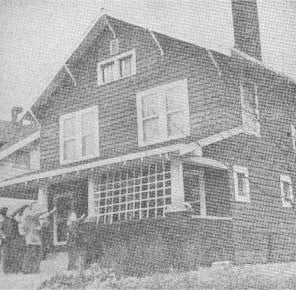 Another of our favourite true poltergeist stories is that of the Indianapolis poltergeist. In the 1960S, the three Beck women lived together, including Linda, who was the teenage daughter.

There was much stress and strife in the house, which poltergeists seem to feed on – the more stress, the more activity. Things started off relatively benignly, with a beer mug moving of its own accord. Soon, an ornament moved and smashed to the ground while all three women were on a different floor of the house, and they decided they’d be better off spending the night elsewhere. When they returned and were running errands in the upstairs of the home, they heard crashes and noises downstairs, only to discover glassware and crockery smashing to the ground. The police and paranormal experts were called and although the paranormal expert was bruised during his visit to the home, no source could be found for the activity. The women in the house were covered in scratches and bruises, and although Linda’s mum was eventually arrested for throwing some stuff around the house – it seems much of the activity still has no explanation.

The Thornton Heath poltergeist is one of those real-life poltergeist stories that send shivers up your spine when you read about it. It’s less well-known than the Enfield case, although it’s just as spooky. In the late 70s, a poltergeist tormented the family for nearly four years, answering the question, “do poltergeists exist?” very succinctly for the individuals in the house. A clock radio turned on in the middle of the night, kick-starting events, and at Christmas, the tree shook. Ornaments were flung around the room and their son woke up in the middle of the night to find an old man in his room after hearing footsteps throughout the house. Bangs and crashes were heard, but on many occasions, nothing was disturbed. Eventually, after consulting a medium, it was found that the man seen in the bedroom was called Chatterton, who thought of the family living in the house as trespassers. The activity in the house occurred as a way to get the family out. Chatterton’s wife was even seen in the house too. Luckily, when the family left the house after four short years, the poltergeist activity stopped with them and nothing has been reported since.

An infamous true poltergeist story to come out of Jaboticabal, Brazil is that of Maria, who was subject to a poltergeist attack back in the 1960s. Rocks and stones were thrown at her and on many occasions, these rocks were a great weight, up to nearly 9kg on one occasion. They were also magnetic, and had other odd properties. Soon, rocks stopped being thrown, and her furniture was instead thrown around. Maria was also attacked, and viciously so – slapped, bitten, beaten and more, she even had needles inserted into her skin by an unseen entity, embedded so deep within the skin they had to be removed by a doctor. The poltergeist tried to suffocate her in her sleep, and her clothing even caught fire. Eventually, after Maria went to see a medium, it was found that she was subject to these attacks because of her actions in a previous life. It was thought that Maria had been a witch – but a bad witch, and that she was being attacked by a spirit that she’d tormented in her previous life. Maria sadly committed suicide at age 16 to put an end to the activity.