There isn’t much better than curling up at night with a good book, a blanket and some hot chocolate. If you’re a fan of all things spooky and paranormal (and you probably are, if you’re here), then the very best kind of book is a ghost book. Or, even better, a selection of ghost books. The very best ghost stories are those that send a shiver down your spine, where you feel like you have to glance behind you to make sure there’s nothing there. Here, we’ve gathered together 12 of the best ghost books ever written. Dive in and expand your spooky horizons!

This’ll be the only story on our 12 best ghost story books list that doesn’t quite include ghosts, but it’ll leave you shivering in a chair for days on end, and that’s all that matters, right? All we’ll tell you is that the protagonist gets it in his head that he wants to pierce the skin of his new baby. Chaos ensues.

It’s been made into a movie once before and will be released again in 2017. Terrifying adults and teenagers alike the world over, IT tells the tale of a clown that lives in the sewers who shows himself through balloons and sinks filled with blood. If you’ve never read the book, you really, really need to. Is the clown a demon? Something from another dimension? Stephen King is the master of weaving tales about the paranormal, particularly in the next book in our list.

Another excellent film, but an even better book. Master storyteller Stephen King weaves a magnificent tale of a man and his family who go to live in a hotel in the Rockies for the winter, whereby the spirits in the hotel slowly send the man into a rage-induced frenzy.

Quite literally one of the very best ghost stories in contemporary fiction, Straub’s breakout book Ghost Story tells the story of a group of men who gather together to swap spooky stories. Unfortunately for them, the creatures from their stories, as well as some demons from their past, set upon them whilst they swap tales. It’ll keep you up for days on end.

In more of a traditional ghost story, this tale from accomplished writer Michelle Paver tells of a group of a men in the Arctic in the 1930s. It’s already an incredibly sinister setting, what with all of the darkness, snow, fog and eerie silence, but what makes it even worse is that when the men try to make sense of the darkness around them, they encounter something more horrific than they could have ever anticipated.

Next up on our top ghost story books list is The Woman in Black. It was a fantastic film – a bit of a slow burner, but ultimately, a psychological horror that was a fantastically spooky ghost story. The book is a little bit different. There’s a locked nursery, with screams and calls for help coming from the marshes around the house, and the children in the nearby village are going missing. Is it the Woman in Black?

Even Stephen King says of this book, “Hell House is the scariest haunted house novel ever written. It looms over the rest the way the mountains loom over the foothills.” Billionaire Dr Lionel Barrett decides that he wants to enter and stay in a haunted house so that he can prove that there is something after death. The house was owned by a rather perverted man called Emeric Balasco, and there was a huge amount of negative energy residing there, just waiting for Barrett to enter.

8. The Turn of the Screw, Henry James

Holding the next place in our best ghost books list is The Turn of the Screw. In this story, a governess is employed by a man with the conditions that she never, ever contact her employer. Her job is to look after the neice and nephew, but on her very first day at the job, the nephew is expelled from school. She grapples with whether or not to tell her employer, but then stranger things start to occur. Spirits appear, but the children don’t see them – so we’re not sure whether or not these ghosts are real or not. 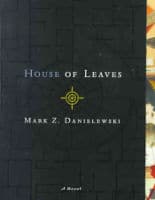 If you’re looking for the best ghost story books, House of Leaves is an excellent place to start. It’s another haunted house tale, but what it really does well is get inside your head and under your skin. It plants a perfect sense of claustrophobia in your mind and a creeping sense of dread that doesn’t leave for days.”

10. The Trial, Franz KafkaBuy The Trial

The best ghost books, in my view, are those that fill you with existential fear. Kafka’s fantastic prose in The Trial does just that. The very best setting for a ghost story is when the main character is forced into a kind of lifetime of isolation, relentlessly pursued by unseen forces and spirits, but does not know why or who these unseen spirits are, or what they want from him. The Trial that the character faces sends him into a downward spiral of mental despair and we follow him on that journey.

This tome by Clive Barker is filled with rather bleak and unsettling stories. It’s another book that has been hailed by Stephen King, who called it the “future of horror” when it was released. It’s a collection of short stories, with some bloody tales, some psychologically unsettling, and some extremely creepy. There’s some ghost stories in there, too. An excellent book if you’re a fan of short stories.

The first book by Joe Hill, Heart-Shaped Box, is a brilliant debut. Contemporary horror hasn’t made much of an impact on our list, but this is a fantastic book with a slightly strange premise. It’s a little bit like the premise of Clown: the protagonist buys a suit, which then overtakes him, body and soul. Is the suit possessed by a demon or a poltergeist? Does the poltergeist the latch onto the protagonist? You’ll have to read it to find out.

Good ghost stories have to keep you guessing. They don’t have to keep you up all night, but they should keep lingering in the back of your mind for days on end, nagging at your thoughts. That’s why we put together this list of the very best ghost story books so that you can spook yourself silly whenever you like, with some of the best classics in the genre.