Hauntings at the Galleries of Justice

The National Justice Museum (formerly known as Galleries of Justice) is a scary place reminiscent of its gruesome past. Men, women, and children were sentenced and hanged here for crimes as minor as theft. Many undeserving people lost their lives here, young and old, and it’s no surprise that some have decided to stick around, haunting the museum to this day!

Here are the most haunted areas of the museum…

There are many reports at this location, and the frequency of the occurrences is startling. The cleaners of the hall will refuse to work on their own for fear of something happening. In the reception area, no less than three ghosts have been spotted on many occasions. One is described as a soldier, a Victorian man in fine clothes, and an old lady.

The courtroom is also a hive of activity, with light anomalies, shadows, and knocks responding directly to questioning. Terrifying groans and screams have also been heard in this area, thought to be that of the people/families of those sentenced to death.

Further down into the Galleries of Justice is the pits, which is a very frightening place to be. People often report the feeling of extreme sickness coming over them in this area, causing them to flee the building. People have also reported being touched, and footsteps are often heard. Dark figures have also been reported on many occasions.

This area of the hall is believed to be the most haunted of all. Poltergeist activity such as things being thrown is often reported. A cross has often been thrown across the room, and loud noises and bangs are often heard. People have also been touched, and stones have been thrown.

The Galleries of Justice is teeming with activity from top to bottom, so it’s not a place for the faint of heart!

Related pages: The Most Haunted Places in Nottingham

The National Justice Museum (aka Galleries of Justice) in Nottingham, England, is filled with history.

It’s been used for law enforcement purposes for over 600 years, with evidence that suggests the hall was first used back in 1375 by the Normans, who had appointed Sheriff’s to keep peace and collect the taxes from the population.

However, the discovery of the caves and network of tunnels below have given Archaeologists clues that point to the site being used for imprisonment and punishment going back to 600AD.

There was also a jail here with records showing its use as early as 1449. The prison cells can still be accessed today.

Countless executions took place on the steps of the Galleries of Justice, with the last hanging being in 1864, the unfortunate soul on that occasion was Richard Thomas Parker. 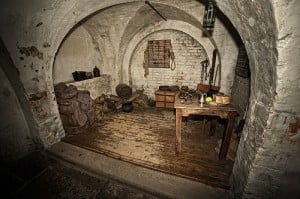 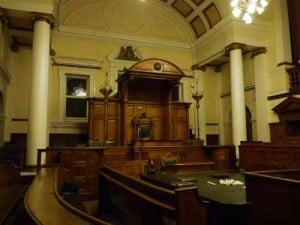 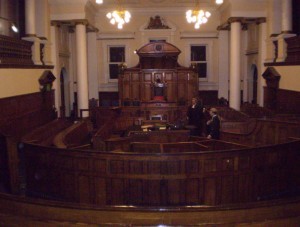 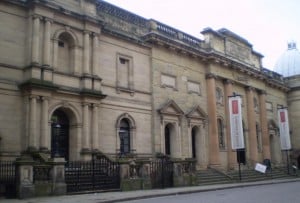 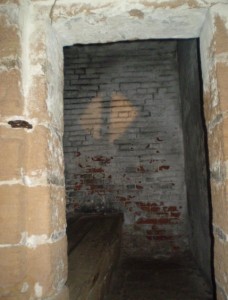 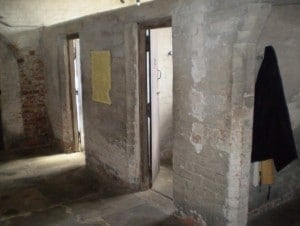 You can visit the National Justice Museum and the City of Caves beneath on Mondays (10am-5pm) and Friday-Sun (10am-5pm).

You can save money by booking a joint ticket for both the museum and the City of Caves.