10 Most Haunted Places in Nottinghamshire

The county’s links to monarchy, establishment, opulent wealth and abject poverty has resulted in a very wide range of paranormal experiences by those visiting or living in the county. Phantom steam trains, ghostly factory whistles and a very haunted bridge with sightings of contemporary ghosts are just some of the spooky experiences that Nottinghamshire has to offer.

Read on to learn of the 10 most haunted places in Nottinghamshire: 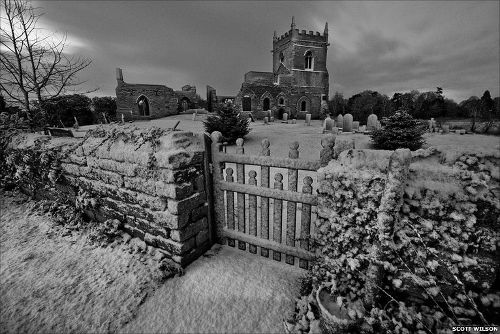 The bells of St Marys Church have long since been removed, yet visitors to the site of its ruins have reported the sound of ringing bells and of hymns being sung. Candlelight has been seen in the ruins of the church but when investigated, the remains of the building are empty and unlit. Some of those visiting the site have reported the sound of moaning coming from underground and it is suspected there may be a hidden tunnel underneath. 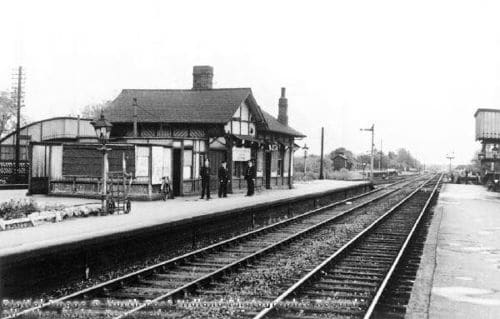 Haunted railway stations are reported up and down the length and breadth of the UK but perhaps this is the one you are most likely to have a ghostly encounter. There have been several varied reports at this ghostly site and it has earned itself the title of the most haunted station in Nottinghamshire. Several people have heard the sound of a steam train approaching on the disused section of the railway, the engine slowing down as if to stop at the station. Even the smell of coal and steam has been said to be present during these manifestations. The phantom of a lorry driver who was killed at the junction has also been spotted at the site where he died and other witnesses have seen a man with a newspaper standing on the platform. 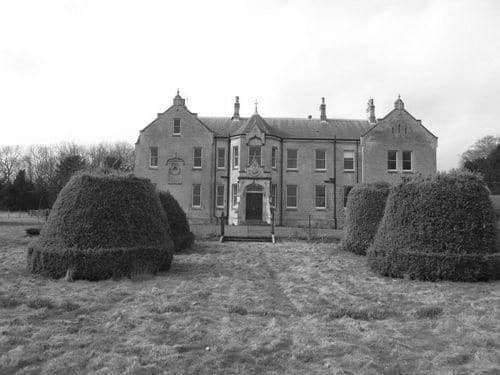 Built in 1100 AD Hermeston Hall has connections with notable Elizabethan socialite, Bess of Hardwick. Over the years, the 16th century abbey area to the rear has been built upon, with various owners adding new wings, eventually forming a square shape with some 50 rooms! With evidence of a Roman Villa within the grounds, the building has gained a reputation for being haunted by a number of manifestations. The ghosts of Roman soldiers have been seen marching along the driveway and a woman said to resemble Bess of Hardwick, with red hair and black clothing, has also been spotted in the grounds. Phantoms of Victorian children and servants are said to walk the corridors and stairs. Other phenomenon includes the smell of tobacco, hearing low voices, a handprint on a window, a boy playing piano and children screaming. There have been several investigations into the happenings with unexplained orbs and red mists being caught on camera. 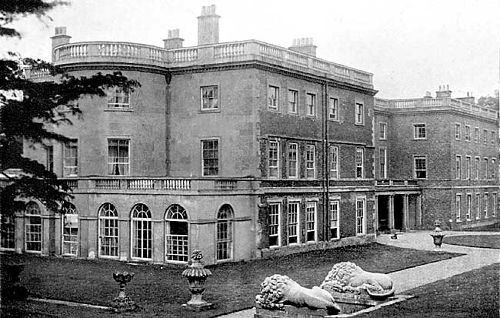 Mentioned in the Doomsday Book, Clifton Hall was originally a fortified tower house designed for both defence and as habitation. It was remodelled in the 18th century in Georgian a style and remained in the same family from the 13th century until the mid 20th century. The hall made tabloid news a few years ago following the departure of its then-owner, owing to the paranormal activity experienced by him and his family from the day they moved in. The family bought the hall in 2007 for £3.6m as a family home and it is said that they experienced paranormal activity including hearing knocking coming from the walls and a voice asking, “is anyone there?” The man’s wife also saw her eldest daughter watching television downstairs at 5am, but when she checked her daughter’s room, the daughter was still in bed, fast asleep. Over time, friends and family refused to go to the house owing to hauntings. The family invited a group of paranormal investigators to visit the house where one of the group members said that it is the only place they had investigated where they felt really scared. Blood was found on the youngest child’s bedclothes and that is when the family decided that enough was enough and left the property for good. 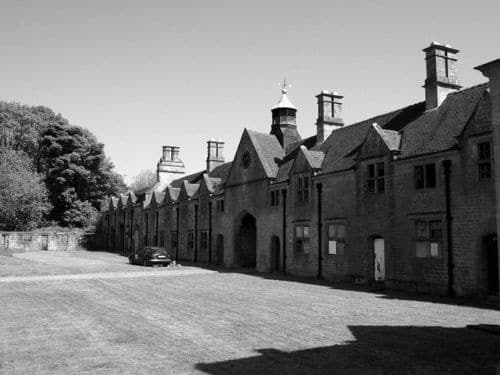 The White Lady has been seen by a number of witnesses. The mistress of a former owner apparently walks the walls, having died during childbirth. Another apparition has been spotted (although it has not been confirmed if it’s the same lady), crossing the road outside the hall, the car passing straight through her. Investigators who have visited the site have recorded laughter in the stable area of the grounds, which was empty. The stables are said to be the location where a young serving girl hanged herself.

Stonebridge Road is a hive of strange phenomena. Phantom sounds have been reported – the sound of a factory siren has been heard by a large number of people, despite the building no longer standing. In the same area, a woman can be heard screaming hysterically in the early hours of the morning. There have been visual manifestations in this area too though, with reports of a phantom man but no further description has been offered as to what he looks like or any idea who it might be.

If you are seeking variety in the one spot, then Trent Bridge is the place to head to by all accounts. Reports from this area include that of the ghost of a man wearing a green jacket who looks over the edge of the bridge, then disappears. People crossing the bridge have reported phantom voices and the ghostly apparition of a jogger. Others have reported seeing people leap from the bridge but vanishing before hitting the water. A man paddling a canoe has also been seen to be travelling along the river, but suddenly vanishing as it passes under the bridge. 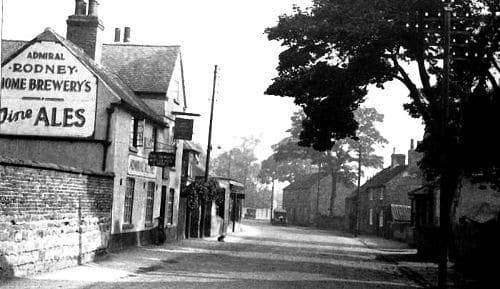 This village very much celebrates its haunted locations, which includes houses, its Folk Museum and village pub. Most intriguing is the area of Georges Hill where it is said that some taxi drivers avoid after dark and will only enter the village from the Woodborough direction. Over the years there have been numerous sightings of a phantom dressed in black. One witness claimed that it stepped out of the shadows wearing a large hat, bearing a large hooked nose and wore a large silver chain around its neck. The figure followed the witness, gliding along the road when the witness began to run, with the figure effortlessly keeping up with him. The witness was said to be ill for several days following his encounter. On another occasion, a woman driving down Georges Hill at night, looked in her rearview mirror to see a black-hatted figure sitting in the back of her car, remaining there for several seconds before disappearing, causing the woman to almost crash. A young couple driving in the same area have reported the same figure too. Again, Georges Hill was the location of a sighting by a couple who, when driving up the hill, saw what appeared to be just a pair of legs, wearing riding breeches, running across the road. 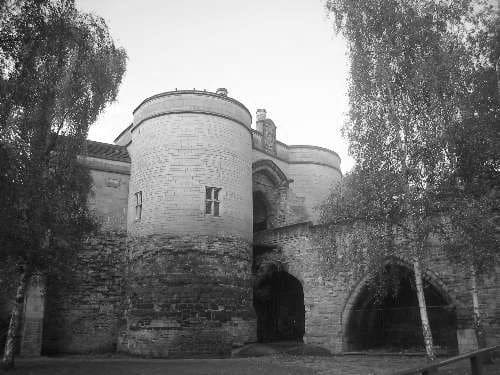 Located in a commanding position upon a rock, overlooking the city, there are some quite eerie and sinister stories linked to Nottingham Castle. While King Richard I (Richard the Lionheart) was on his Third Crusade, the castle was occupied by the Sherriff of Nottingham and is the location of the final showdown between the Sherriff and Robin Hood. It is said that prisoner Roger Mortimer who in 1330 was dragged to his execution from the cells in the castle, can often be heard pacing around the cells. Queen Isabella, who had been is lover, has been heard screaming in response to her lover being put to death. It is said that if you witness the spirit of the Countess of Nottingham, you should be very fearful as she only appears to people who are to die within the year. 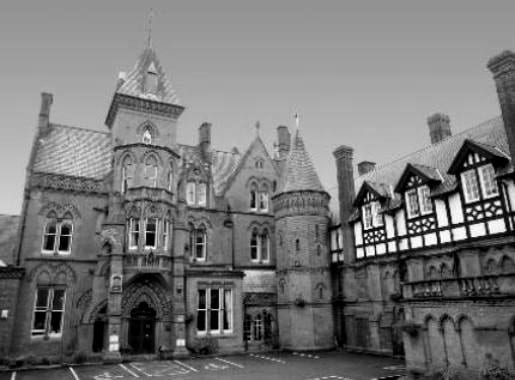 This stunning residence, which is now a hotel, was once the love nest of King Charles II and his mistress, the infamous actress and orange seller, Nell Gwynn. The famous diarist Samuel Pepys dubbed the actress, ‘pretty, witty, Nell’ due to her beauty and intellect. Gwyn had two sons by Charles and many people have reported ghostly encounters while staying at the hotel. In the family room, people have reported the smell of oranges whenever children stay in that room. The hotel was once used as a military barracks and staff at the lodge during that time frequently reported ghostly apparitions walking around the corridors of this beautiful building with a remarkable history.

Other Haunted Places in Nottinghamshire: