The Ghosts of Marsden Grotto

With the history of this building and the surrounding area, it is little wonder that this place is haunted. Some of the reported instances of the paranormal include strange knocking noises emanating from the cellar as if someone is locked inside.

Staff have reported hearing the chain rattling at the side of the bar, the chain in which customers are kept on the right side of the bar. There have also been reports of whispering when no one is around.

There are also mysterious bare footprints that have appeared on the bar floor, which cannot be washed away.

Staff and guests have also witnessed the ghost of a man that often appears in the lower cave bar area. Also, many dark shadowy figures have been seen in this area.

Related Pages: The Most Haunted Places in Newcastle

The building was built in 1782 by local quarryman Jack Bates, who was later known as Jack the Blaster Bates after his exploits in first creating this unique idea for a building.

The Grotto is built into the limestone cliffs of Marsden Bay in the popular seaside town of South Shields.

The Marsden Bay area is home to many legends and stories of smuggling, deaths, and suicides. In 1782 Jack and his wife moved into the Grotto and ran it as a tea room for tourists to the area. Before long, Jack became involved with smuggling, allowing smugglers to hide stolen goods from the law.

However, in 1792 Jack died, and the building went into a period of decline until 1826 when a local man named Pater Allan purchased the property and restored and expanded it into a 15 room mansion. It is now a thriving gastropub and hotel.

Legend says that a smuggler by the name of Jack the Jibber was hung in the cave shaft by his fellow criminals, after giving information to the government of their various misdeeds. 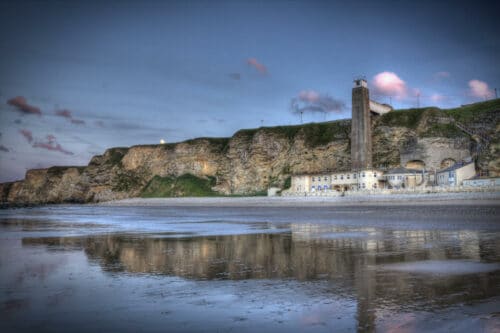 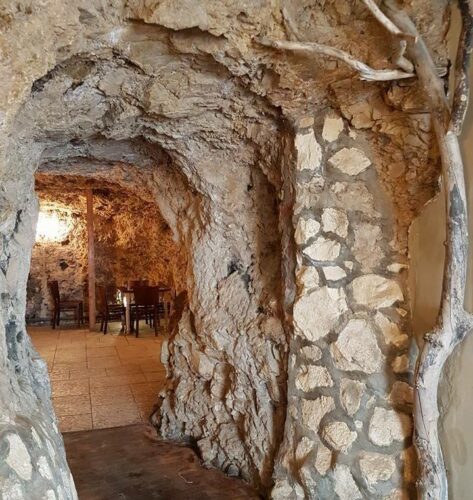 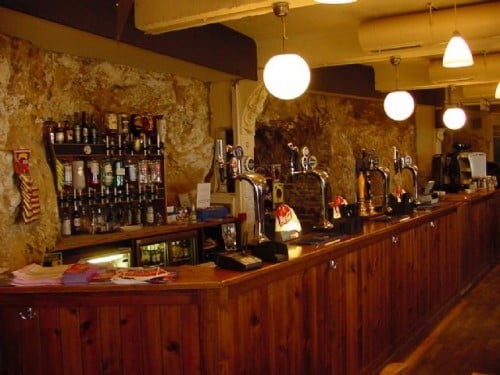 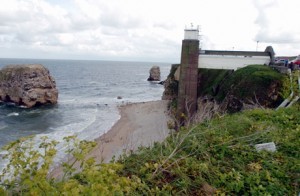 Considering the Grotto is a gastropub, you can visit any time during opening hours, 10am – 10pm 7 days a week.

Booking in advance is recommended.