The Ghosts of Newcastle Castle

Castle Keep in Newcastle is part of the medieval fortification built by Robert Curthose, the son of William the Conqueror, as a defence against Malcolm III of Scotland. Stories of phantom hands, scratches, voices, and poltergeist activity have been reported here.

There have been numerous ghostly stories about Castle Keep, ranging from the sounds of ghostly footsteps on narrow corridors that appear to be empty once investigated to unexplained mists that several visitors have captured on their cameras.

Hundreds of photographs have been published online and in books with sightings of dark shadows, orbs, and mists. Visitors have felt cold spots appear and disappear without any reason, and people have been touched by invisible hands.

The Keep’s most famous ghost is called the “Poppy Girl”. Legend has it that she is the ghost of a flower girl sent to prison because she owed some people money. While in prison, she was raped and beaten to death by the male prisoners. She is often seen on the stairs of the Keep. It is said that when she is nearby, a whiff of flowers is present in the air.

Related Pages: The 7 Most Haunted Places in Newcastle

Castle Keep, made of stone, was built by Henry II between 1172 and 1177. The Black Gate was added by Henry the VIII between 1247 and 1250. The Castle is located on a steep-sided promontory that overlooks the River Tyne. It is an easily defensible site occupied for almost 2000 years. It is believed that there is also prehistoric activity in the place due to the stone axe and Flint flakes found during an archaeological excavation there.

Once, a Roman fort stood on the site, and it was called Pons Aelius. It guarded the river crossing below. In the 8th century, the fort was used as a Christian cemetery. It is believed that the Swing Bridge now stands on the location of the Roman Bridge.

The Black Gate was added to the Castle between 1247 and 1250. It has two towers with a passage running between them. There were vaulted guardrooms on each side of the passage, a drawbridge at the front and another at the rear. A portcullis that could be raised and down also sealed the entrance passage.

The Black Gate was leased to a courier named Alexander Stephenson. He subsequently made a few changes to the gatehouse and rebuilt the upper floors. After not repaying his debts, the Barbican became the property of Patrick Black, the debtee to Stephenson, and this was when the Black Gate got its name.

Today the Castle Keep is a Grade I listed building and is open to the public 361 days a year. It has become a heritage visitor attraction owned by the City Council of Newcastle. It is currently leased and managed by the Society of Antiquaries of Newcastle upon Tyne. 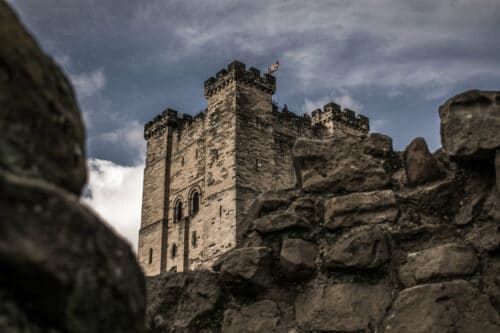 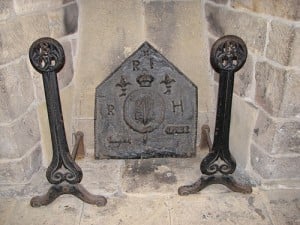 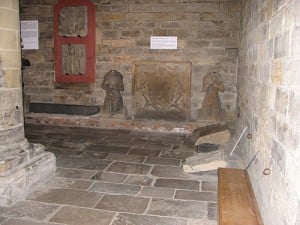 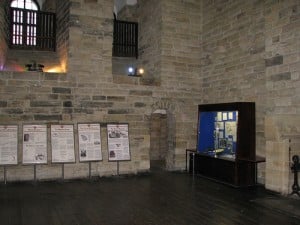 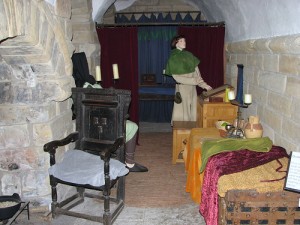 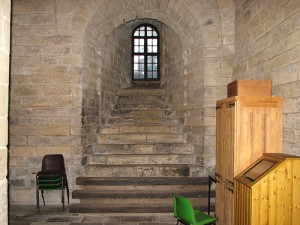