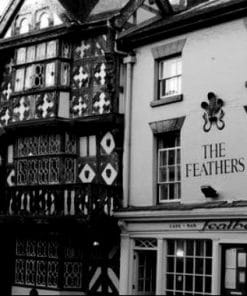 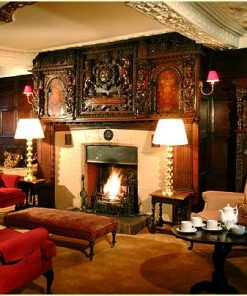 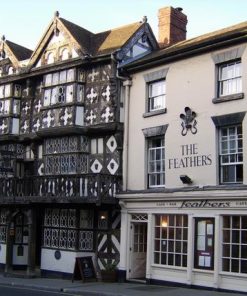 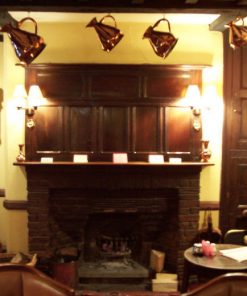 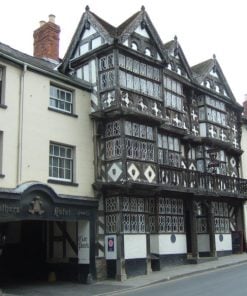 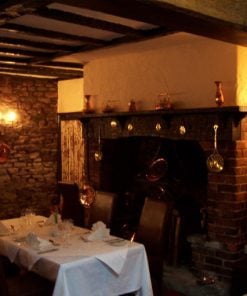 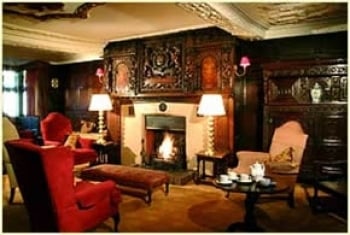 This 17th century coaching inn is not only famous for its Tudor beams and its history, it’s also the home to a considerable amount of ghostly activity. A jealous woman hating spirit, the apparition of a man and his dog, and a scantily clad woman wearing nothing but clogs have been seen…

The Feathers Hotel in Ludlow, South Shropshire, is a Grade I listed, built in 1619 by local attorney, Rees Jones. Its timber frames were once adorned by motifs of feathers, showing loyalty to the Prince of Wales, hence its name. During the Civil War, The Feathers stood as a supporter of the Royalists and it is believed that Royalist soldiers would have lodged here. The son of Rees Jones returned after the Civil War, turning the building into an inn for the first time.

It was to remain an inn for the next 200 years, providing the public with a place to eat, rest, drink, and be merry. It also served as a prime spot for political gatherings, as prospective candidates gave their speeches and shared their ideas to the people of Ludlow from The Feathers balcony. Using the pub to draw people inside for that persuasive drink!

The inn itself was named The Feathers Hotel in 1863 and has since been the focal point for visitors coming to Ludlow, along with Ludlow Castle.

Over the years serving as an inn and hotel, visitors and staff alike have reported countless experiences. Perhaps the most frightening experience occurred in room 211, where an evil jealous spirit is said to lurk. On this one particular night, a guest awoke to find herself being dragged out of bed by her hair. She was a very brave woman, to say the least, as she fell asleep after this episode! However, she awoke again to find herself drenched in water, while the bed around her was completely dry! Her partner didn’t experience much, apart from a gentle stroking sensation on his face

The apparition of a gentleman and his dog has been seen walking through rooms 232 and 233 before disappearing. Perhaps the strangest of all the reports here is of the naked woman in clogs. She is seen in the car park and walking across the road outside the hotel, appearing only to men.

Related article: The Most Haunted Places in Shropshire

On entering this Tudor building you will be greeted by the hotel’s beautiful Jacobean architecture. The New York Times wrote, “I dare say it is the most handsome Inn in the world…everybody knows of it. It is one of the prime images of Olde England, portrayed in posters and brochures wherever tourism is known”.

There are 40 bedrooms throughout including luxury suites, four-poster rooms, spa baths, fireplaces and en-suite. All rooms are spacious, comfortable, and tastefully decorated. The Feathers has its own award-winning restaurant that provides traditional, contemporary, and innovative cooking, using only the finest in local produce. A reservation is recommended, especially at weekends.

If you would like a refreshment, the Feathers Bar, lounges, and courtyard are open from mid-morning, serving tea, coffee, and alcoholic beverages. Pub food is also available throughout the day, with traditional ales also on the menu.

If sightseeing is something you enjoy, the historic town of Ludlow serves up no less than 500 listed buildings. Ludlow Castle is 900 years old, featuring fine examples of Norman, Medieval, and Tudor architecture. The Ludlow Street Market is recommended also. Held in the castle square since the 12th century, there is an abundance of interesting stalls to peruse.

You will also find a number of shops, bars, and restaurants in town too. Closeby you also have Ironbridge Gorge, Severn Valley Railway, Stokesay Castle, and Powis Castle with its world-famous gardens. 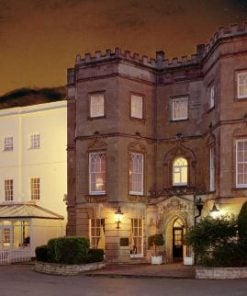 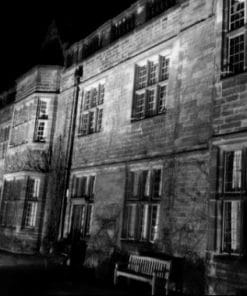 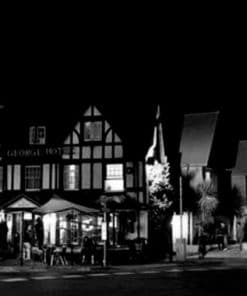 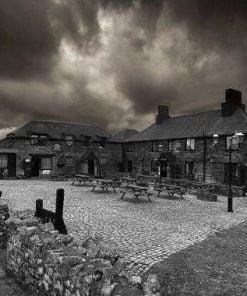