The Prince Rupert Hotel is said to be haunted by a lot of spirits. Shrewsbury also has a reputation of being one of the most haunted towns in Great Britain. Its dark corners, medieval streets and old buildings seem to lend credence of the many talks of spectres and ghostly apparitions surrounding the hotel. There are more than 500 stories of spectres in the town of Shrewsbury. Aside from the spectres from appearing out of nowhere, there is also poltergeist activity. People smell, hear, touch or get touched by things which will make the hair on the back of your neck stand up.

The Prince Philip Suite is said to be haunted by the spirit of a jilted bride.  She is said to have hanged herself in the room after her groom left her on her wedding night. The spectre of the hanging woman is often seen in the room and she is also believed to be responsible for moving the objects in the room around.  The room has since been turned into a conference suite. Room 7, is said to be where a young man killed himself after he found out that the girl he loved left him for his best friend.

People have reported an unseen presence sitting down on the bed in the Prince Rupert Suite. There is also the ghost of one of the hotel’s maids named Martha who has been witnessed wandering the stairs next to the Prince Rupert suite. A medium who visited the hotel encountered her too.

One of the famous encounters is that of one of the directors of the movie “A Christmas Carol”. He was filming in Shrewsbury and stayed at the hotel, whilst at the hotel he saw a ghostly male figure which disappeared through a wall in the hall. Pillows have also been taken from guests and some of the guests themselves have even captured the apparitions on camera.

The Prince Rupert Hotel acquired its name from one of its prominent guests, Prince Rupert. The nephew of King Charles and the grandson of King James I, Prince Rupert stayed in the hotel when he visited Shrewsbury in an effort to raise troops for the Royalist cause. The mansion once had a large forecourt located on the corner of St. Mary’s Street. However, because of dwindling fortune, the mansion had to be divided into five houses. The hotel has been privately owned by the Matthews family since 1996. It has benefited a lot from an investment program over the years.

The Prince Rupert Hotel has always been known for its high standards of service. It is the oldest hotel in Shrewsbury and it is surrounded by structure of Tudor and Georgian architecture and design. The hotel has 70 en-suite bedrooms which can be found on the original part of the hotel. The hotel also offers 15th century oak-beamed suites and 12th century mansion houses.

The original Mansion House has been extended and restores, thanks to the English Heritage. Most of the hotel’s original parts have been kept, including the stone vaulted cellar and the Jacobean staircase. If you are a food connoisseur, you will be delighted to know that the Prince Rupert Hotel offers a great choice of restaurants. There is the Chamber Brasserie, La Trattoria, Camellias Tea Rooms and the Royalist Restaurant. The hotel is also a favourite venue for weddings. You can have a wedding reception for a private luncheon or for even 120 guests. The prices and menus are tailored to the needs of couples. Receptions can be held at the Royalist Restaurant, the Darwin Suite or the Rupert Lounge Suite. The hotel also provides excellent facilities for events, banqueting and conferences.

When you visit Shrewsbury and check in the Prince Rupert Hotel you will see that there are lots of things to do and places to visit. Shrewsbury is a lovely medieval town which has more to offer than its share of ghosts. If you love history and old world architecture and design, Shrewsbury is the place for you. You can visit the Shrewsbury Castle and marvel at the 12th century construction. Part of the original castle still remains. The castle also has its own ghost called Bloudie Jack. There is also the Shrewsbury Abbey which was made famous by Ellis Peters – the very well known British author. The Shrewsbury Museum and Art Gallery are also nearby.

There are events, such as the St. Chad’s Music Festival; International Cartoon Festival; Shrewsbury Children’s Bookfest; Shrewsbury Regatta; Dragon Boat Festival; Darwin themes tours & re-enactments; Shrewsbury Flower Show; Shrewsbury Folk Festival and various other activities. If you came to Shrewsbury for ghosts, you can also participate in various ghost tours and get acquainted with the various spectres who have called the place home for centuries. 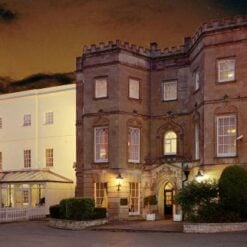 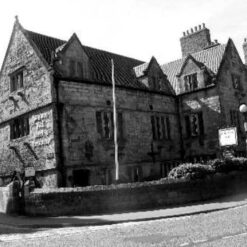 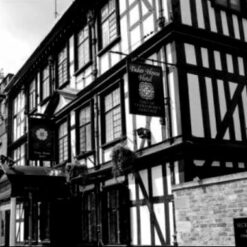 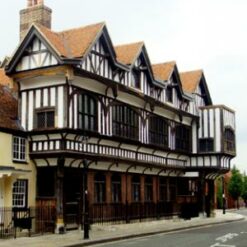