The 12 Most Haunted Pubs in the UK

What better night out than mixing spirits with your spirits? There are plenty of pubs around the UK that are rumoured to be haunted! The ones below are some of the most interesting and many of them have rooms you book too! You can have some fun exploring the most haunted pubs in Britain!

Ye Olde Salutation Inn is one of the oldest pubs in Nottingham. Not only that, but it is built over a system of caves that date back to the 9th century. The six most famous ghosts are Rosie, a young flower seller, three different landlords, a pirate and a highwayman.

Local legend says that 4 or 5-year old Rosie died when a carriage struck her in the courtyard. She was taken down into the caves to keep cool but died before the doctor could arrive. Soon after her death, customers of the pub began to complain of small mysterious scratches. After this had gone on for about two weeks, the pub’s landlord took a doll down to the caves and left it for her. The attacks stopped and since then, people have continued to leave presents for her. There was one landlord who did not believe in her and took all the toys out. All of his beer went off overnight and no one has questioned her presence since.

In addition to Rosie, there are tales of three landlords, all called John, who died in the pub. It is believed that one of them hung themselves, another accidentally poisoned himself and his family after handling rat poison and the third fell down the cellar stairs and broke his neck. One of them is obsessed with the cleanliness of the cellar. If it is messy, he throws things and slams doors.

Other sightings include a pirate who drowned when he fell down a well after hiding in the caves and a highwayman who has been seen drinking at the ground floor bar.

This is the oldest purpose-built pub in the South West. It was originally built in the 15th century and called the Pilgrims’ Inn. According to legend, there are at least two ghosts that haunt this building. One is an elegant woman and the other is a monk from the Glastonbury Abbey nearby.

There are a few versions of the tragedy of these two ghosts. One states that they were in love but unable to consummate their feelings, so they were doomed to wander the building. Another version of the story is that the monk was walled up in the cellar as punishment for breaking his celibacy vow.

This inn is the oldest in Gloucestershire and is believed to date back at least to the 16th century, but possibly older. The resident ghost here is a headless man who drags a chain throughout the rooms and corridors. Some witnesses have seen him wearing an army uniform and perpetuating the theory that he is a defeated Lancastrian soldier who sought shelter after fleeing the Battle of Tewkesbury in 1471.

This inn is one of Bristol’s oldest and was built in 1606. It has a sketchy past with having hosted dog fighting, cockfighting, bare-knuckle boxing and a rat pit. It is believed that the door and walls are lined with human skin underneath the wood and plaster. Gross!

The Jamaica Inn was originally built as a house in the 18th century. It is located on Bodmin Moor in Cornwall, and it harbours several spirits, that embolden its claim as one of the most haunted hotels in the UK. People have heard strange voices and the sounds of wheels and hooves clomping over the cobbles. A man in a tricorn hat has also been spotted walking through doors. One of the spirits is believed to be a man who was murdered after leaving the inn before finishing his drink. Legend says he returns to the inn to finish that drink.

The Hauntings of Jamaica Inn

The Ostrich Inn in Slough, Berkshire, was built in the 16th century, and it has a pretty grisly history. It was a hideout of highwayman Dick Turpin. It is believed that over 60 murders have been committed at this inn. Many of the victims were murdered by the inn’s landlord and wife. They designed one of the bedrooms with a tipping bed and trapdoor. Travellers would slide out of bed, through the trapdoor and into a vat of boiling liquid. Thomas Cole, their final victim, is believed to haunt the inn.

The Drovers Inn is over 300 years old and is considered one of the most haunted hotels in Scotland. It has had many ghost sightings during this time. One of the most recent is a spirit named George, a regular at the inn while alive and is still seen in the bar area in death. His ashes are even kept in the bar. There is also the ghost of Angus the Drover. He was allegedly murdered near the inn and is said to scream through the corridors. An entire family has also been seen in the upstairs bedrooms. This family died near the inn whilst travelling through harsh weather.

If you are looking for a truly spooky experience, stay in room six. The body of a young girl who drowned in the river behind the inn was brought to this room and guests have experienced an icy, small body crawling into bed beside them. The room is hard to heat and the icy chill never fully leaves.

The Skirrid Inn is the oldest pub in Wales. Many ghost hunters and other paranormal lovers often visit the in for ghost hunts and paranormal events. On previous visits, guests have experienced strange noises and moving objects. It is believed that prisoners were brought to the inn and then executed. In total it’s believed over 180 people were hanged here.

This Yorkshire pub dates back to 1503 and it has a long history of being one of the most haunted places in York. Canadian airman, Geoff Monroe, killed himself in 1945 by jumping out a window. People have reported seeing his ghost in full uniform. Unexplained footsteps have also been heard late at night in the hallways.

An additional 14 ghosts are believed to haunt the inn as well. There is Lady Ann Peckett, who people have seen wandering the hallways and moving objects around. You may see One-Eyed Jack, who is missing an eye, dressed in a red coat uniform and holding a pistol. There is also a grumpy older man in the bottom bar area and a young boy in the top bar. People think that the young boy was trampled to death by horses.

The Hauntings of The Golden Fleece

The Red Lion Inn in Wiltshire, was originally a farmhouse that was built in the 16th or 17th century. It is rumoured to be home to five ghosts and a phantom carriage that clatters through the yard.

A woman named Florrie is the pub’s most-famous ghost. She and her lover were murdered by her husband when he returned from the English Civil War. He then threw her body down the well, which now serves as a table in the bar! No wonder she hangs out there.

Dick Turpin’s name also shows up in connection with this inn as he is believed to haunt it. In addition to The Ostrich Inn, he also used this inn as a hideout and his father was a landlord in the 18th century. Not only is he believed to haunt it, but his horse too. There are also tales of the spirits, Juan, who was killed in a duel and a lady in white in the beer garden.

The building that houses The Black Swan was originally built in 1417 when used as a family home. The pub was not built until the 17th century and has some interesting ghosts. There is a man who looks similar to Charlie Chaplin, who paces the rooms as if he is waiting for someone to show up, who never does. There is also a young woman in a white dress with black hair, who enjoys gazing thoughtfully into the fireplace. The weirdest thing of all is a set of legs walking around the landlords’ living quarters.

If you’re feeling brave after a few beverages, you can even book an overnight stay here, making it one of the most haunted hotels in York.

From horses to children to dismembered legs, these haunted pubs are sure to bring some fun to your night. Have a well-crafted cocktail and keep a lookout for spooky apparitions! 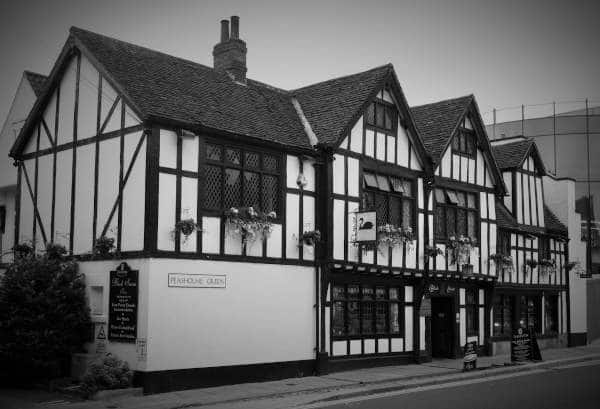 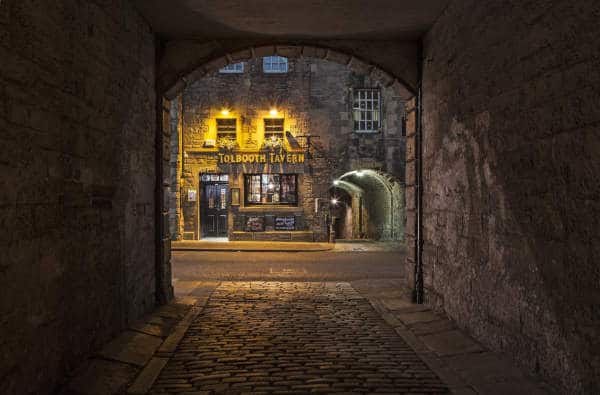 The Most Haunted Pubs in Edinburgh 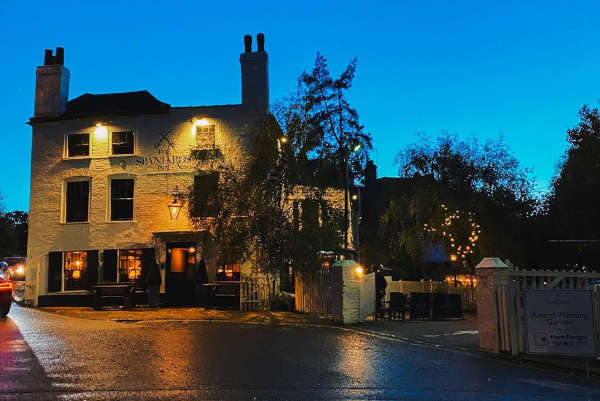