The Ghosts of Gainsborough Old Hall

Gainsborough Hall was built in 1460 by Sir Thomas Burgh. An affluent family, the Burgh’s liked to showcase their wealth and power, so the hall served as a home and displayed their position on the social ladder.

Upon the death of Sir Thomas Burgh in 1496, Edward, his son, was declared 2nd Lord Burgh of Gainsborough. However, he was pronounced insane in 1510 and was never called to parliament.

In 1528 Sir Edward died, leaving his son, also called Sir Edward, possessing the family’s estate. Sir Edward married the soon to be Queen, Catherine Parr, in 1529. They lived at Gainsborough until 1530 when they were awarded their manor in Kirton-in-Lindsey.

The hall entertained many established guests during the 16th-17th centuries, the most notable being King Richard III in 1484 and King Henry VIII in 1509 and again in 1541.

In 1541, he visited the hall with then Queen Catherine Howard, and it was here where one of her alleged indiscretions took place.

She was executed shortly after, and after this, King Henry VIII married Katherine Parr, who was widowed following Edward’s death.

When Sir Thomas died, the fifth Lord Burgh, there was no heir, and the Hall was therefore sold to a William Hickman in 1596.

He made several alterations to the hall, in particular to the east wing. The hall hasn’t changed much since this time, and its timber frames are still a defining feature of the hall, giving it its characteristic stripy appearance.

The hall also has what is believed to be England’s best-preserved medieval kitchen.

You can still see many original features, including two open fireplaces, each large enough to roast an ox, and the two large bread ovens served by a third chimney.

The hall is haunted by Elizabeth Burgh, the daughter of the former Lord of the Manor, Thomas Burgh.

She was ready to run away with her lover, a poor soldier or servant. Her father found out about their plans, and as punishment, he locked Elizabeth away in one of the rooms in the hall. She died shortly after, believed to be from a broken heart. Her tortured soul still haunts the hall in search of her lover. People have reported seeing her with the most sightings emanating from the Tower Room.

However, during some renovations, part of the corridor walls was stripped back to reveal a secret door that had long been hidden away. It’s this area where the Grey Lady has been seen disappearing on many occasions.

The ghost of a small boy has also been witnessed in the hall. He is reported to haunt the West Range, which is now the gift shop. Upon researching the house’s history, there is the record of a boy who died here during Victorian times.

Orbs and several light anomalies have also been witnessed on several occasions by staff and visitors alike. 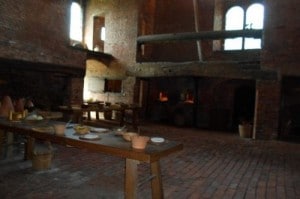 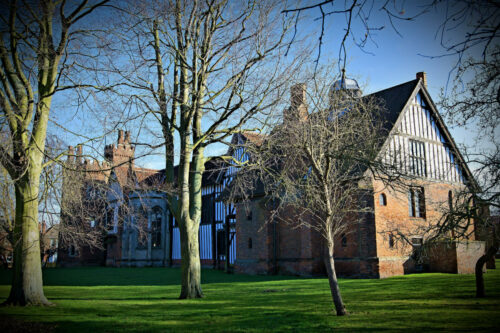 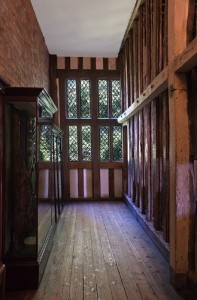 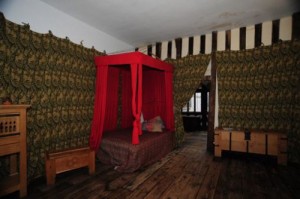 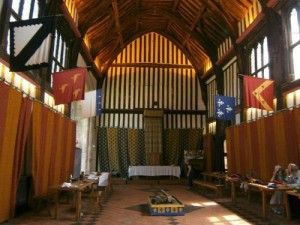 One of the finest medieval houses in Britain, Gainsborough Old Hall, is open year-round to visitors wanting to learn more about its history. The hall is open every Sat & Sun, from 10am – 3pm.