The Ghosts of Eilean Donan Castle

Perhaps the most recognisable castle in all of Scotland? Eilean Donan is undoubtedly the most romantic, perched at the centre of where three Scottish Lochs meet. With a history dating back to the 7th Century, there are no prizes for guessing that ghosts supposedly haunt its grounds.

Famous for its appearance in many films, including the Highlander (with Sean Connery), Eilean Donan Castle was originally built in the 13th Century (by the Clan Mackenzie and Clan Macrae) to defend the area from invading Vikings. They controlled most of Northern Scotland between 800 and 1266 AD. However, it is believed there had been a settlement on this island since the late 7th Century when the Irish Saint Bishop Donan is thought to have formed a small community here.

In the early 14th Century Robert the Bruce was in hiding here for a time. In 1331 Randolph, Earl of Moray, had 50 men executed here and had their decapitated heads put on display along the castle walls.

The castle was a stronghold for the Jacobite rebellions during the 17th and 18th centuries. In 1719 the castle was destroyed by the English Government for its role in the uprisings. The castle was garrisoned by 46 Spanish soldiers who supported the Jacobites when the castle withstood heavy bombardment for three days, leaving the castle in absolute ruin.

The castle was in ruin for more than 200 years until Lt Colonel John Macrae-Gilstrap bought the island in 1911. He rebuilt the castle over the next 20 years until it was formally completed in 1932 to original specifications, returning the castle to its former glory.

The castle you see today is as it would have appeared back in the 17th – early 18th centuries, and as it was when it was completed in 1932.

During the Jacobite rebellion, 46 Spanish soldiers were stationed here when the castle was attacked by several government boats, leading ultimately to their death and the castles’ destruction. One of the more well-known ghosts of Eilean Donan is believed to be that of one of the soldiers that died that day. His eerie apparition has been seen often in the gift shop, clutching his head underneath his arm.

The apparition of Lady Mary has been witnessed many times in one of the bedrooms in the castle. 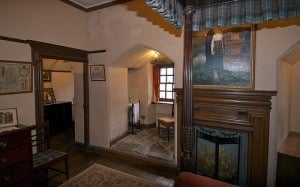 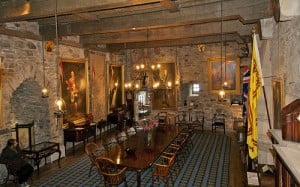 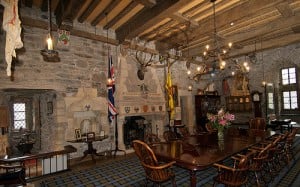 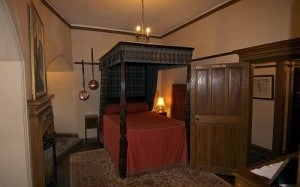 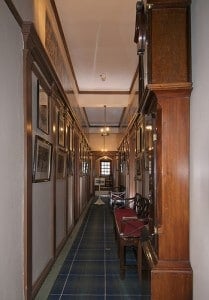 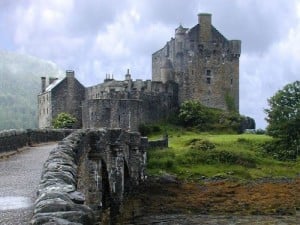 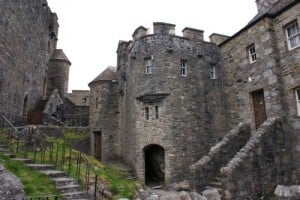 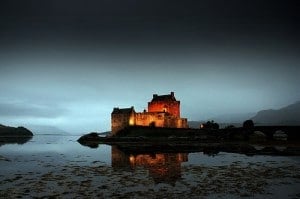 Eilean Donan Castle, Dornie - one of the most locations in the Scottish Highlands

Situated on the meeting point of three locks, Eilean Donan Castle is just a short drive from the picturesque village of Dornie, on the main tourist route to the Isle of Skye.