The Ghosts of Culloden Moor

Culloden Moor was the site of the last ever battle on British soil. The Battle of Culloden on the 16th April 1746 was a bloody slaughter of the Jacobite rebellion, who wanted the Stuarts to return to the throne. In just 40 minutes of fighting, the entire army of Bonnie Prince Charlie’s was dead.

The chances of them succeeding were slim to non-existent as it was, the boggy ground not suited to the highland charge and on top of that, the government forces vastly outnumbered them, and they were also exhausted after several days marching back from England where they had tried to drum up support for the battle.

The battle started with a flurry of artillery fire from both sides, but this quickly became a one-sided affair as the government troops vastly outnumbered and out skilled the Jacobite forces. In just 20 mins of artillery fire, the Jacobite lines were almost completely decimated. With Bonnie Prince Charlie sitting out the battle, they had nobody to take charge, and their hesitations ultimately proved their downfall.

The slaughter continued after the men were wounded and unable to fight, as government troops executed every man they could find, and ones that managed to get away were hunted down and slaughtered. Bonnie Prince Charlie had evaded the pursuing forces for five months throughout the Scottish Highlands until he escaped to Italy via the Isle of Skye, never to return.

On the anniversary of the bloody Battle of Culloden Moor (16th April 1746), ghosts of soldiers fallen are said to rise again, and the cries of the wounded and clanking of steel weapons are heard.

On many occasions, similar reports have been made of a tall man with drawn features in tartan being seen roaming the area. When approached, he is heard mumbling the word “defeated”. In 1936 there was a report from one woman who had lifted a tartan cloth covering one of the grave mounds, only to discover then the apparition of a severely wounded Highlander underneath it. Birds are said never to sing in the area surrounding these mounded graves, perhaps too afraid of the ominous atmosphere.

There are also numerous wells all around the area which are said to be haunted. St Mary’s Well, in particular, is supposed to be haunted by the ghosts of the dead Highlanders. Clootie Well also has some mystery surrounding it – it supposedly offers a cure for ailments, with brightly coloured rags as the offering from sick people of years past.

Related pages: The Most Haunted Places in Scotland 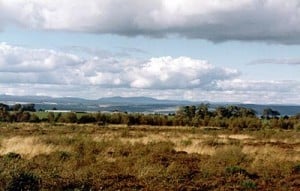 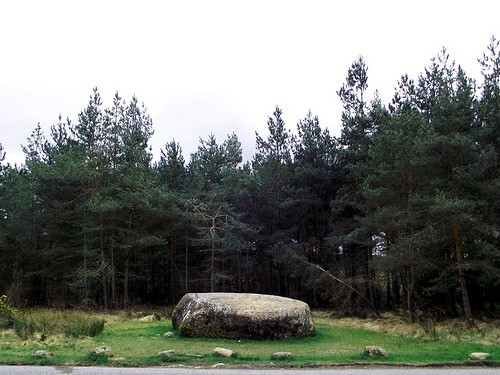 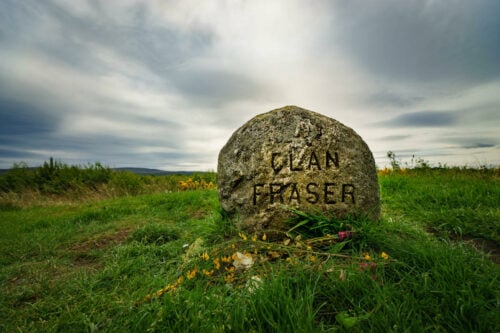 You can visit this powerful emotive place where the 1745 Jacobite Rising came to a bloody end. Entry prices are £11.00 for Adults, 27.00 for families, and £9.50 for concessions.