The Ghosts of Athelhampton House

The house has witnessed its fair share of history, having been built over five centuries ago in 1485 by Sir William Martyn. The house stayed in the Martyn family for over four generations until 1891, when it was sold to Alfred Cart de Lafontaine. He set about restoring the home to its grand past. He also had the formal gardens created, which we see to this day.

In 1957, the house was bought by Robert Victor Cooke, who in 1966 passed Athelhampton onto his son, Sir Robert Cooke MP. It remained in the Cooke family until 2019 when it was purchased by economist, Giles Keating at auction for £7 million. The house and gardens are now open to the public year round. 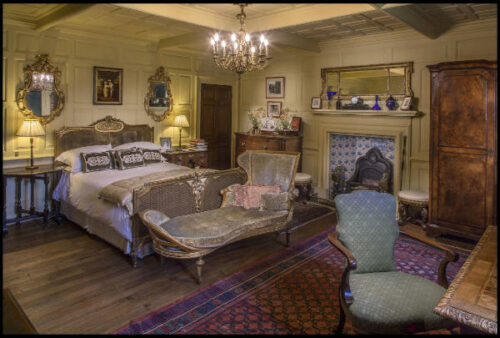 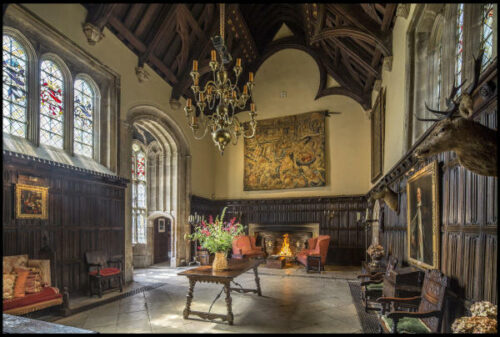 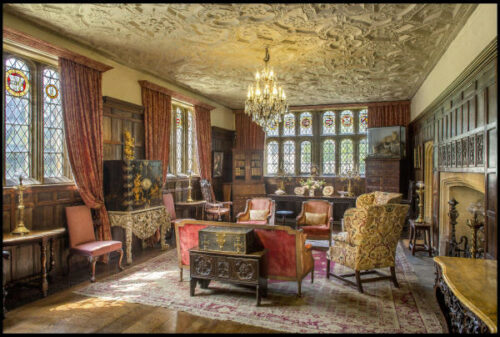 Athelhampton is considered to be one of the most haunted houses in England. It played host to the Living TV Most Haunted crew for one of their first-ever episodes.

One report that stands out at this location is the pair of duelists in the Great Chamber. One day a woman was trying to relax and read a book in the Great Hall when two unknown men burst into the chamber in the middle of a sword fight. The woman continually pulled on the bell rope for the servants, but nobody arrived. She turned to her side and continued reading while the fighting continued until one of the men were cut on the arm and left the room.

Later that day, the woman reported the incident to the owner, and he replied, puzzled at the whole thing. He stated, “I can’t understand who the men were you had seen, as all the guests of the hotel were here at tea, so you would have seen them”. Still, the two men have never been identified, although the house is believed to have had connections to the Royalists during the Civil War.

The wine cellar adjoins the Great Hall and is said to experience tapping from a ghost known as ‘Cooper’. Various owners, staff and guests of Athelhampton House have all seen what can only be described as a Grey Lady. The current owner of Athelhampton, Mr Robert Cooke, has reported seeing her in the early hours passing through the walls in the bedrooms.

A dark apparition that looked like a monk was seen by one of the housemaids in broad daylight. The woman became aware of footsteps behind her in one of the corridors. She quickly turned to see the monk standing outside the bathroom door. It is believed that this person was the Catholic priest to the Martyn family.

Perhaps the most well-known ghost of them all is the pet ape, which was accidentally entombed in a secret passage behind the Great Chamber. Though the spirit has never been seen, you can often hear it scratching from the panels of the Great Chamber as it tries to escape.

The gardens and house are open year-round at Athelhampton. The gardens are open Sun-Fri 10am – 4pm, and the house is open 11am – 4pm every day.