The Ghosts of Pengersick Castle

It’s been reported that there are over 20 ghosts that haunt the castle and its grounds. Perhaps the most common of which is the apparition of a monk. He can often be seen around the small forest at the end of the medieval garden. Instead of the usual appearance of a monk with a long brown robe, this monk is wearing a wide-brimmed hat.

Guests have awoken in the middle of the night to find the apparition of a woman standing looking out of the window. After a few moments gazing out into the night, she turns and walks to the bed, lying down clutching her stomach in agony. Could this be a former lady of the house who has been poisoned? It is believed it is. However, there isn’t any historical evidence to suggest this.

The ghost of a 13-year-old girl is said to haunt the battlements after she was blown over the edge by a strong gust of wind whilst dancing. She is believed to attempt to push people over if she disapproves of them.

The ghost of a young boy has been known to go around pulling on women’s dresses or attempting to hold their hands.

Pengersick Castle certainly has its fair share of paranormal reports. If you are one of the brave few who would like to attend an investigation, they are held regularly.

Related pages: The Most Haunted Places in Cornwall

Pengersick Castle in Praa Sands is believed to be one of the most haunted locations in Cornwall. The Pengersick family had lived here since the 12th Century when it was built. However, there is evidence that the site dates back to the Bronze age, some 5000 years ago. The Pengersick family were amongst the most notorious in all Cornwall, with many legends associated with them throughout the years. The Pengersick’s suffered in numbers during the plague in the 1400s, and the remaining heiress then entered a dynastic marriage, resulting in the creation of the Tudor Towers, which you see at the castle today.

During the past 35 years, the castle had been under the ownership of the late Angela Evans. Mrs Evans founded the Pengersick Historic & Education Trust to fund the castle’s restoration after she had passed away. The castle is now owned by the trust she set up, and work on restoring the castle to its former glories continues to this day. 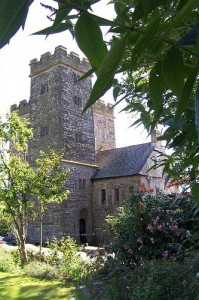 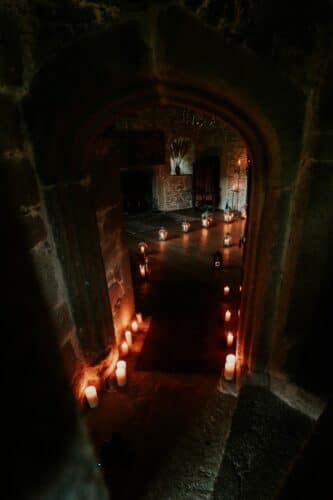 Pengersick Castle is now an events venue that specialises in Weddings. There are tours on offer, but you need to pre-arrange these with the venue.

You can book a castle tour by phoning 01736 763 973 or email chairman@pengersickcastle.org.uk