The ghosts of Bodmin Jail

This ominous-looking Bodmin Jail was originally built for King George III in 1779 by the prisoners of the Napoleonic Wars. Inmates transported the 20,000 tonnes of granite it took to construct the jail, from Bodmin’s “Cuckoo Quarry”.

Due to chronic overcrowding, the prison was extended several times in the 1800s until it was finally closed in 1927.

During the First World War, the jail played host to the Domesday Book and state papers. It was also reported that it held the crown jewels for a time.

During its darkest times as a place of punishment, there were 55 prisoners executed by hanging between 1785 – 1909.

In 1844 a crowd of over 250,000 gathered to watch the execution of the Lightfoot brothers (William and James), who were convicted for the brutal robbery and murder of a local well-known timber merchant (Neville Norway). Such was the clamour the watch the executions unfold, train carriages carrying around 1,100 people had stopped on the railway that ran alongside the jail.

The last hanging was held here back in 1909 and was for a William Hampton. The hanging was a private affair with only prison staff, the Governor, High Sheriff, Mayor, and local Vicar present.

Today the gaol has been renovated to encompass a 4-star boutique hotel (opened in February 2021), which includes 70 rooms, a bar, and a restaurant. The Bodmin Jail attraction is also a new addition to the jail, which is an immersive experience taking you back in time to the 18th and 19th century Cornwall penal system.

Many of the souls that lost their lives on the noose remain. The spirit of Matthew Weeks (executed in 1844 for murdering his lover Charlotte Dymond) is said to have been seen on several occasions, as he wanders around the jail pleading his innocence.

Another famous ghost of Bodmin Gaol is Selina Wadge. She was hanged for the murder of her younger disabled son in 1887. It has been said that she tries to grab any young children visiting the jail and also suppresses her feeling upon pregnant women.

One of either William or James Lightfoot has been seen down in the ground floor cells. They were both hanged for the murder of Nevell Norway. Another ghost that has been seen is that of Anne Jefferies who roams around the jail. Anne was left to starve to death as she did not admit to being a witch. It was 3 months until she died, leading many to believe she did, in fact, have supernatural powers.

A figure of a priest has been seen in the chapel area. Ghostly apparitions have been witnessed in the bar/restaurant area and mediums have come into contact with several spirits including one of a prostitute who was wrongfully executed. In the area where they housed naval prisoners, a thin gaunt-looking man has been seen in one of the cells.

Around the jail many visitors and staff often report the feeling of being watched, orbs have been seen down the corridors, footsteps have been heard, voices, rattling keys, and people feeling as though they’re being touched.

Many people have reported feeling tugging at their clothes and a popular experience is that of children screaming in the lower ground floor cells. In the naval area, stones have been thrown at the current owners, and loud bangs have been heard inside the empty jail from the people outside.

Related pages: The 7 Most Haunted Places in Cornwall 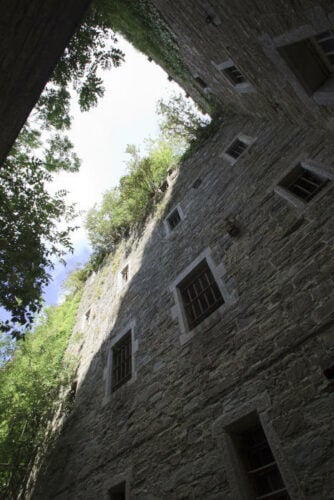 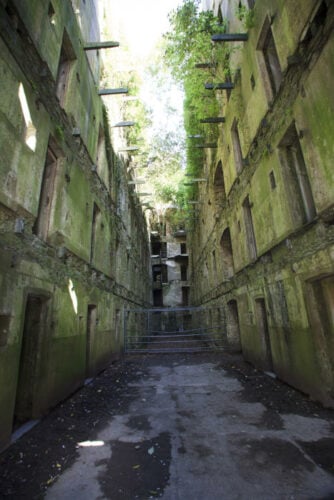 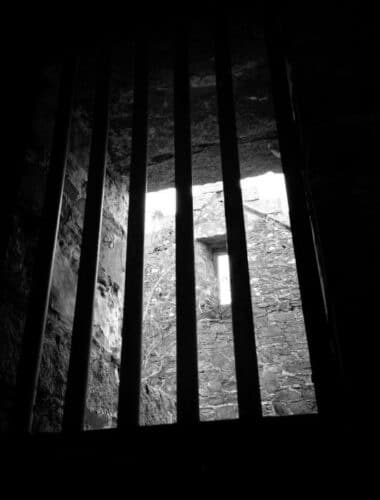 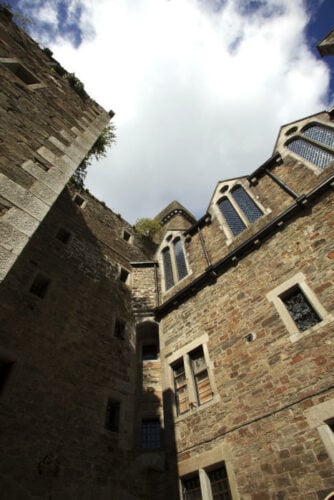 Today, Bodmin Jail is a luxury boutique hotel and award-winning tourist attraction. Combining luxury and history, every space in the hotel is respectful to its past, yet provides modern comfort and indulgence you’d come to expect from the finest hotels.

Classic rooms start at around £200/night, with breakfast an optional extra. You can add dinner to your stay, and a ticket to the Bodmin Jail Museum attraction. If booking two people in a Classic Room, with Breakfast, Dinner, and museum tickets, the total cost is around £320.