Join Haunted Rooms on a full night of ghost hunting at the Old Lark Lane Police Station – where one of Liverpool’s most notorious murder suspects was held back in 1889!

With ties to infamous murderers including Jack the Ripper!

Ghost hunt with Haunted rooms at one of the country’s most haunted and infamous old police stations. The activity that’s been reported here over the years as well as on past investigations is nothing short of terrifying. Apparitions, dark figures, EVP’s, poltergeist activity you name it!

Currently in use as a local community centre, the Old Lark Lane Police Station has a colourful history to say the least. Housing Liverpool’s criminals since the 1800s, the old cell’s also housed one of the city’s most notorious murderers, Florence Maybrick. She was convicted of killing her husband, alleged Jack the Ripper, James Maybrick in 1889.

Now, together with our team, it’s your turn to unravel the mystery that surrounds this ominous location.

Do you think you have what it takes to undertake a lone vigil in the old cells?

After splitting into smaller groups investigations will start around 9:30 PM until 2 AM. During your evening you will conduct several vigils in the most haunted areas throughout the night using some of the best ghost hunting equipment you can get your hands on. This includes some of the latest and greatest Hi-Tech equipment as well as the traditional.

We can’t wait to welcome you to this fantastic location. Just make sure you bring your game face as this place isn’t for the faint of heart!

Florence who was originally from the USA met James Maybrick a local Cotton merchant whilst travelling by ship to the UK with her mother. Aged just 19, and despite an age gap of 23 years, she married in London shortly after arriving.

Their marriage appeared perfect from the outside, and the seemingly happy couple were regulars on Liverpool’s social scene, regularly invited to important social functions. However, this was merely an illusion, as reportedly James was a hypochondriac and regularly used substances such as arsenic, and was claimed to have had a number of mistresses, having 5 children with one. 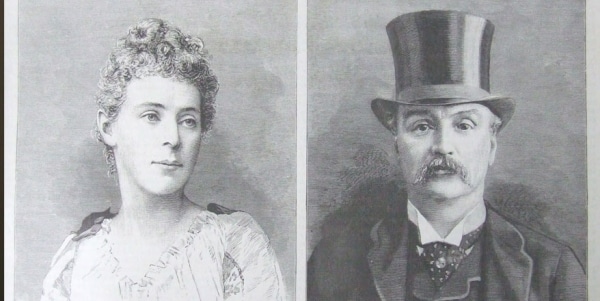 Florence, unhappy in a loveless marriage had a number of affairs herself. After being told of his wife’s liaisons, a violent row ensued, which resulted in Maybrick assaulting her, and announcing his intentions of divorce.

On 27th April 1889, Maybrick was taken ill after supposed arsenic poisoning, and his wife was the main culprit. After a sensational trial in 1889 that gained notoriety on both sides of the Atlantic, Florence was convicted of murdering her husband, James Maybrick – the alleged Jack the Ripper!

Access & Parking: There is no designated parking for the venue, though there is ample street parking available. The entrance to the building is from the Sefton Grove side.