The Ghosts of Chislehurst Caves

These caves are believed to have been dug initially to find chalk and flint back in 1250. However, they could be much older than that. The only written proof the caves exist is in Church mining records that date back to 1737.

These caves go on for around 20 miles and are packed full of mysterious passageways and caverns. The mines in the caves were last used around 1830, but they have played various roles since then. They have been used as a tourist attraction, concert venue, air-raid shelter, ammunition depot, and mushroom storage. Today it’s used as a tourist attraction again and as a location for films and shows, including Dr Who and Merlin.

These intimidating caves have seen a lot of supernatural activity. The reports seem to centre around poltergeist activity such as locks being thrown around, cables being torn from the sockets, and chalk being thrown at visitors.

One of the more infamous ghosts of the caves at Chislehurst is that of a White Lady. Her apparition has been witnessed rising from the pools and floating down its seemingly endless tunnels. Her spirit is believed to be tied to the location where she met her tragic end at her husband’s hands. The bones of a woman were discovered here back in the 1940s, but this has done little to stop her malevolence.

Another spirit known to haunt the caves is a young girl who reportedly died during a partial cave collapse in 1939. Her spirit and several other child spirits are known to throw things at visitors and giggling, and weeping can be heard coming from dark empty corners.

Related pages: The 5 Most Haunted Places in Kent 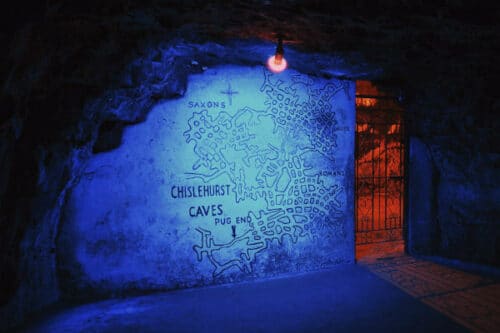 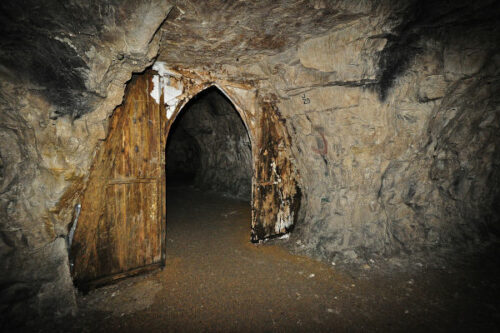 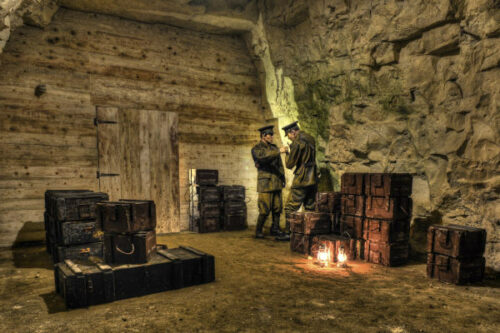 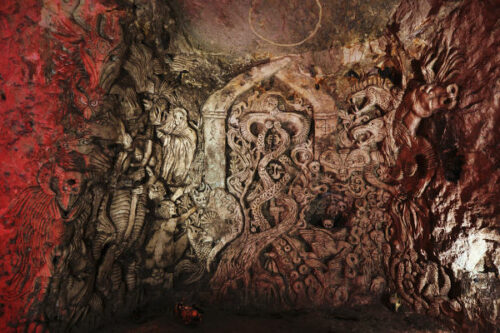 To tour the caves, you must join one of the guided lamp-lit tours. Tours leave every half hour and last for 45-50 mins.